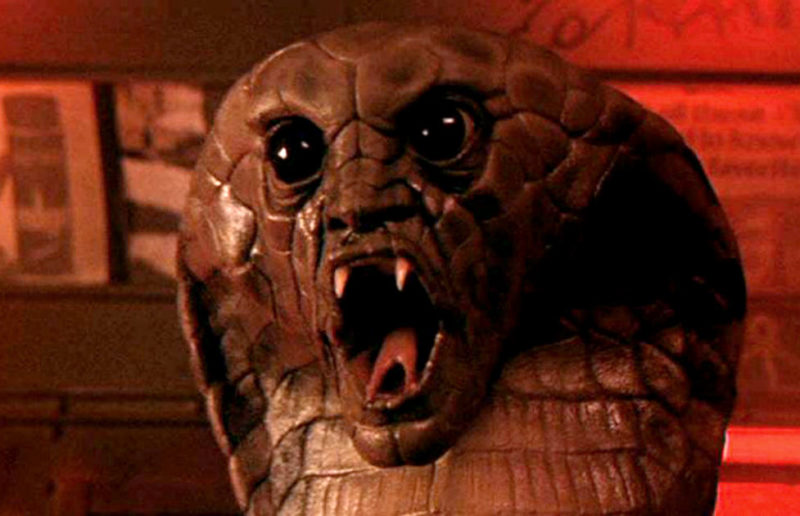 When I was writing last week’s episode up, I had questions, as I’m sure we all did. I asked Steve, and he said to wait because we’d get some answers next week.

So here we are… it’s next week, and I guess that’s SORTA true. We don’t know the total scope of Darius’ new powers in terms of game mechanics – how often can he use it, how many rounds does it last, does he even (yet) control it, or does it just come out when it wants to, etc.? But we get a little bit of enlightenment as far as the story of his mark. And in particular, we get the fact that it’s a very stylized letter “N” which maybe gives us hints about its origins (or was that an “M” as in “Mancy”?), and Darius also has a dream vision of his mother, reassuring him that the mark was not sinister and could be used for good. The latter annoys the heck out of Alhara – why doesn’t SHE get dream visions of Mom – but also suggests a trail of breadcrumbs back toward the rival circus, as maybe Darius’ father can shed some further light on the topic.

Among other things, I thought this was a really great roleplaying moment for Rob T. because it showed a whole new side of Darius we hadn’t seen before. Up until this point, we’d only really experienced the big, boisterous, happy-go-lucky, extroverted version of Darius… pretty much unafraid to tackle the world’s challenges as long as he was stocked up on Pocket Bacon. Even the more subdued version of him we saw in heart-to-hearts with other party members was more Benevolent Sitcom Dad dispensing nuggets of life wisdom. This time, we actually got to see an out-of-sorts Darius, shaken in his usual confidence, worried about the possible negative effects of this power that had unleashed itself. It’s always cool when a player can take a character to a new place in a compelling way, and I think Rob really pulled that off here.

We also get a little more insight into Ateran’s mistrust of druids – it turns out they were raised by druids, who were abusive toward them as a youngster – and a bit of an apology for losing their cool with the captured priestess. And we also briefly get into the fact that Hap is either firePROOF or at least fire RESISTANT. Guess we’ll need to park her in front of increasingly strong red dragons and have them breathe on her and see at what point she starts taking damage. FOR SCIENCE.

Oh, we also got a little more information about some of the treasure the group picked up. Turns out the fancy trident can lengthen or shorten so that it can be optimized either for throwing or can create reach in its longer configuration. Someone’s going to have to let Chris Beemer know that exists, so Thorgrim can keep an eye out for one… he sure does love throwing that trident of his. Also, one of the scrolls was a spell called Personal Rain Cloud. It creates a little cloud that, in terms of tangible effects, extinguishes non-magical flames and provides 2 points of fire resistance. (And if a creature has a weakness to water, also does water damage, in case you find yourself in a Wizard of Oz crossover campaign.). I find myself wondering if it has any applications within the circus environment because as a combat spell, it seems fairly useless.

Needless to say, after the events of the last few episodes, a long rest is in order, so the party barricades themselves in the… maintenance shack, I guess?… so they can rest and heal up, and then the exploration resumes the next day.

The first bit of good news… we find that the book that was needed to satisfy the side quest was NOT in the room that caught fire, but in a separate room, so it was unharmed. The same cannot be said of the poor librarian, whose dead body is found locked up nearby. We also find the first secret door in… geez, I don’t know when… we might almost have to go back to Dead Suns for that. Plaguestone? Don’t remember there being a secret door. We had a few pit traps on the Black Lodge side, but a secret door? Been a while.

Next, the team discovers the hermitage’s animal hospital, a discovery that ought to make Hap pretty happy. Most of the cages are empty, except for one fairly specific habitat enclosure that’s held closed with wire. Is opening that cage going to trigger a combat encounter? Damn right it will. Does the party do it anyway? Of course they do.

My first reaction to the smoke leopards was to think they were distant relatives of Ember, my pet fire cat from the Plaguestone adventure. Could this all be part of the Paizo Connected Universe? Did these guys ever work with Vilree?

I did respect that Hap at least tried to just let them go – good to see Hap staying true to her critter-lovin’ roots. That said, it became pretty obvious these cats weren’t ones to just be let loose, or our heroes might get back to town to find half the circus eaten. On the other hand, glass half full, I did also have the very brief thought that Plaguestone history could repeat and Hap could tame one of these cats as a pet. Though I’m not sure a cat that engulfs you in smoke and obscures people’s view would work well with Hap’s pyrotechnics act.

As this fight unfolded, I was actually surprised how tough it ended up being. Their first few strikes, you heard 5, 6 points of damage, and… certainly, in comparison to the demons from last time, I figured this should’ve been a walk in the park, right? But then two things happened. First, the cats got a run of TREMENDOUSLY good luck on their rolls – particularly against poor Alhara. Second, the concealment from the smoke ended up being much more of a pain in the butt than one would’ve initially thought. Not just the 20 percent miss chance; it also complicated basic movement and attempts to work together as a team. Being unable to see people heal or buff them? Kind of a problem.

So the fight goes back and forth a bit, but then the party finally gets their act together, Darius lands a timely crit, and the cats are beaten. Poor Alhara took a bit of a beating, but the rest of the party should be able to continue… and that’s where we’ll pick things up next week. As always, feel free to drop by our Discord channel or other social media and let us know what you think of the show. Thanks for listening, and we’ll see you next week.