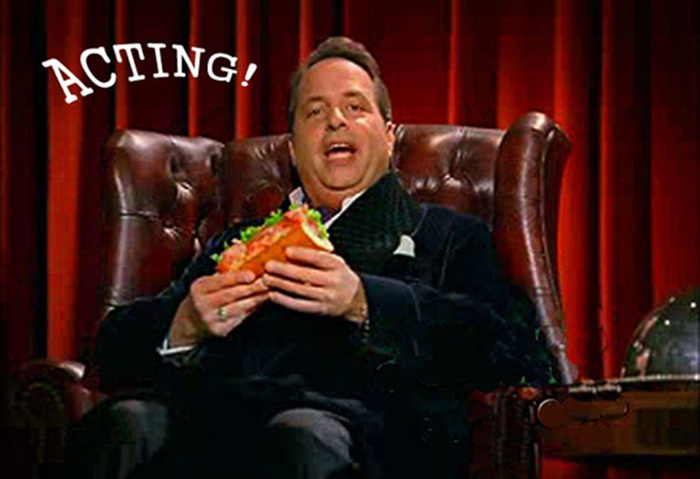 My dilemma this week revolves around the mystery of Hap’s unknown origin.

Part of me wants to play Sherlock Holmes and really dig in on this. Break out all the sourcebooks and figure out exactly what combination of feats we’re looking at here. I know elemental humanoids in First Edition – Ifrits were the fire-friendly ones – but unless got access to some super-secret Paizo stuff that’s not released yet, I don’t recall there being an Ifrit for Second Edition yet. Maybe stealing some sort of draconic bloodline or something?

This week, I even started to wonder if it’s a mechanism specific to the Extinction Curse AP. I had been assuming it was a character development thing that Steve and Loren worked out between them, but now we’ve also got Darius waking up with a weird mark on his arm too. So maybe there’s some mechanism Paizo whipped up specifically for this AP that causes ch-ch-changes in people, above and beyond normal character development. Could that be? Or am I just being silly? Or do ALL the characters have little surprises in store for us as they level?

But then there’s another side of me that says “you’re thinking WAY too hard about this; just roll with it and enjoy the story”. Not everything has to be analyzed until it’s a joyless math exercise. So, OK… Hap is turning into Spicy Hot Cheetos Hap, and we’ll eventually learn more about what’s going on there – it’s not like it will NEVER be explained.

So this week was a fun episode. Not only did it go deep on roleplay, but it went broad as well – I noticed almost EVERY one-to-one interaction available within the team got some “camera” time. Really the only one missing was Alhara and Hap – I don’t recall the two of them getting more than a couple passing comments to each other. It was almost the “Tales Of Ba Sing Se” episode of Three-Ring Adventure. (Guess who just finished re-watching Avatar: The Last Airbender?)

First, the groups broke into Varus siblings in one corner and Hap and Ateran in the other. Rob T. and Vanessa didn’t break a lot of new ground or have any big dramatic revelations, but they’re really building a nice warm familiarity between their two characters that I’m enjoying a lot. They did plant some seeds that might bear fruit in future episodes, though, sending the letter to try and find the whereabouts of their father. Loren and Rob P.’s chemistry works in more of an “odd couple” way where the differences between the characters make their interactions interesting. You have Ateran, fairly buttoned-up and cautious, trying to focus on the mission at hand, but you can see them TRYING in their own way to open up, but not really having a feel for how to do it. On the other hand, you have Hap, who’s far more interested in playing matchmaker and life in general… very much the teenage girl; you’d barely know there’s an adventure going on listening to her side of the conversation. And in this interaction, we get tension between those two viewpoints when Ateran tries to get Hap to discuss the changes she’s starting to experience.

Then we had a re-shuffle and had Ateran and Alhara spend time together while Hap and Darius did the same. These interactions both blew me away in different ways.

I’m going to go out of order and talk about Darius’ interaction with Hap, because Rob T. managed to channel an almost parental role in a way that was really warm and felt real. A few shows back, Steve mentioned one of the scenes he did with Hap as being like talking to his own daughter, and this felt similarly authentic. As a parent, I really felt this moment: you have these times where your kid is hurt, confused, whatever, and you want to know what’s up but you also don’t want to be part of the problem by being too pushy, so you just kinda… be there for them and hope they’ll talk about it when they’re ready to. I just thought Rob really nailed that feeling.

Ateran and Alhara… I have thoughts on this, but they can all be summarized under the positive umbrella of “I’m impressed how well they’re developing this”.

I feel like romantic interactions between characters are probably some of the hardest things to do in a game setting like this. I’m not talking about “we’re a couple in real life so we’re going to be a couple in-game and mine our existing relationship for the details”. I’m talking about building a new relationship between two fictional characters when the people playing them are also still figuring out who those characters are as individuals… that’s such a delicate thing to figure out. Especially when it takes a level of trust in the other person to go to what’s kind of a vulnerable place, even for fictional characters.

First and foremost, I’m impressed they’re doing this all on the fly. I found myself in disbelief that they didn’t have some sort of “script” in mind for this, so I actually broke the fourth wall and asked Vanessa if they have any pre-planning or any of this is scripted. Her answer was that they have a little bit of a sense where the relationship might go, but everything that happens in an individual session is completely spontaneous in the moment. That’s crazy… in a good way. And maybe that’s what makes it feel so authentic.

The other thing I appreciate is they’re not rushing it and even allowing the relationship to step backwards as well as forwards. I feel like there might be a tendency to rush to “get to the good part”, but they’re willing to let it be a little awkward and maybe even have moments where they misunderstand each other, to let it develop a little more organically, and that also makes it feel more real.

And here’s the thing. I don’t know whether I’m ultimately rooting for Ateran and Alhara to get together or not. In real life, I’m NOT an “opposites attract” person; I’m more of an “opposites mostly annoy the shit out of each other” person. Alhara may be a bit too carefree and Ateran may be a little too reserved for it to work. But I AM vested in seeing where it goes, and I AM convinced that wherever Vanessa and Rob take it will be the right place. For now, that’ll work.

The last interaction isn’t the biggest, but we haven’t really seen Darius and Ateran interact outside of battle much, so it was nice to get them some time together. Smoothing over the ruffled feathers from the last battle and acknowledging their different approaches to fighting maybe isn’t as weighty as some of the other interactions in this episode, but it’s still good to see the Robs working off each other a little since we haven’t had much of it yet. Between this and the Hap interaction, I do see some development creeping in at the edges with regards to Darius embracing a real leadership role instead of just being a guy who fills a room by talking loud and punching stuff. He’s slowly turning from a fun-loving doofus into a fun-loving doofus with a sense of responsibility to his fellow show people.

And OK… honorable mention for Loren and Steve roleplaying Hap’s magic show for the little girl. We get so used to thinking of Pathfinder adventurers as grizzled veterans that it’s fun to have an interlude where Hap The Teenager shines through, just showing off her magic dog to a little kid who had a rough day.

The only “downside” of this episode is that because of all the character development, not a lot actually happened. We got a quick fight against the air mephit trapped in the armoire (NITPICK: maybe it’s because I’m stuck on A:TLA’s definition of the elements, but why does an air mephit blow sand, again?) and then released what’s left of the Hawfton Mill to its rightful owners. And then it’s mostly downtime. On the horizon, it FEELS like it’ll be time to get back to the circus for a while, so that’ll be fun – I want to see what a few characters and more familiarity with the system do for their act the second time around.

But I guess we’ll see that next time. While you’re waiting for next week’s show, feel free to stop by Discord and let us know what you think of the show so far. Thanks for listening and we’ll see you next week.