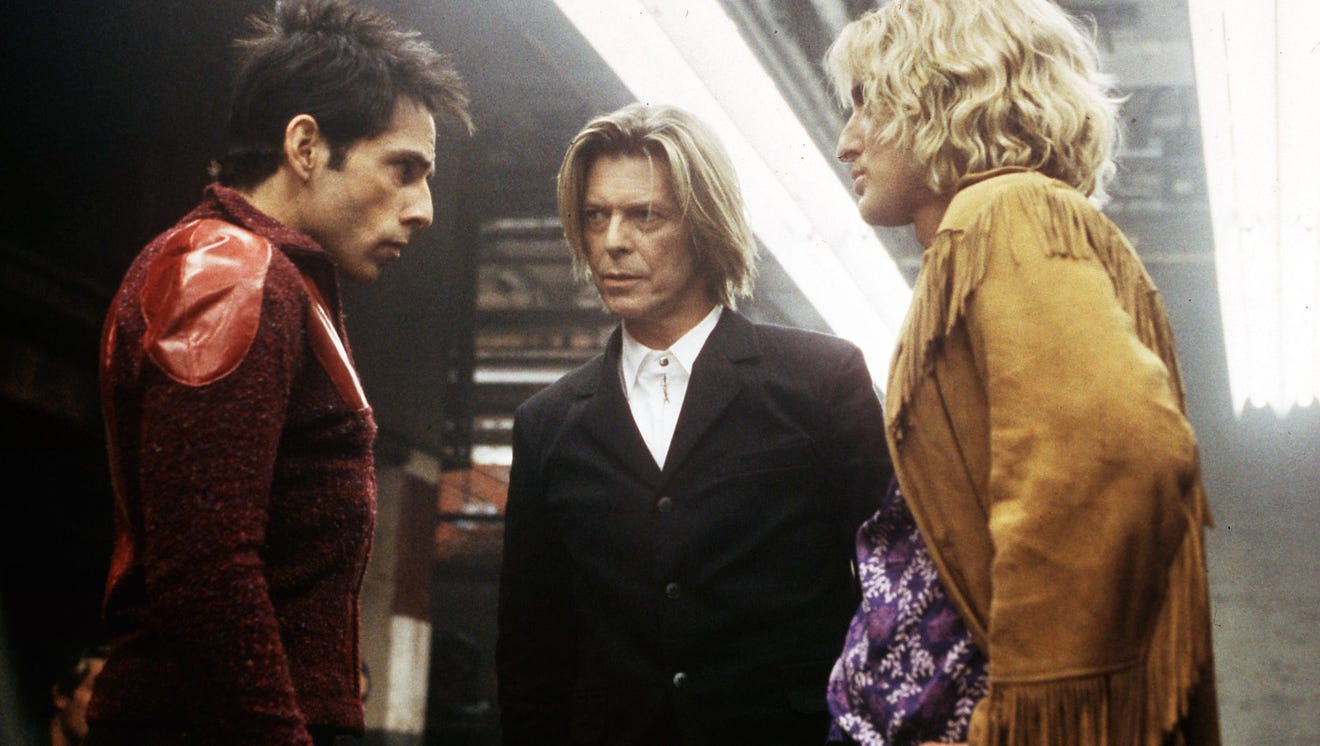 I have to admit the first part of this week’s episode made me a little giddy.

The whole concept of dueling rival circus acts is so… OK, it’s ridiculous, but in a good way. I immediately started catching flashbacks to the “walk-off” scene in Zoolander – all that was missing was David Bowie judging the whole thing. But I didn’t just appreciate it as a chance to break out my Big Box Of Pop Culture References; as a game thing, I also thought it was a nice outside-the-box way to handle a skills challenge. It feels like a lot of skills challenges are either “talky” NPC negotiations (bluff, intimidate, etc.) or doing knowledge checks and Perception searches until you find whatever bread crumb you’re supposed to find. This was something that actually found a way to tread a different path; embellished by some pretty great roleplay in describing the various acts.

First thing I loved was Hap Hero-Pointing (Is that a verb now? I guess so…) the opening salvo out of pride. It’s so easy to get into the habit of hoarding Hero Points – and don’t get me wrong, they are fairly precious resources – that it’s nice to see someone burn one for almost purely roleplaying reasons. Hap didn’t want to get shown up, so she went and did something that might be tactically dangerous just to stay in the game. Nice little moment.

The next thing I liked was the other circus having a strongman who was JUST a bit bigger and badder than Darius. In my head, that played out like a dozen action movies where the bad guy who’s sitting down stands up and turns out to be a lot bigger than expected. The perfect finishing touch would have been if Steve had Viktor break out a “I MUST BREAK YOU” when they squared off.

Not a moment I “liked” exactly, but as a memorable moment, they really weren’t kidding about Alhara’s clown/acrobat counterpart being a creepy son-of-a-gun. Steve sent me the picture later for reference, and WHY would you put that in a show you want the public to like? Pretty much everyone took note of the Wolverine claws. Various skulls, spikes, and fishhooks as ornamentation. Really horror-style makeup and jagged spiky-teeth. And to top it all off, bright orange Carrot Top hair. (And I think Steve gets Roleplay Moment of the Week for the creepy-ass voice.) Again: WHY? CIRCUSES ARE SUPPOSED TO BE FUN!

The only thing that disappointed me a little was there wasn’t any room for Ateran to do anything. To be fair, Rob himself didn’t seem too put out and handled it with aplomb, but I would’ve liked to see the whole team have a chance to participate in the act.

Under the heading of “wrapping things up in too-convenient packages”, I find myself wondering if the other circus has any involvement in the ongoing shenanigans and that we’re going to see the circus groups engage in actual combat at some point. It seems like something that could happen. Or maybe I’m just a little paranoid. Though rest assured, if it does go down that way, I’m gonna back up the dump truck of Anchorman references and the episode title had BETTER be “Boy That Escalated Quickly!”.

After successfully winning the circus battle, we get back to more conventional adventuring, and that means investigating the barn with the guardian plants. And here I think we see Steve’s point in action about things finally starting to come together for the group. I don’t know if it was specifically better tactics, a little bit better luck with the dice (they did land a couple of fortuitous one-shot kills against the mephits), or what, but it seemed like they had a much easier time of it then they had in the last few battles. OK, Alhara maybe pulled a little more heat than she would’ve liked a few times, but overall, it felt more under control than most of the past few battles.

I think to the larger point, I think it takes a level or two to really get going in Second Edition, even more so than with First Edition. I think with crits being easier and multi-attacks being the norm, I think getting through Level 1 tends to be more about playing defensively and sheer survival than coming up with brilliant battle tactics. I think once you’re level 2 and you can actually survive a hit or two, and even one crit won’t necessarily ruin your day, then you can start thinking about how to get the most out of your party. At Level 1, it’s mostly NOT IN THE FACE!

For comparison, in my 5E home game, we very rarely lose characters at Level 1. I’m not saying it NEVER happens, but it’s not this sense of constant dread, and often, somebody did something specifically stupid to cause it.

The one thing that worried me a little about this fight wasn’t any of the enemies, but the ladders and the changes in elevation. Chokepoints in terms of movement? The possibility of falling damage? Yeah, that’s trouble waiting to happen. But somehow it never really became an issue, as the fire mephits up top got wiped out before the battle really went all that vertical. I was prepared for that to be the great unraveling, but it didn’t quite pan out that way. Whew!

As the episode closes, the battle draws to a close, and we’re going to potentially identify the voice that’s crying for help. But we’ll have to save that for next week, as we’re getting ready to do our live performance at PaizoCon in a few hours. As always, feel free to drop by Discord or other social media and let us know what you think of the show. Thanks for listening, and we’ll see you next week.