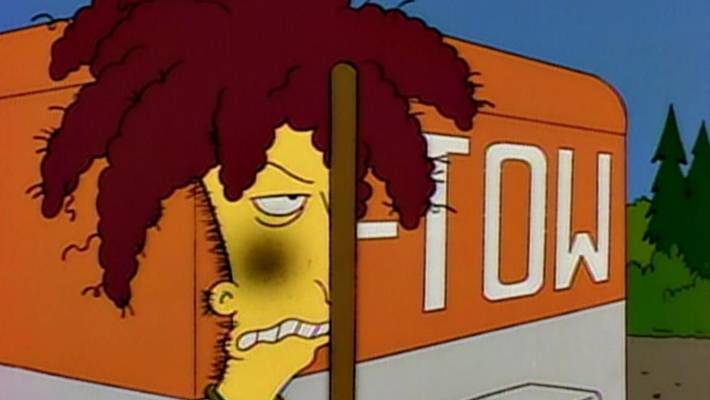 Jason recaps the events from Agents of Edgewatch S3|20: Cone of Coal.

I apologize that this week’s column is arriving late: it’s been one of those weeks, both good (Steve actually visiting Pittsburgh along with several other long-time friends, kids’ birthdays falling this week) and bad (procrastinating on doing my taxes because I knew I owed for the first time in years, getting a little too obsessive about assembling my initial Diamond Dynasty squad in MLB The Show). But I finally added Jack Leiter last night as my missing fifth starter, and I knocked out my taxes this morning (grumble grumble), so I’m good to return to the world of Pathfinder minutiae.

(And yes, I know I lost some non-zero portion of you with the baseball talk, but I gotta be me. Can I win you back by pointing out that my team is the “Countryside Burninators” and I used the logo editor to make my team logo a picture of Trogdor? YES, I USED CONSUMMATE V’S.)

As an aside, Steve brought a copy of the Battlezoo Bestiary book with him on his trip into town because he figured I’d like to see it, and it’s BEAUTIFUL. I won’t be doing a formal review because that’s all sorts of conflict of interests, but it turned out really well.

This episode is a little weird because it’s almost like an episode of the circus show, as I’m ALMOST a spectator to the action. I talked about this a little last week, but it’s really on display this week: I was so busy shooting arrows from a safe distance last week, that the whole fight took a left turn and ran off to the north and left me all by myself back in the central bath chamber. Therefore, at least within the flow of this episode, I’m not doing a lot – I basically have to burn two whole rounds just to get back into a position where I’m even able to fight, and by that point, John and Chris have done most of the hard work. The first move got me onto a straight line with the fight, but there was an elevation change that prevented me from getting line of sight, so the second round was moving up to a point where I could see into the room to shoot. (But at that point I had to just move into the room and use my sword-cane anyway.)

I console myself by saying that it’s not cowardice, it’s just editing. This whole sequence is a running fight that spans the next 3 or 4 episodes (depending on whether the Franca fight becomes one big episode or two smaller ones). I was busy last week, I’ll be busy next week, but based on where Steve cut the action, this week I happen to just be along for the ride.

Meanwhile, Chris starts the action this week by providing us with some broad physical comedy, blowing through not one but TWO acid traps in his pursuit of the remaining lizardfolk. Now… part of me just wants to make fun of him for his hubris, but let’s be fair that some of that is built into his character. When you’ve got a metric ton of hit points and take feats that can turn saves into critical saves, maybe blowing through traps without a care in the world is just playing to the strengths of your build. Though let’s be honest, the comedic effect is still akin to the Cape Fear parody episode of The Simpsons where Sideshow Bob keeps stepping on rakes over and over.

For a good chunk of the episode, the battle remains a matter of cleanup. Yes, there’s a room where the lizardfolk are keeping more FBI Guys, but our melees are better than their melees, and we should be able to make fairly quick work of them. And then…

CONE OF COAL. And yes, I’m envious of John for coming up with that line. Yes, I tried to keep up with “Revenge is a dish best served coal”, but no… too wordy. John nailed it on the first take. Sometimes you take the L with grace and move on.

Turns out the cone of coal isn’t the real problem, though. It was a nasty little surprise — and made for a heck of an entrance — but the real danger is the EXPLODING crossbow bolts Franca is firing. A one-shot of area damage… eh, you can power through it. Multiple bursts of area damage every round? That’s going to be an issue.

Though don’t think Basil isn’t taking notes. Down the line, if Basil can put some area damage on his arrows… yeah, that’ll be a good time. But that’s an item for the Christmas list; for the moment, we gotta stop her and separate her from the bomb.

As an aside, I suspect the bomb isn’t down here directly – if it’s gotta disperse, setting it off underground BELOW all your victims doesn’t seem to make any sense. So I assume it’s more like we defeat her and she TELLS us where the bomb is.

So the boss fight is engaged. We don’t get very far into it before the episode break, but we start to at least do some feeling out. There’s good news and there’s bad news. The good news is that once we close to within melee range, she drops the crossbow, so no more area damage. And her base melee attacks don’t hit especially hard. She may have other special abilities, so I’m not declaring victory just yet, but it’s a promising sign. The bad news is that she’s shaping up as hard to hit – I think it took a mid-30s roll to hit, and our attack bonuses are in the +20 neighborhood, so that’s looking like a 15, 16 on-die to hit, maybe even higher for some things like spell DCs and saving throws. So while it looks like we can survive whatever she’s going to throw at us, it may also be a little tough for us to score damage on her, and we’re pretty much only critting on a Nat-20. And it’s also picking at the back of my brain that I’m a little worried if she runs for it and this turns into a pursuit situation – she seems kind of rouge-ish in her build, so a bunch of chase mechanics may not favor us.

But that will be next week (and maybe the week after). For this week, we’ve found our target and it’s time to bring her to justice. As always, feel free to drop by our Discord channel or other social media and let us know what you think of the show. Thanks for listening and we’ll see you next week.