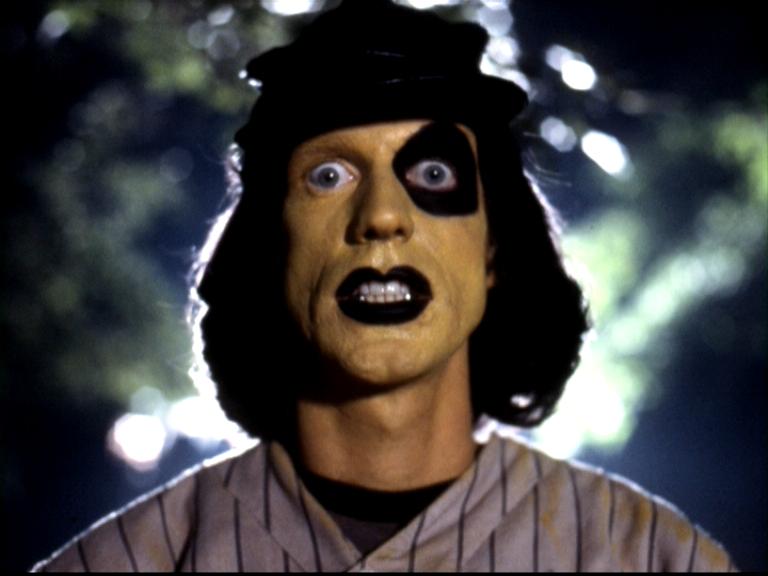 Jason recaps the events from Agents of Edgewatch S3|05: Lawful Stupid Is My Alignment.

Welcome to the last Edgewatch summary of 2021. There should still be another Talking for Three-Ring, but the one wrinkle there is my brother is coming to town later in the week, and the final phase of my merrymaking may be in full swing by then.

I see Steve called me out a little in the show notes, and… eh, he’s right. I suppose the one biggest change is my son starting a new job, but not having a) well-defined hours or b) a driver’s license. So there are nights when it’s hard to get working on Talking because I have to go pick up The Boy, and that process can take anywhere from 20 minutes to an hour and a half. Plays havoc with my ability to stay on a consistent schedule. Check back next week: maybe I’ll make it a New Year’s resolution to get back on schedule in 2022.

This week, we have one of our classic Paralysis By Analysis episodes where we spend a LOT of time going back and forth on the questions of whether to accept the meeting and whether to actually bring Gord or leave him behind as an insurance policy. The first one ends up being the easy one – what we REALLY need out of this is a face-to-face with Maurrisa Jonne, and this gets us that. It was the whole reason to snatch up Gord in the first place. If we turn around and refuse the meeting outright, we don’t really have a Plan B. So we quickly come around to the fact that we have to make some sort of appearance.

The real crux of the matter lies in the second question: the truly logical thing to do would be to leave Gord behind because if we bring him to the meeting, one possible outcome is her attacking us as revenge for going after her brother. Gord not being there would be our one piece of leverage because harming us doesn’t get him out of a Starwatch jail cell in another district where she has no base of power. If anything, it seals Gord’s fate AND makes her a higher priority target for law enforcement, if she graduates to openly attacking cops. Having said all that, it does seem like the easy/metagame storytelling answer is to just bring him and resolve this in one meeting because this is the resolution of the side-quest and we want to get on with finding the Twilight Four.

For me, it comes down to “do the right thing for your character, and let the GM tell you if it’s going to work or not”. As players, we should do what makes sense, and leaving Gord behind is what makes the most sense. If Steve doesn’t want it that way, he has the power to pull strings and create a scenario where Gord HAS to be there.

And OK… I was a little frustrated at Seth in this moment, because I felt like we’d come to a pretty strong agreement that we WEREN’T going to bring Gord, and then we’re on the way to the meeting and he just casually starts with the “well, I’m talking to Gord because I went ahead and brought him anyway”… despite the conclusion we’d reached as a group. I wasn’t going to interrupt the session at that point because we’d just spent 30-40 minutes on the “bringing Gord” question, and even I didn’t want to re-open that can of worms, much less do it to the listeners. Especially not for something that would be more out-of-character arguing than playing. But internally… I’ll admit I was a little annoyed.

But hey, with 20-20 hindsight, maybe it was the right call anyway. With Gomez working on Gord on the way to the meeting, we were actually able to get him kinda-sorta on our side, so he was willing to put in a good word with Maurrisa when the time came. So maybe Seth’s kinda crazy… crazy like a fox!

Once a working truce is established, we’re able to get some more information on the situation. Basically, Maurissa claims she was a reluctant participant in the Skinner’s schemes and didn’t REALLY want to help them. (That’s the second gang leader to make that claim if you’re scoring at home). So between Gomez’s charm and taking out the Skinner, we’ve actually earned enough goodwill points that she’s willing to overlook kidnapping her brother. The NEW deal she offers us is that if we disrupt the Diobel Sweepers’ operations and eliminate Bloody Berleth, she’ll give us some dirt on the Twilight Four. And she even knows where the Sweepers’ main alchemical lab is – she just doesn’t want to attack it directly because it could set off full-scale gang war, dragging in a bunch of other allied gangs we haven’t met yet. PLEASE LET THE BASEBALL FURIES BE INVOLVED IN SOME WAY!

I have to admit feeling a bit conflicted about this. On one level, I don’t like the idea that basically we’d be serving as a mercenary force for a gang leader. That doesn’t seem like something we should be doing as agents of the law. And OK, whatever she may say now, SHE’S the one who was cooperating with the Skinner – unless there’s a connection we haven’t seen yet, there’s no evidence the Sweepers were involved in that. REALLY the only thing that suggests the Sweepers are worse is that their boss is nicknamed “Bloody” Berleth: not a nickname you get for your formidable backgammon skills.

Misgivings aside, we’d still be disrupting the gang activities of another gang – it’s not like she’s hiring us to mug innocent civilians for her. So we’d still be reducing the overall crime level, AND we’d get a lead toward the Big Bad that threatens the whole city. So it’s a bit of a deal with the devil, but it’s JUST inside the envelope of “enforcing the law” so I guess we’ll be doing that.

One day later… that IS what we’re doing… but we’ll be doing it next episode. So come on back for the last episode of 2021 and see what happens. As always feel free to drop by our Discord channel or other social media and let us know what you think of the show (though we’re a little scarce around the holidays). Thanks for listening and we’ll see you next… well, for this column, next YEAR.