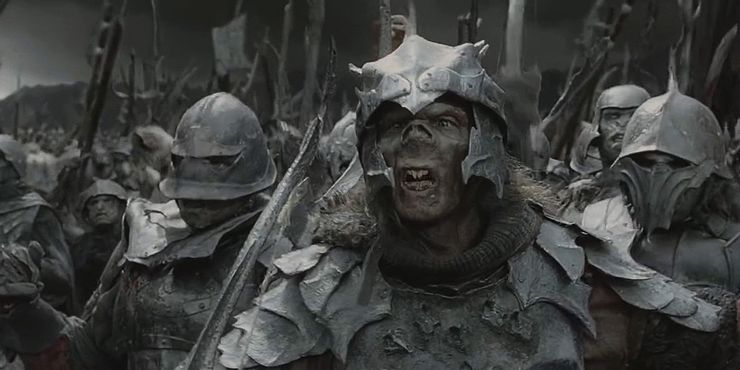 Jason recaps the events from Agents of Edgewatch S2|27: Whenever I Think of You I Touch Myself

Welcome to Dungeon Pull 2: The Gomez Show. I say that because the focus of this week’s portion of the battle seems to be our resident sorcerer: both getting some solid use out of his existing spells but also breaking out a new one that probably knocked a round or two off the fight all by itself.

Before we get into that, I wanted to revisit Steve’s show notes, and the idea of Steve “helping” us by managing the flow of the fight a little. I’ve probably at least touched on this in other columns, but I actually think this is the way GM’ing SHOULD be done, and that more GMs should view their role this way.

Sometimes I think the word “game” in “roleplaying game” should come with sarcastic finger quotes because it implies a more adversarial relationship between player and GM than should really exist. I know there’s inertia in that direction: the GM controls the bad guys, which pushes them into a position of opposition to the players at times, so it certainly can feel at times like the GM is “against us”. (And OK, Steve has a knack for leaning into that when he gets aggressively happy about critting us twice in a row. Just Sayin’.)

But if that’s the relationship you want… play RISK or something, I don’t know. Everyone turns into a bastard when they play RISK.

What we’re REALLY doing here is telling a story, and in some ways, the true purpose served by the game elements is to create a random influence on the story that NEITHER side can totally control. And that gets to one of the “dirty little secrets” of this hobby: most GMs (at least the good ones) like to deal with surprises just as much as players do. For a good GM, part of the fun is to have random things happen that they DIDN’T expect, and to have to figure out how to deal with them in real-time. Sometimes that’s the actions of the players; other times, it’s a lucky (or unlucky) roll of the dice that alters the trajectory the story was previously on.

Seen through that light, “killing the players” should not be the primary goal of the GM. Telling a story that sits right in that sweet spot between success and failure and makes the choices of BOTH “sides” interesting feels like the better goal to shoot for. If that means massaging the flow of a fight to make the action a little more “theatrical” and exciting, maybe that’s what it SHOULD be.

Having said that, I also don’t think it’s a GM’s job to keep players alive until the end of the story either. I think it’s one of those “partial credit for showing your work” things. If the players are being aggressively stupid or not communicating well as a party*, failure up to and including a TPK can be a price for that failure. But if the players are engaging with the story, they’re making reasonable decisions, and their actions are moving the story in a compelling direction, it’s not the worst thing in the world to use the GM’s powers to keep the good times rolling.

*I meant this statement at the encounter/tactical level. At an overall “gaming table” level, I do think a GM can mediate communication issues between party members who are at odds: in that case, they can serve as a neutral party who wants the game to succeed and wants both players to enjoy the game. But within the tactics of a session, if your players are getting their asses kicked because the players are playing dysfunctionally and not sharing toys with the other children… that’s not the GM’s job to fix, and a near-TPK ass-kicking can actually be a pretty good teacher in that respect.

And OK, Steve also makes a point which I’ll amplify. When it takes a full 2-3 hour session to run a combat, it’s easy to forget that a round is supposed to represent six seconds of fighting, so even a LONG combat is supposed to represent… a minute? two minutes?… of real-time. Applying that to this fight, it means that from the moment the cultist sets off the alarm, we’re actually talking about it taking 20 or 30 seconds for the cultists to get their shit together and launch Maverick on Alert-5. That actually doesn’t seem unreasonable. If anything, having reinforcements POUR into the room 12 seconds after the fight started would be the unrealistic play.

And that circles us back to this week’s live-action. To take up Steve’s point about ebb and flow… this week is the valley between the two peaks. Last week started fast – we didn’t look where we were throwing our fireballs and pulled six or seven bad guys on us, TWO of whom were the Skinstiches that were also full of bugs. (Can’t believe I forgot to give kudos to the Oogie Boogie reference!) So that came out of the gates flying.

As we enter this episode, we had gotten the cultists down to a manageable number and even had one of the two swarms dealt with. So… lull in the action. Among other things, we finally get to put Gomez’s touch-heal to use. It’s not the FIRST time we’ve ever taken advantage of it, but it’s arguably the BEST use we’ve made of it. Once we’ve done some healing, we’re left with a fairly straightforward fight (except for the remaining swarm) against a bunch of melees with no particular extra talents.

We’ve got this, right?

And then that’s when Steve deploys the next wave of baddies. Again, these guys aren’t tough, but there are a lot of them, and they’re also coming from a COMPLETELY different direction: if not for Lo Mang coming up at the right point in the initiative and “putting the cork in the bottle”, they could’ve easily swarmed me and Gomez in the back ranks. And that WOULD have made things pretty hairy. But even then, that leaves Dougie kind of out on an island against the remnants of the first wave because we’re all up top dealing with the new threat.

At least until Gomez deploys hydraulic torrent. Here we see a line-effect spell at its most beautiful. When enemies are able to come at you from multiple directions, it pales in comparison to a cone or area effect, which lets you be a little more loosey-goosey. Line effects require some precision to get full value. But when you get that rare moment where four guys are forced to charge at you through a straight corridor and funnel themselves into the killbox for you? DAAAAAAMMMN. (Even moreso when two of the four crit-fail their saves.)

NOW we’ve got this, right?

And then the door far to the southwest opens. At the risk of offering a mild spoiler, the door to the front porch where the big uglies were hanging out. Wave 3, locked and loaded for next week. If you’ve stuck around for the cannon fodder, I assume you’re gonna want to see how it goes against the big guns.