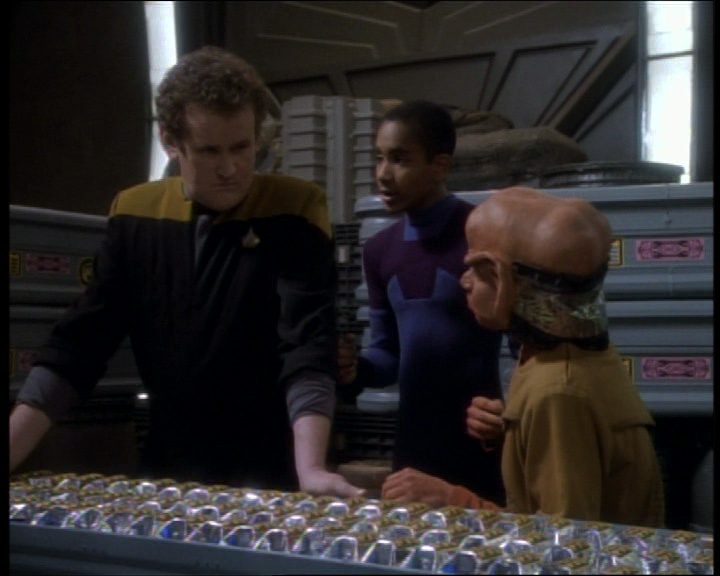 So I guess Basil’s an archer now! That’s… unexpected.

It’s not that I have anything against archery – beyond maybe a little bit of concern about encumbrance given Basil’s low strength – but there were two dynamics at work that made me a little hesitant to step up and claim it at first.

The first is I didn’t want to be greedy within the party. Basil just got Pratchett’s sword-cane, which was the single best piece of loot from the last adventure… a potency AND a striking rune, plus the ability to apply poison. Now we have a second magic weapon, and I’m going to take that too? It felt like a little bit much. Doubly so when I already have multiple (ammo-free) ranged options from magic: I’ve got Ray of Frost as my Wizard cantrip, Electric Arc as an ancestry ability, and Produce Flame as long as I have a hand free to use the Staff of Fire. That’s already a fair number of ammo-free options available to me.

(And OK… less altruistically, if an armor rune or a property rune for the sword-cane comes up later, it would be nice to be able to say “well, I haven’t gotten any new loot since the sword cane”. Always keep an eye on the long game.)

The other thing – and this is where we get into the more meta-conversation of the week – is it wasn’t particularly part of The Plan for Basil. When I see Basil in my brain, I see much closer to a brain-based swashbuckler, bobbing in and out of melee range, stabbing things with his sword cane, and that was going to be 90% of his job. Honestly, I’m not sure I really planned for a ranged attack beyond that Electric Arc I got from my ancestry feat. Even choosing to archetype into Wizard was a reluctant concession to the idea that we didn’t have much flexibility with three melee-dominant characters and only poor Gomez doing all the caster duties.

Thinking about my modus operandi in past gaming systems (First Edition, 5E, etc.), I don’t hard-plan every feat I’m going to take, but I do have a “mind’s eye” idea of the destination, and that tends to inform the choices en route. Now, rumor has it Chris Beemer will sometimes build his character from 1-20 before the adventure even starts, and I don’t go THAT far. But I do tend to “build backwards” from what I think the Level 20 character is “supposed” to look like. Endgame Basil wasn’t shooting arrows at people, so a bow didn’t seem “right” at first glance here at Level 5.

But I don’t know if it’s a function of Second Edition or I’m just changing as a gamer, but I’ve found myself to be far more flexible when it comes to 2E character builds. Back in Plaguestone, I was sure Brixley was going to go with the divine weapon option because it was the most immediately useful (free property rune…? Yes, please!) but then the adventure handed me the perfect steed in Ember (as long as I could handle the flames). Here… I didn’t think Basil would be shooting arrows at people, but the more I started thinking about it, it’s another damage option, and I am kind of the logical one to use it: Dougie and Lo Mang are supposed to be up front in melee and Gomez has slotted in as the healer and utility caster. That makes me DPS Guy, so how I apply that damage is kinda up to me. So I’ll at least take it for now; if it’s not helping, we can always transfer the rune and sell the bow.

The one other reason I decided to give it a try is that there are different types of ammo that can apply different statuses. They’re kind of expensive, and the DCs aren’t great, but keeping a few different “special” arrows in the quiver might be a way to pick up some added flexibility; think of them like scrolls that you don’t have to stop attacking to use. No giant boxing-glove arrow, though. Leave that one for the comics.

Now, skipping ahead to the end of the episode, I do realize we botch the rules on Devise A Stratagem at first. Basically, I stopped reading the text in parentheses a little too early. I got as far as “which must be agile or finesse”, got pouty, and didn’t finish reading out to “if it’s a melee weapon with the thrown trait”. So if you’re shooting a ranged weapon with ammo, Devise A Stratagem is fine (Bard v. Smaug is upheld); if you’re using something like a throwing axe or javelin, the weapon has to be agile/finesse. Don’t worry, though: if I remember out-of-game events correctly, I stew about it between sessions, re-read the passage, realize my mistake, whine at Steve, and we get it right going forward next week. (Spoilers!)

Meanwhile, more happened than JUST me getting a cool piece of loot. Honest.

The xill attack turns out to be a fairly easy fight just because we’ve got numbers. He doesn’t particularly have much in the way of special abilities, so it’s a slugfest, and while the xill’s attacks are no joke, Dougie’s maul tends to win those. The main takeaway of this fight is that we start to realize that this bank is PROBABLY not the one to get hit. If they have magical wards strong enough to keep extra-planar creatures from getting out of their vault, they’ve probably other equally nasty wards to take care of more pedestrian threats. It’s still a hunch for now, but we’re moving it down the list compared to the other two.

Our next task is tracking down the non-bank leads, starting with the (cue the Big Yellow Highlighter) WASTE OF TIME. And as we investigate, we get the “or so it seems” moment, where the fire was really designed to distract from the theft of a mechanical lift that was part of a float being stored there. (Said lift being too heavy for one person to move, which further rules out the ex.) It certainly sounds like such a lift COULD be incorporated into a bank heist, though it’s a little fuzzy exactly how it would work. Getting over the outer hedges at the second bank? An attack from the roof?

Now, the rest of the party seemed disinterested in sorting out the domestic situation and getting the husband to forgive his ex-wife, but that feels like Doing the Job instead of just playing Adventurers Who Are Also Cops. To me, convincing this guy to stop dumping his emotional baggage on his ex and local law enforcement seems like part of our responsibility, even if it doesn’t directly impact catching the bank robbers, whereas the others were mostly “got the info, let’s move on”. But we finally talk the guy down, he accepts that his ex didn’t REALLY burn down his barn, and we can move along.

The rest of the episode… Steve describes this as “Yak Shaving”. My analogy of choice is the Star Trek DS9 episode where Jake and Nog attempt to sell a case of self-sealing stembolts: they have to trade it to person A, but person A really wants something person B has, who really wants something person C has and so on. In this case, Chadaxa the money-lender is willing to help us out if we clear up some of her legal woes, but her legal woes are controlled by the same guard captain who needs our help with the smuggling ring (which was also Task #6 on our list anyway). So if we clear out the smuggler’s den, she’ll clear Chadaxa to operate during the festival, who will sort through our leads and give us some clearer guidance (we hope). It’s also another example of “all roads lead to Rome” by the game designers: if you somehow skipped Chadaxa and dealt with the smugglers first, you’d help disperse the smuggling ring, at which point the captain would owe you a favor; then when you went to Chadaxa, you’d already have the favor in-pocket and just need to call it in.

So of course we’re gonna go fight some smugglers. Even though “bugbear bodyguard” is one of those phrases you’d rather not hear in a mission brief. But hey… this is what we do. Only now one of us does it with arrows!

And that’s where we pick it up next week. While you’re waiting, feel free to drop by our Discord channel or other social media and let us know what you think of the show. Thanks for listening and we’ll see you next week.