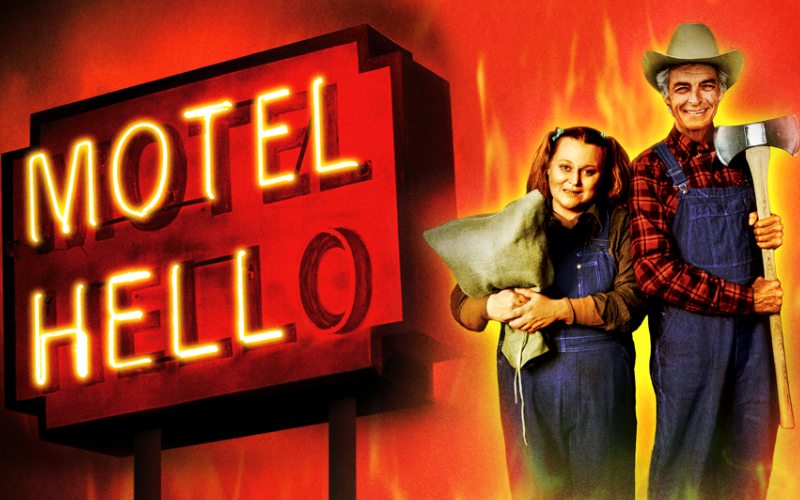 Jason recaps the events from Agents of Edgewatch S1|21: You No Take Candle!

We start the episode with a bit of a bait-and-switch, as all signs pointed toward us tackling the basement this week, only for most of us (cough-not-me-cough) to bail out at the last minute. There’s a LITTLE bit of added context that either got left on the cutting room floor or that maybe we discussed offline later. I think the thinking within the group was that the basement would be a single room. The Mad Scientist’s Torture Den or something like that. Once we went down there and realized there was going to be a whole additional floor, we decided – and maybe this is a little meta-gamey – that a floor that ends in “a few more rooms” is better than a floor that very likely ends in the Big Bad of the entire first book.

The other part related to escape routes, or lack thereof. If there’s an escape route in the basement, then Pratchett and Ralso can basically leave when they want. They may even be already gone. If there’s no escape route in the basement, they’d pretty much have to come back up this staircase… through us… to get out again. Meanwhile, if we go investigate the basement, anyone still on the 2nd floor has free rein to escape or attack us from behind. So one way or the other, the threat on the second floor began to feel like the more urgent threat, while the basement is either contained, or they’ve already escaped.

So… back to exploring the second floor it is.

First, I’ll note – as a continuation of last week’s discussion – we start the episode getting Devise A Stratagem wrong and using it (incorrectly) with spell attacks, but have a better feel for it by the end of the episode. I HOPE we finally have this down for good.

Our first room of the new (east) wing is the viper fight. Honestly, that fight was so quick and Basil’s role was so limited, that I pretty much forgot it happened at all. Not much to say about it. Hi, snake. Bye, snake.

Next, we FINALLY… and this feels like a big deal to me… get to rescue some live victims. I’ve been a little frustrated up to this point because while we’ve amassed TONS of evidence, we haven’t caught any bad guys and we haven’t rescued anyone. No thwarting of crimes, just documenting what happened. Yes, we evacuated a few customers, but it FEELS like those customers weren’t in danger anyway, for whatever reason. It feels like only certain guests were targeted and the old halfling lady and the dwarf family were never in real danger. But the list of 20ish people who are officially missing… it’s been a little demoralizing that we haven’t had a chance to prevent anything yet.

But now we have live prisoners… after we beat them up, non-lethally. The gnome is one from our “general” list: Lyrma Swampwalker. She’s a gnome from Vidrian who came to see the fair. The other is a blast from the past – Kemenels. He’s the mage who went missing back in Episode 2 – we never formally met him, but his ward (whose name I didn’t capture) was the kid who was trashing the alchemist’s booth at the fair. So we were aware of his existence and our story crossed his before, even if we never met him directly. Naturally, they’re a little freaked out and don’t trust us, so we have to subdue them, but that’s two live victims saved! I didn’t think I’d have this sort of reaction, but it honestly feels good to rescue someone from this hell.

We continue our search and are starting to narrow things down, and there’s only a few rooms left, but the next encounter proves to be one of the most challenging (as well as one of the most gruesome). The redcap. Not gonna lie: this encounter worries me.

I’ve mentally categorized things into four levels of encounter difficulty. “Should be easy unless luck REALLY abandons us”, “fair fight”, “challenging fight”, and “OK, this is a legit chance of party wipe”. I’m feeling like the redcap represents a legit Level 4 fight. The boot attack is about average for an encounter at this level, but the fact that he can attack while moving gives him efficiency with his three actions. The scythe, on the other hand, is nasty: over the course of the fight, it reveals itself to be a d10+10 base damage, and it also has another d10 of deadly damage on a crit. So even hitting with that is nasty, and if he crits, it starts getting into one-shot territory… certainly for me and Gomez, maybe for Dougie and Lo Mang as well. And oh, he’s also got an undetermined amount of fast healing as long as he’s wearing his little hat.

Fortunately, an Expeditious Inspection reveals the trick with the hat… if we can get the hat off his head, it at least cancels the fast healing, so that becomes the immediate focus. After a few tries, Lo Mang finally has the stats to get it done, and this fight becomes a little more tolerable.

And then we end the episode with an interesting bit of do-over, which ties into Steve’s pre-game point about trusting your GM. The redcap initially appears to roll enough damage to put Dougie down. So I use my turn to get him back on his feet – I figure we need to pour damage on while Lo Mang has his hat, and we need Dougie and his maul for that. But then Steve remembers that the redcap’s hat has a secondary property – without the hat, he also suffers a -4 on damage rolls. Take away those points, and Dougie should’ve lived, and I shouldn’t have had to spend my turn healing him. So Steve rewinds the tape and goes from there.

I think whether intended or not, this kinda reflects our group’s philosophy on GM mistakes. If a mistake occurs during a fairly easy fight, we might just blow past it and figure it out later. “Oh, remember two fights ago… turns out the bad guy WASN’T immune to fire, and that spell should’ve done more damage. Have a hero point!”. But when death, or even a dramatic shift in the balance of a battle, is on the line, we definitely make sure to get it right, and Steve’s not even opposed to rewinding the game to get those moments right. This time, since we’re talking about the party’s main damage dealer dropping, this is one of those ones Steve needs to get right, and he did so. And that’s pretty much what we players have reached a peace with as well…

Now that’s not to say we never argue with Steve. Actually, to tie it back to Steve’s pre-game point, I think we’re more likely to argue the matter of “opinion” cases when we have a pet idea we want to sneak through. We tend to operate in the gray areas of “well, the rules don’t really say anything about using the spell in this way… what do you think?”. In his pre-game, Steve says that as a GM, your opinion is never wrong, and on some pass-fail level that’s true – at some point, the GM is the final arbiter of the rules. But that also carries with it the assumption that you at least let your players make a case to convince you otherwise, and maybe you sometimes change your mind if they’re compelling enough. And as always, the Rule of Cool applies: sometimes you should say yes if it creates a memorable story moment, rules be damned.

But in this case, we’re just rewinding a couple of turns of combat. And as we leave this week’s action… we’re hanging in there. Gomez is furiously trying to keep the heavy hitters on their feet, we at least took the redcap’s healing away, and hopefully things are taking a turn for the better. From my personal perspective, now that the redcap’s damage is a little less, I’m pretty close to full health, so I may have to go against my build and try to draw some fire so Chris and John don’t have to take the full beating. Or at least get in there and help set up flanking. When the redcap could easily one-shot me, I was a little leery. Now that it’s a fair(er) fight, an extra blade just might be the difference between victory and defeat.

But… we’ll find that out next week. As always, feel free to drop by our Discord channel or other social media and let us know what you think of the show. Thanks for listening and we’ll see you next week.