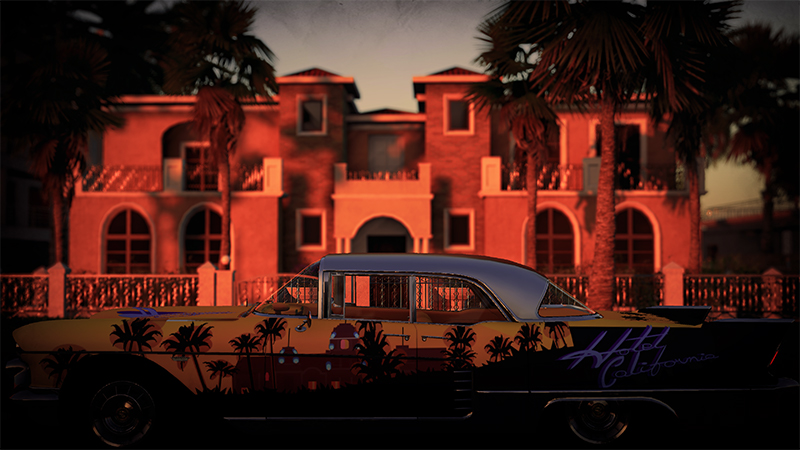 Jason recaps the events from Agents of Edgewatch S1|17: Dead And Breakfast.

I don’t think it’s really giving anything away to let you know we’re entering a major part of the story arc that’s going to last several episodes. I mean… the name of the first book of the Adventure Path is Devil At The Dreaming Palace, and… well, this is the Dreaming Palace. So consider it the very mildest of spoilers that you should strap in for the next several episodes because it’s going to be a wild ride.

As far as whether it’s too gory… I think Steve did a pretty good job of threading that needle. It’s sanitized enough that MOST people aren’t going to lose sleep or anything. I’d argue that a couple of the worst moments to come are more implied rather than said: Steve lays out “2 and 2”, and your brain fills in the awfulness of what “4” would have to mean. So the worst of it, your own brain does to itself.

This week, we start fairly light with a mostly roleplay-centric episode, doing the actual detective work and beginning the search of the hotel. Now, I’ve kinda mentioned this before, but to reiterate, I generally don’t mind Gomez taking the lead as the “face” of the party just because he has the highest Charisma score. Basil has good knowledge-type skills, but Gomez is the better people person. More generally, there are two different Investigator builds that cover these two roles: there’s an Interrogator build that specifically emphasizes getting information out of people in one-on-one interactions, and there’s the Empiricist, who analyzes data and (at higher levels) makes predictions based off the data. Basil is the latter.

Out of game, Steve presents us with a list of known missing persons. There are seven entries encompassing 15 distinct people. Of those, three of the entries and eight of the people represent cases we’ve already bumped into in our travels; the missing mage; the zoo owner and his girlfriend; and the stonemasons. I think we’re pretty locked into the stonemasons being here; does that imply the others will be as well? The zoo owner certainly would’ve had the money for a place like this. Guess we’ll find out. (I mean, if you want to get cynical and meta-game, probably… this feels like a place where loose ends get tied up… but let’s not spoil the party just yet.)

So Gomez takes the lead talking to the innkeeper while Basil leads the analysis of the ledger itself, and we quickly zero in on the probability that our stonemasons (and others) have likely been here. Yeah, we get a lame excuse about making the books neater (why wouldn’t Pratchett just HIRE someone with good penmanship to work the desk?) but it’s pretty clear that they’re erasing the evidence of some – but clearly not all – of their guests having been here.

Then we catch a break by interacting with one of the guests they HAVEN’T killed yet, which provides us with an invitation to ditch the clerk, go upstairs, and take a look around. I’m simultaneously amused how thirsty the old lady was, but grateful Steve never turned her gaze on Basil. Just as happy to be undesirable in this particular circumstance.

Once we’re upstairs, Gomez continues to entertain the old lady while we sneak off and look around, and we eventually find the first concrete proof we need. The old Trap Door In The Hotel Room ploy! So we discover a disposal chute that goes down to somewhere down below, to – filling in the blanks with another rumor from the afterlife party – what’s PROBABLY going to turn out to be the ochre jelly Azmit Neen smuggled into the city. “Garbage disposal”, after all. We’ll need to get down to the lower levels (basement, I assume) and verify, but logically it fits.

Taking mental inventory of where we are on all of this… Hendrid Pratchett is clearly a Bad Dude, and the desk clerk is PROBABLY in it with him. Does she help with the murders, or is she just the legit front end of the hotel business? Are there other staff we haven’t met yet? And where does Jeremin Hoff fit in? Did he know he was sending the stonemasons to their likely deaths, or did he just roll some really unlucky dice and happen to choose a hotel that got them killed? And of course the big question at the end of ALL of it: WHY? Were they “just” killing people and stealing their belongings? The stonemasons’ tools did end up on the black market. Did racism play a role? I’d note that hatred of outsiders was a common theme at the party the previous evening, especially if Hoff himself is involved. Or are these people just nutjobs who kill for jollies?

Next, we have a bit of a flare-up of paralysis by analysis. We haven’t done it much in Edgewatch, but those of you who remember the Black Lodge show remember that sometimes this group gets a little TOO bogged down in planning out our next move and this is one of those times. Do we go right down to the basement and see where the chute goes? Do we now confront and arrest the desk attendant? Do we clear more of the upper floors? That debate goes around… well… not as long as some of our epic bouts of indecision, but longer than it needed to before we decide to do a little more searching for clues.

We then have a brief moment of levity as Dougie walks in on a couple having a little too much fun (good for them, I guess), and then we explore our last room of the session, which ends in… wait for it… A MIMIC! The classic RPG staple. Now… I’m a little mad Dougie and I didn’t notice the mimic, but now that I’m thinking about it, trap-sense probably made us a little overconfident. Personally, I’m kind of wondering if I’m getting a little too reliant on “That’s Odd” to bail me out and need to remember to still actively search sometimes as well. But that’s all 20/20 hindsight, and next week we’ve got a treasure chest to do battle with.

And that’s where we’ll leave it for next time. Trust me folks, the next several episodes are going to be a wild ride, and you’ll want to be back here next week. As always, feel free to drop by our Discord channel or other social media and let us know what you think of the show. Thanks for listening and we’ll see you next week.