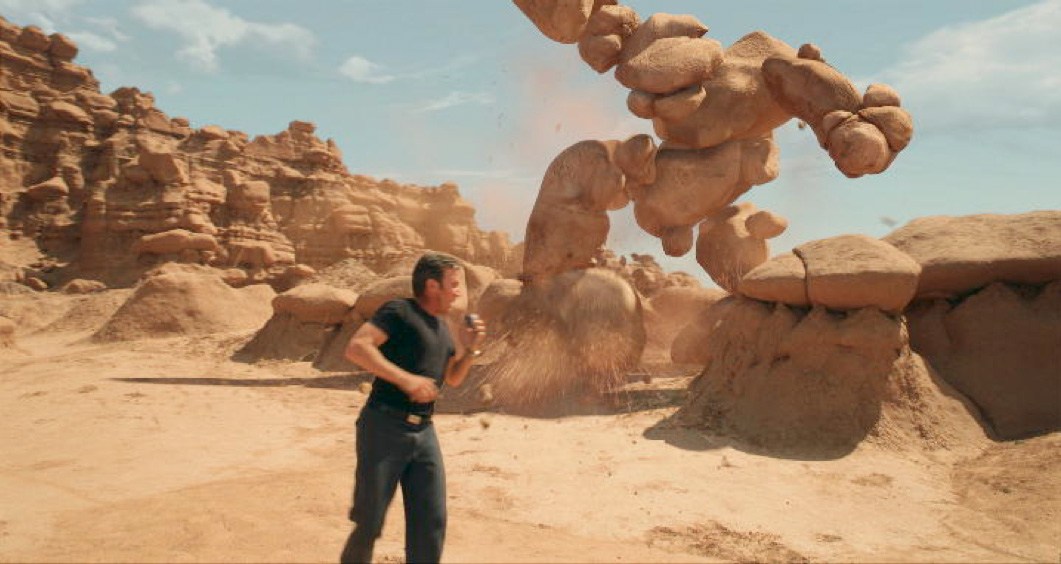 Jason recaps the events from Agents of Edgewatch S1|12: Taking A Bite Out Of Crimefighters.

It’s Gelatinous Cube Week here at Roll For Combat. Part 2, if you listen to both shows.

About a month ago, the Extinction Curse crew fought not one, but TWO gelatinous cubes. To be fair, they were also higher-level than we are at this point in the story, but it was kind of funny having to pretend it was my first time ever seeing a GelCube in Second Edition when reviewing that episode. “Paralysis? I didn’t know it could do that!” In fact, at the point I wrote up that episode, it was probably only a week or two after we had fought ours, so I was chuckling the entire encounter.

Aside from the fact that there were two instead of one, the main difference between the two encounters is that their group noticed the immaculately clean walls and floors and decided to be cautious. They started throwing rocks and other loose debris down the hall until it stuck in “midair”. We were not nearly as observant. “Oh how lucky that the floors are so clean here! Oh look… treasure!” The one thing they missed is that GelCube #2 was down a side hall, so their back-line casters got hit from behind by the second one mid-fight.

The gelatinous cube continues to be a fan favorite here in RFC-land. As I’ve said elsewhere, I think a large part of its appeal is just how weird and outside the box it is compared to standard fantasy tropes like dragons and orcs. Tolkien definitely missed the boat by not including a big geometric Jell-O cube that wanders dungeons and melts stuff with acid. Cool!

But as fun as the IDEA of a gelatinous cube is, it’s surprisingly challenging to fight one. Especially with this party composition. The good news is that it’s a big squishy bag of hit points, which is so big and (other than its enveloping attack) slow-moving you almost can’t help but hit it with every attack. It’s meant to fill a corridor in a dungeon, so it’s LITERALLY like attacking a wall. On the other hand, you pretty much lose EVERY source of “extra” damage: no crits, no precision damage (which both Basil and Dougie rely on to boost their output), and it’s got a few elemental resistances as well. Add into the mix the fact that Gomez ran right into the thing and put himself in survival mode right off the bat, and we were fighting this fight at a disadvantage.

So in general, it seems you have two choices with something like this. Either EVERYONE jumps in and goes toe-to-toe and you try to grind it down as fast as possible. Three attacks per round, pedal to the metal. OR, you go the other way, spread out so it can’t hit more than one person at a time, hopefully keeping most of the party standing and avoiding the paralysis effect for as long as possible.

Now, I have to take a bit of a self-serving detour here. Some of this fight makes it sound like I’m some big coward, but I was actually trying to employ some tactics. In the southeast part of the overall chamber, there was a blocked-out area of the map that was almost like a 20×20 “pillar”, and the access points on the sides were only 5’ openings. I wasn’t sure if the GelCube could squeeze himself or not, but I was thinking that if Devise A Stratagem was basically going to be useless anyway*, I would use the narrow openings as cover and attack from relative safety: either pop out, melee, and pop back in, or if I could do a ranged attack, cast Ray of Frost and then reposition to safety. So… OK, maybe I WAS a coward, but a TACTICAL coward. Big difference.

*=As far as Devise A Strategem, being “useless”, here’s my thinking on that: you lose the precision damage because it’s part of the ooze family, but it’s so big that a +2 probably isn’t going to make any difference in terms of hitting or missing. And even using the +2 to get a crit doesn’t really matter because you lose crit damage too. So basically, you’d be burning an action for roleplay flavor. To borrow from Galaxy Quest: “It’s a cube of Jell-O, it doesn’t have a weakness!”.

So that’s my defense of my tactical brilliance. What it didn’t really account for was how long Gomez could hold his breath on the inside. As it turns out, the inside of a gelatinous cube is a pretty nasty place to be. Ongoing acid damage, suffocation… who knew? Bringing it down with one attack per round wasn’t really an option once Gomez was fighting for his life. So, after trying to be Fancy Tactical Man for one round, I pretty much abandoned that and went back to slugfest tactics. Which worked out with just enough time to spare… I think the following round, Gomez would’ve run out of air and taken whatever effects suffocation carries with it.

So we’re already dealing with a bit of a punch in the face from that battle when sounds of approaching battle hint at another encounter to come. I’m with Seth… I thought we were just going to waltz to the party, maybe there’d be a social encounter to get in, and that would be that. I did not expect ONE fight, let alone two. Steve charitably gives is a moment to down potions, and then we’ve got ghouls incoming. A paralysis double feature! Yay!

Fortunately, the fight with the ghouls seems to go a little easier, and we’re able to make quick work of them. But still… it’s going to be really awkward if the first thing we have to do upon arrival at the party is to beg for some healing. And I don’t want to even get into the possibility that we burn all our resources down in this mini-dungeon and then have to get into a fight at the party.

But that’ll be an adventure for another time. For this week, we survive to continue our investigation. Can we get where we’re going without further incident? Will Dougie know how to conduct himself in the underbelly of high society? You’ll have to come back next week to find out. As always, feel free to drop by our Discord channel or other social media and let us know what you think of the show. Thanks for listening, and we’ll see you next week.