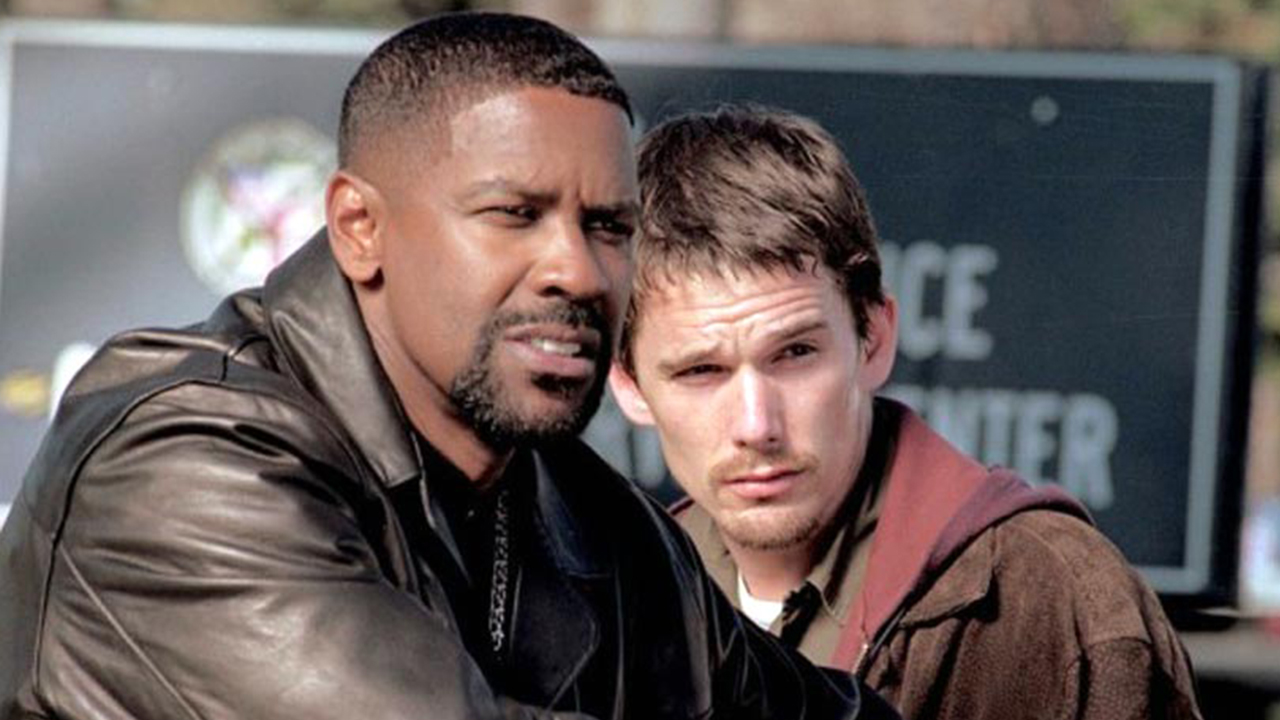 We passed a bit of a milestone over the weekend: Saturday marks the three-year anniversary of our first “real” episode of Roll For Combat. If you want to get nit-picky, Steve put up an introductory post earlier in the month, but the 26th was the first time we assembled the group for Episode Zero of the Dead Suns adventure.

In other times, I would’ve probably made some smart-ass joke about being surprised because I didn’t think it would stick for more than three months. And I guess that’s still kinda true. But at the same time, the whole COVID pandemic situation has made me a bit more reflective. Your mileage may vary, but things have generally sucked in big ways and small for the last six months or so, and we’re all looking for our little pockets of normal. For me, it’s been getting back into Magic The Gathering (online), and listening to one of my favorite musicians (Rhett Miller of the Old 97s) do acoustic shows over the Internet. Today, I’m feeling humbled that our show can be that thing for those of you who are listening, even if it’s just for an hour or two a week. So thanks for being here and making us part of your little pocket of normal.

OK… that’s as wholesome and sincere as I can be in one sitting. On with the show.

We begin this week on our first “real” patrol – it kind of feels like the bar brawl was kind of a bottle episode: a low/no-stakes test to introduce the team to each other and see how we work as a team. (I also feel like that was “supposed” to end in a non-lethal fight, but that may just be me making assumptions.) Our first encounter of the patrol is breaking up a fight between two goblin food-cart vendors that turns into an impromptu safety inspection. And Basil gets to use his investigator abilities to save the day, noticing the danger of the potential oil fire and dousing it before it can cause major damage.

I’m going to dig in a little bit on the rules here because there are actually TWO different Investigator abilities that could’ve applied here, and I’m not 100% sure which one Steve used. The first is the “That’s Odd” class feat. It’s a class feat that lets the investigator notice one thing out of order in a room or location. Any “flavor” of Investigator can take it, but the Empiricist gets it automatically. But here’s the confusing thing: “That’s Odd” is actually automatic and Steve mentioned a roll. (And to be fair, I mention a roll as well when explaining it later.)

So either there wasn’t supposed to be a roll and we’re still getting the hang of things and learning how this stuff works… or maybe it’s possible Steve got a little confused with the investigator’s OTHER class ability, Expeditious Inspection. That one allows me to do a Seek, Recall Knowledge, or Sense Motive as a free action once every 10 minutes. That one requires a roll, and I would assume I would’ve had to declare I was looking around (unless it’s just assumed I’d be assessing the situation). The “once every 10 minutes” restriction does seem like it’s more geared for in-combat use. So I’m not sure which feature Steve was intending to apply here, but I’ll take it either way.

Out of character, one thing that amused me about this interaction was the 40g fine… but for a very specific reason. I was just listening to the Three-Ring Adventure, they’re basically at Level 4, they’ve been playing for like 3-4 months, and their reward for the fight they just finished was (wait for it)… 50g. So basically, we got almost the same amount of money for our first mission out of the barracks. Maybe some of that is compensation for the fact that we won’t be getting loot in conventional ways, but still… that’s a lot of money for Level 1 characters.

Next up, we have a fairly quick fight against some skeletons. A crit put Lo Mang on the ropes a little bit, but other than that, it wasn’t too much of a challenge. First things first, I love the roleplay flavor that the occasional digging-up of undead is a public works nuisance along the lines of a broken water main. That cracks me up and I’m actually imagining us on casual traffic detail – “road’s closed… skeletons! You’re gonna have to go back down two blocks and go around to the right!”. But more importantly, we have the great mystery of “What Exactly Is Dougie?” and the related question of “what is ‘Kapow Damage’”?

Initially, when John didn’t use weapons I just assumed we had two monks in the party. In our Episode Zero, when Steve mentioned it would mostly be non-lethal damage, John and Chris BOTH sorta perked up at the idea of rolling monks. But then it started to seem like the lack of weapons was more of a roleplay thing, since once the fight was over, John seemed interesting in acquiring something. So maybe he’s got some sort of code of honor where he’s only going to use weapons he got from bad guys.

So OK… Dougie is clearly some sort of melee. Casters don’t wade in and start punching people. Fighter seems iffy because if I had access to all the weapons and armor in the game, I’d be equipped with something. There’s “roleplaying”, and there’s “wasting the core strengths of the class you chose”. I guess maybe Champion is a possibility and the fight was too quick to see his class ability? Maybe an odd strength-based rogue or swashbuckler build? Again, we didn’t see any evidence of panache, but it was a quick fight. Rogue seems most likely based on the fact that flanking seemed to trigger the bonus damage, but I guess we’ll find out as the show continues. (Totally out-of-character, I know John tends to like “keep it simple” characters, so doing another rogue would also fit with that.)

Our third encounter of the shift is a public disturbance call, as a teenager has barricaded himself in a merchant’s shop and won’t come out. It turns out he’s an apprentice whose mentor Kemeneles had some low-level bad blood with the shop owner, so when Kemeneles went missing, the kid just assumed the shop owner was responsible. We get a little bit of intimidation from Gomez, which doesn’t really fly, and then Basil tries more of a Good Cop take and rolls a Nat 20 for the success and has a new best friend for life.

As we sort through this, it becomes pretty evident the kid is just grasping for straws – Kemeneles might be in genuine trouble, but it’s pretty clear the shopkeeper isn’t involved. On the other hand, the kid did trash the store pretty good while he had locked himself in there. In this case, talking the shopkeeper out of pressing charges seems like the right call.

But that brings us to what might be the most interesting long-term dynamic of this adventure path – we have limits on what we can do and there’s a point past which we’re not supposed to go. If we were “just” adventurers, we’d be free to take a break from our patrol and help the kid out. But that’s not our role – we’re part of a larger team and our job is to report the situation back to our superiors and get back to work.

After that, we have a little debate about what to do about the kid and… OK, with 20/20 hindsight, Seth was right on this one. I DO think on a meta-game level, the shop owner was offering to take the kid in just to keep him somewhere safe while we did other things, and maybe we’ll come back to that one later. But on a more reality-based level, you wouldn’t just leave an unattended minor with someone who MIGHT still have ill intent, so taking him back to the local station was the better call.

I thought maybe Steve would wrap it up here… BUT WAIT, THERE’S MORE. We’re up to encounter #4, as we end up engaged in a chase with a mysterious cutpurse. I have to admit I like the chase mechanic overall – it’s something different and a nice way to create action set-pieces while making use of skills other than pure combat. I still think Steve should’ve made the fruit cart a cabbage cart as a salute to Avatar: The Last Airbender, but other than that, it was a lot of fun. We catch up and combat ensues – she’s kinda hard to hit, I end up getting pummeled a bit, but Lo Mang, in particular, takes care of her pretty well (Gomez, having fallen behind during the chase portion, misses most of the fight.) And it’s another feather in the cap of Red Squad, as she’s fairly prolific in her thievery.

And surely we’re done for the day? We’ve finally earned a cold beer at the barracks, right?

Of course not. There’s an animal breakout at the local zoo. ARE YOU SERIOUS? Granted, they weren’t all combat encounters, but that’s FIVE different problems we’ve had to deal with on our first day on the job. And Job #5 starts with a cockatrice, which… if you’ve listened to Three-Ring Adventure, you know those are nasty – you fail a save, you get the Slowed condition, which starts costing you actions. Brutal.

The cockatrice charges! And that’s where we fade to black for the week. As always, feel free to drop by our Discord channel or other social media and let us know what you think of the show. Thanks for listening and we’ll see you next week.