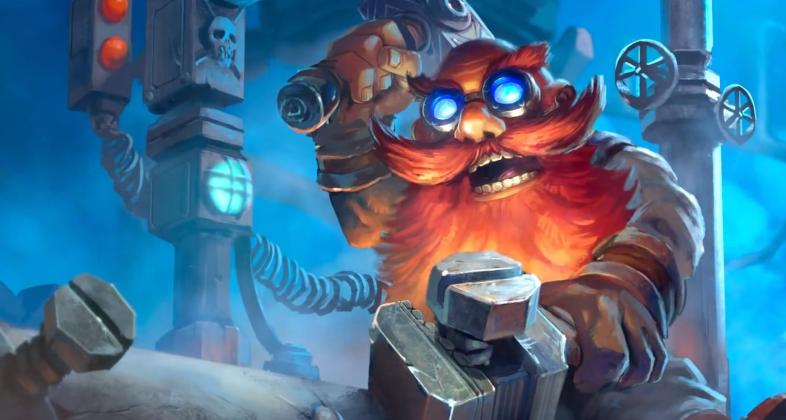 Jason recaps the events from The Black Lodge Tale 6, Chapter 2: Keys to the Castle.

This week, the Best Of Mobile Gaming comes to Pathfinder Second Edition!

I kid a little, but also not. To pick a mobile game I wouldn’t be TOO embarrassed to admit I’ve played, those whole scenario feels like something out of (let’s say) Clash of Clans. Oh, you want Fire Archers? Well, first you have to upgrade your Barracks and your Wizard Tower. And for some reason, we can’t quite explain, your city walls. THEN you can teach your archers to light their arrows on fire (which, if we’re being honest… fire arrows sound like something they could figure out through trial and error).

Thanks to John’s handy-dandy flow-chart (as opposed to the flat listing that comes with the adventure) we can break the work into four top-level tracks, not all of them are created equal in terms of tasks or time required. We’ll call them Exterior, Courtyard, Hall, and Barracks. Also, we don’t really start to get into this until halfway through the episode, but some of the tasks are restricted through the requirement of skilled laborers, of which the town has a limited number. (Specifically, two carpenters and only one mason. But oddly, LOTS of trappers, which we don’t seem to need at all… unless that comes later.)

So let’s start with a really quick summary:

Skills-wise, the mason is going to be the big sticking point, because none of us have that skill and there’s only one in the town. Also, two of the mason tasks on the Exterior track – Repair Wall (18 days) and Repair Main Gate (12 days) – are some of the most time-consuming tasks on the entire board. Carpenter isn’t nearly as bad; both because the tasks tend to be shorter and the town has two of them. The sage tasks are buried several steps deep in the Hall path, so we won’t really need one until the late stages. Also, the requirement is only to be Trained in Religion, so I know Nella has that, and Thorgrim probably does as well. So we don’t really NEED a sage and could do it ourselves if we had to. Unless the town sage has a lot better roll, in which case we might want to use them to avoid releasing a bunch of demons on the fort.

Money-wise, if you add it all up, there are something like 170 or 180 person-days of labor to do all the tasks, and we have 147 gold, so we’re going to have to find some additional funding sources, or do some of the work ourselves. Or maybe both. It’s not an insurmountable gap, but it’s a gap. On the plus side, maybe there are other opportunities to unearth treasure – I mean, there’s a dungeon right in the keep. On the minus side, Steve has also mentioned that there might be costs for resources such as stone and lumber. So it’s in the ballpark of doable, but there are still some details left to flesh out.

We also get what sounds like a timeframe for completing our tasks. Our kinda-sorta ally Mask Narsen has to go on a mission back to the capital, and he’s going to be gone… a month-ish. Nobody actually comes out and says “be finished by the time I get back”. But it feels like that’s the intent here – that we should be wrapped up (or close to it) by the time he returns. (I feel like the “about” a month is meant so the GM can slice days off the end if the players finish early, so the players don’t end up spinning their wheels for two weeks if they have a party of skill monkeys and get lucky on their rolls.)

I feel like I should clarify one aspect of the mini-game which is explained both a little poorly and well after we get started. There is a provision to basically “take 10” (the First Edition term) and just assume a rate of work that assures proper completion. You can’t fail, but you also can’t critically succeed and speed things up. But here’s the thing — that “mode” can only be used on the tasks that have no skilled labor component: in essence, the four top-level tasks, plus a couple of other ones in the Great Hall track. If the job requires a skilled worker, you have to risk the roll. However, it does mean that moment where I was finishing off Thorgrim’s 2 hours and failed my roll twice, I should’ve been allowed to take the mulligan and just finish it the easy way.

(Which would also be my advice to any players who might end up playing this down the road. Always take the mulligan on the last day of work if it’s available. You don’t want to eat an entire extra day cleaning up 1-2 hours of the previous day’s failure, both in terms of planning the logistics, as well as the sheer psychological frustration of having to waste a day fishing for one hour of labor.)

We also have two secondary tasks, but they’re short, don’t cost money, and are fairly well-covered by our skills. They’re the definition of “fit them in when you can”. There’s planting the spy plants, but that’s basically a one-day task with Nature as a skill. So… that’s got Nella written all over it. (And in fact, skipping ahead, we end up knocking that one out in the first few days.) The other is befriending enough townsfolk to the point where we can recruit them as allies by giving them the coins. We’re also pretty well-positioned here as we’ve got a party full of faces – Thorgrim (champion) and Nixnox (sorcerer) should have decent Charisma scores, and isn’t Ducker a champion too? It should be easy to reach a point where if we have a workflow blocked, just send a face-off to town to work on the recruiting drive. (I thought the goal condition here was three recruits, but I honestly can’t remember if I actually heard that or am just imagining that.)

The first few days are fairly non-descript. We make most of our rolls, fail one or two, but are in pretty good shape overall. All the first-level tasks are knocked out, and we start working on specialized jobs. At this point, we start to hit the first hiccup in our strategy, which is that unlocking the dungeon freaks all of our workers out and they won’t come back to work until we clear it out.

So what are we dealing with here? Is it basically one room, or is it a three-session slog that’s going to cost us multiple lost days of labor? Putting on the meta-game hat, the fact that it’s a Society game means it’s PROBABLY on the shorter side, but you never know.

And that’s actually where we’ll leave off for next time. While you’re waiting, feel free to drop by our Discord channel or other social media and let us know what you think of the show. Thanks for listening, and we’ll see you next time.