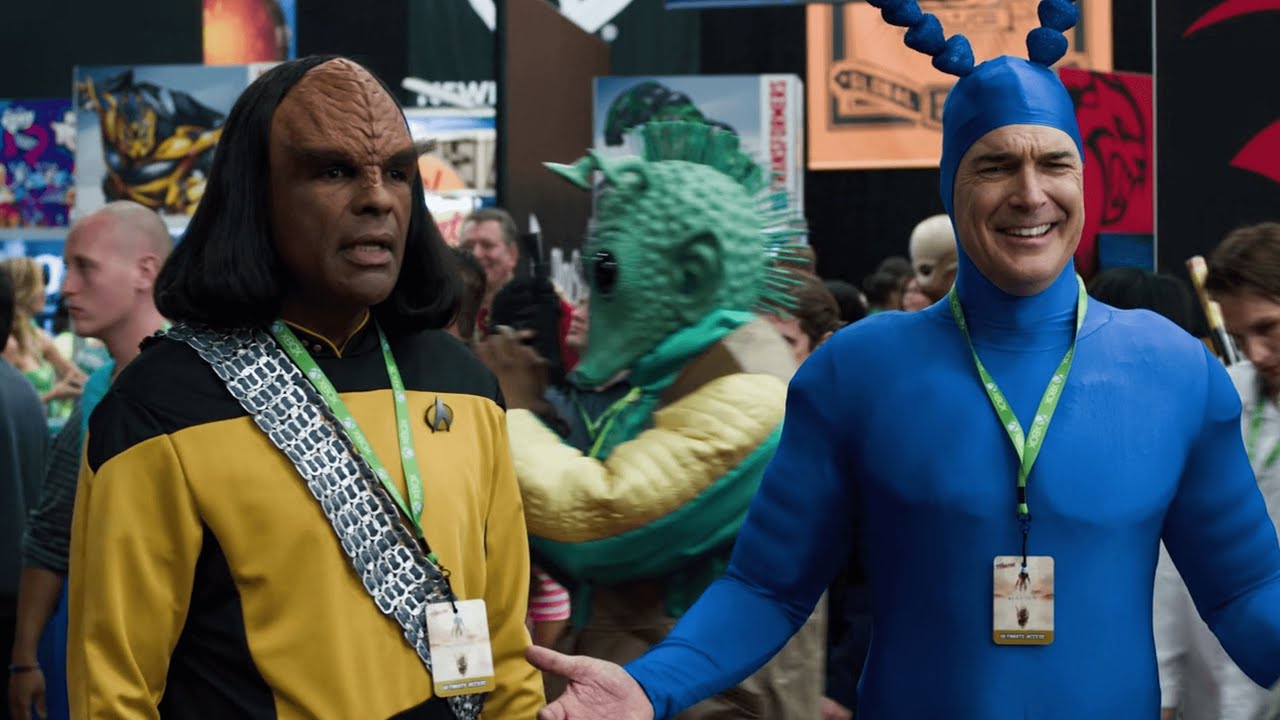 This week’s Talking (and probably next’s) is going to be a bit weird just because of the circumstances… it’s a review of a live show some of you have already heard live, so I’m more self-conscious than usual about telling you things you might already know.

I suppose I’ll start by pulling back the curtain a little on the pre-game, and get into what, if anything, is different about doing a totally live show like this? I think there are two major things, and they’re both fairly positive changes.

First, when you’re in a live setting like this, you’re very aware of being “on the clock”. You’ve got a window you’re supposed to fit the show into (even if there was no one on after us, you still have to expect that some people planned for three hours and might need to bail when the clock hits 3:01), and you also know in the back of your head that Steve can’t go back and take out the dead spots and make you sound more interesting than you are. (Take a starting-to-be-tedious 15 minutes of discussion and boil it down to a tolerable 8 or 9). So some of the Paralysis By Analysis and 10-minute rulebook digressions tend to fall by the wayside. For our group, that’s huge.

The other is: I can’t speak for anyone else, but when I see comments flying by in the chat and other indications of a live audience, I’m much more aware of the need to “entertain” with my character choices. In a normal session, where maybe we have a couple of people on the Patreon chat, it’s not like I don’t care AT ALL, but I do tend to play tactically first and foremost. Fairly by-the-book, make the “right” decision whether it makes for good podcasting or not. In a setting like this, I tend to open things up a little more and do the thing that will make things happen – good, bad, or indifferent.

I have to admit Erik Mona gave a fantastic summary of the previous adventure… we probably do need to hire him to recap all our adventurers as Vortaris. That said, I ended up finding the chronology a little hard to keep straight in my brain – at the time we recorded this, we had played the first Vortaris adventure, but it hadn’t “aired” yet. So he had to summarize that one, but without actually spoiling anything major. So we’re talking about that one in the future tense, but also in the past tense, and frankly, my brain started to overheat trying to figure it all out. It was like that one scene in Spaceballs when they were watching the VHS tape of their own movie. “So when’s it going to be now?”

I know it’s probably unrealistic given Erik’s busy schedule, but I find myself hoping we get to see more of Vortaris down the road. I find there’s “different” in a way that’s interesting and “different” in a way that’s just annoying or contrarian – “I’m just going to mess with other people in the name of ‘roleplaying’ my character” – and I think Erik has a good feel for where that line is.  Or… I was only half kidding: maybe Vortaris can be the villain of an adventure down the road once he assembles his undead army.

So the adventure begins with a mission debrief and then we’re off on the high seas (yet again – poor Nixnox). As with a lot of these Society adventurers, the game starts with a low-stakes social interaction, in the form of the card game. That tends to be a by-design feature. If you think about the role Society occupies, you figure these get played pretty often at conventions, sometimes with tables full of strangers. Jumping right into battle before you know who’s a grizzled veteran and who’s sitting down at a table for the first time might get people killed, so you give them a non-lethal activity to get to know each other first.

Two things – other than John’s supernaturally good luck — struck me about the dice game in hindsight. First, he figures it out right at the end, but Chris spent most of the game misunderstanding the rules – he was thinking you just had to get 12 or over when it had to be EXACTLY 12. So he was going aggressive and making bigger bets than the odds warranted because he thought any suitably high enough third roll would be a winner. Right at the end, he figures it out, but… oops. The second thing I noticed is that if you didn’t win on the opening roll, a 6 was the sweet spot for the first roll because it gives you two outs on the third die – a 1 gives you 7 and a 6 gives you 12. Any other roll would only leave you with 1 win condition – a 2-5 could go for 7 but not 12; a 7-11 could go for 12 but already overshot 7.

After the dice game, we get our first real test, and it’s a skills challenge. The bad news for Nella is that none of the things she could be doing are things she’s all that good at. A 14 DEX means a +2 for Acrobatics, but that’s canceled out by her armor penalty. Fortunately, though, Nat 20 saves the day!

The dynamic of having the crowd vote on things is something new we tried this time out, and it ended up being kind of fun way to introduce some randomness into the situation. I’m not sure I would want the vox populi deciding on anything that was truly life or death, but for something silly like the card game or even the storm, it adds a nice little dimension to things. It does tend to reward the players who play… flamboyantly?… so at least early on, I wasn’t getting many votes because Peepers and Vortaris were getting the lion’s share of the positive attention, but those are the breaks. File it away as a learning opportunity for next time. WIN THE CROWD, MAXIMUS!

As we end the first half of the adventure, we roll up to the shipwreck that’s the destination of our mission. I don’t know about anyone else, but I felt like it had “trap” written all over it, which is why I decided to hang back a little when the boarding party went aboard. And sure enough… MOLD. I was expecting something more humanoid, but that’s certainly an option.

And that’s where we’ll pick it up next week. Thanks for listening (potentially TWICE in this case) and we’ll see you next week.