Talking Tales: Tale 3, Chapter 3, Koboldly Go Where No One Has Gone Before - Roll For Combat 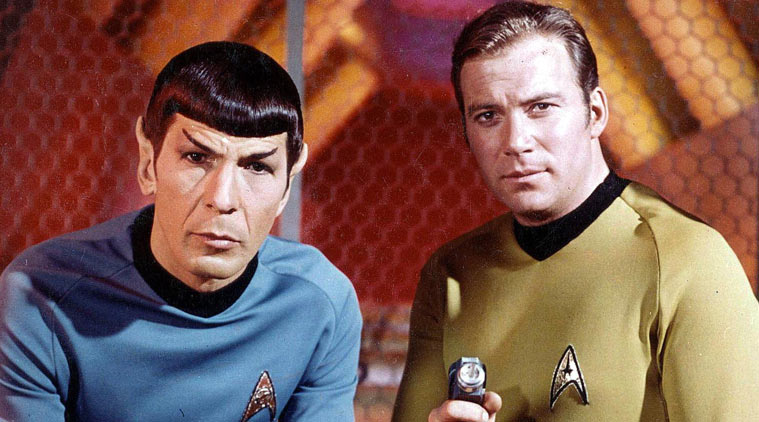 It’s going to be a bit of a tough one to write this week because once again, we have an episode that’s basically one battle and a fairly easy one at that. I mean… it’s kobolds, which are pretty much THE definitive cannon-fodder RPG race. Especially now that Paizo went and made goblins into good guys. (grumble grumble)

So much like last week, this is a fight that looked like it might be tough for two seconds based on numbers (there were five or six of them), but once we started swinging weapons in earnest, they could rarely hit us and they didn’t have much in the way of hit points, so it never really felt like we were in much danger. Unless they got lucky with a crit, of course. Arguably Seth and John dragged it out longer with their varying brands of silliness – Seth trying to intimidate rather than trying to kill, and Peepers Being Peepers and almost falling into a pit in the process.

Speaking of which, I was glad we slowed down and got that ruling right on Grab An Edge because it seems like it would be a fairly useless action otherwise. Yeah, it also mitigates 20 feet of a longer fall, but the real value is not falling at all. Of course, you fall 80 or 100 feet before Grabbing an Edge, you’re probably still going to die (see also: Dirk The Daring on the falling platform area in Dragon’s Lair). The thing I found interesting is that you don’t technically have to have a hand free – you can use a weapon or other suitable object to stop your fall. (Also note, on a Critical fail, you take all the normal falling damage you would’ve taken AND also take additional bludgeoning damage – I guess in trying to grab the edge, you get hit by other rocks and outcroppings or something.)

I’ll admit it was also kind of funny that John failed the roll to climb back out and had to hero point it. It’s not exactly that I laugh at his misfortune… more like “it makes the battlefield more interesting when things like that happen”. Though OK, maybe just a little bit of schadenfreude based on the natural consequence of his playing Peepers the way he does – if he had just advanced on the kobolds instead of screwing around in the opposite corner of the room, that wouldn’t have happened in the first place. PEEPERS!

As long as we’re on rules clarifications: somehow we made it all through Plaguestone without explicitly realizing that Detect Magic can exclude magic on the party members, so that’s a good thing to know too. I think we always kinda suspected it, but since we didn’t have a lot of magic items in that campaign (other than potions), it never explicitly came up. Note that this doesn’t change the dynamics of the “Celes Maneuver” – Detect Magic still doesn’t pinpoint the magic item and you still have to search the area, so creeping up on it in 5-foot increments is still a valid way to narrow things down. But the silliness of having to move your party-mates to the other side of the room can go away.

Unless, of course, your party-mates are holding out and carrying magic items on them that they’re not disclosing to the rest of the party. Note to self: for anything-goes paranoid campaigns, use Detect Magic on the rogue periodically – if they stole something you don’t know about, it would set off the spell. Theoretically. (Of course, in Society play, nobody should be doing that anyway because people can’t play evil characters and you don’t get to keep magic loot anyway.)

The other thing that stands out about this episode is the Clerks-reminiscent digression about whether the traditional RPG adventure party can truly call themselves “good guys” when they invade other creatures’ homes, kill them, and steal all their stuff. Now, at least for adventure paths, Paizo usually gets around this by having some prior evil act read into the record to set the stage. (Usually the murder of a dwarf.) So that by investigating the Bad Thing, you are already adopting the role of the Good Guys, and everything else just follows from that. On the other hand, a lot of these Society games tend to be for smaller stakes, so they don’t have that big Call To Action that establishes moral clarity. In this case… the skeletons are fair game because you always kill undead, but there’s no real evidence the kobolds are harming townsfolk – they’re just squatting on a piece of property that doesn’t belong to them. There aren’t that many fantasy blockbusters that revolve around landlord-tenant disputes. (Begins writing first-draft manuscript for Harry Potter And The Malevolent Homeowners’ Association.)

The one combat note here is we finally got our first real taste of the new, more powerful Level 2 Millicent and her Katana of Doom. The first battle went by a little quick, so we didn’t really get to see her shine. This time, we got Attacks of Opportunity, crazy damage – just a buzzsaw of death and destruction. I’m not gonna lie – it’s at least put it in the back of my brain to have Nella dip into fighter so she could also be a katana-wielding badass. Though doing a quick scan of the archetype rules, it looks like I wouldn’t be able to get Attacks of Opportunity until Level 4. And you can’t apply Shillelagh to a katana… so, maybe not.

The exploration continues, we make our way up to the next level of the tower, and we draw to a close facing a bit of a puzzle chamber – magic runes of different colors all over the floor leading up to the next level. I mean… “don’t step on the runes” seems like a fairly obvious plan, doesn’t it? NOTHING GOOD EVER HAPPENS WHEN YOU STEP ON MAGIC RUNES. But we’ll have to wait until next week to see how that all unfolds. While waiting for next week, feel free to drop by Discord or other social media and let us know what you think of the show. Thanks for listening and we’ll see you next week.