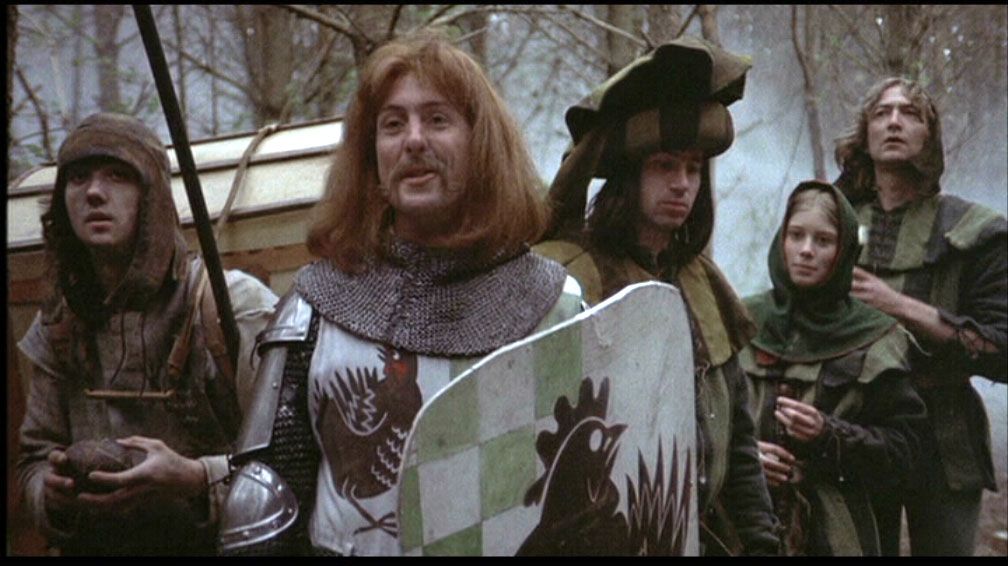 Put another log on the fire and let me sing for you The Ballad Of Nella Amberleaf, The Pocket Paladin.

I know there’s a lot to get to this episode – the ACTUAL champion’s use of a cloth caster as a human shield, Peepers going wandering (again), the general frustration of monsters in Level 1 adventures that have a disturbingly large hit point pool. But I’m going to start with what’s near and dear to my heart this episode – the fact that druids turn out to be stealth undead killers. (At least at low levels. Don’t know if it scales.) I didn’t really factor this in when building the character, but that is…. Good. To. Know.

Now, the channeled burst heal isn’t unique to druids – any divine or primal caster can get that one. Heck, there’s probably even a way to pick up a heal spell with some sort of ancestry feat letting just about ANYONE pull that little trick. But let’s hear it for everyone’s favorite druid spell that can’t possibly be pronounced THAT way… Shillelagh. Originally, I just wanted it for the fact that it’s basically a potency crystal with a one-minute duration: at the time I took it, I hadn’t even seen that it gets an EXTRA damage die against undead. So at least when using it two-handed, that’s a 3d8 attack as a Level 1 character. Hey battahbattahbattah… SWIIIIIIING battah!

If that seems overpowered… well, it’s worth remembering that the undead thing is fairly situational. And as I mentioned, you can only cast it on your own weapon, and only a staff, which imposes a few fairly onerous restrictions. Now, if you were somehow able to cast it on a heavy-armor fighter and have them wade in and smash things and do attacks of opportunity on anything that tried to get past – OK, that would be kinda O.P., as the Young People™ say.

(I can neither confirm nor deny there was about a 10-minute pause here while I researched what it would take to spec up a fighter-druid hybrid that had access to both Shillelagh and Attack of Opportunity. Yeah, the “no metal armor” restriction would get in the way, but it looks like the Cliff’s Notes answer to that question is “4th level” – if you start fighter and multi-class druid, that’s when you can get real spells and not just cantrips; if you start druid and go fighter, that’s when you can get Attack of Opportunity).

OK, let’s set aside the hypotheticals and get back to the action. As usual, the zombie brutes follow the general Pathfinder/Starfinder Big And Tall Rules: lots of hit points, hit pretty hard, but not all that hard to hit either. It’s not clear whether or not they have reach, but it’s probably pretty safe to assume the answer is yes. So it’s basically going to be a race to see if more small attacks can chop these guys down before they get too many big hits in.

The bad guys get out to an early lead, knocking Peepers out and putting a hefty amount of damage on Millicent, since they were the ones that ended up in the front when the fight broke out. Initially, I thought we’d actually be fighting a rolling retreat, chucking Produce Flames at them while we moved back toward the water. But then things start to turn things around fairly quickly. For starters, it turns out slashing damage actually does extra to the big guys. And then Nella and Nixnox roll out the big guns – the three-action group heal not only does extra radiant damage to undead, but also heals Peepers and Millicent. Nixnox even scores a crit, so his heal is – much like a Pokemon attack – super-effective! All of a sudden, a fight that looked like it could get pretty dire seems mostly manageable.

We even have time for a brief moment of levity, courtesy of Mister Chris Beemer. If this podcast goes another 10 years, our armor-clad fighter saying “I’ve got your back” and then hiding BEHIND the person he just said he’d protect will be an all-time classic. Chris has always had a… ahem… self-protective streak, but this was one for the vaults. On the other hand, maybe he meant it literally – maybe Nixnox had some lint on the back of his cloak and Thorgrim was attempting to brush it off.

On the other hand, Thorgrim gets the last laugh – figuratively and literally – by getting the kill shot on the final brute after everyone else did all the hard work, almost prompting a full-group mutiny. OF COURSE HE DOES. Come on, Dice Gods. Don’t reward that behavior!

With all the creatures disposed of, we begin a search of the temple. First, we land a bit of treasure from the main “shrine” area, but nothing earth-shattering – the potion of water breathing actually would’ve been useful for the earlier puzzle of the lockbox at the bottom of the well; not sure the occult medallion does much for anyone. Then… we finish the session with a bit of exploring. I think there’s a general sense the other adventuring party might appear, but so far… just empty, maze-like hallways.

And then at the end, we hear… something. Scratching.

And that’s where we’ll pick it up next time. As always, feel free to stop by our Discord channel or other social media and give us your thoughts on the show. Thanks for listening, and we’ll see it next week.