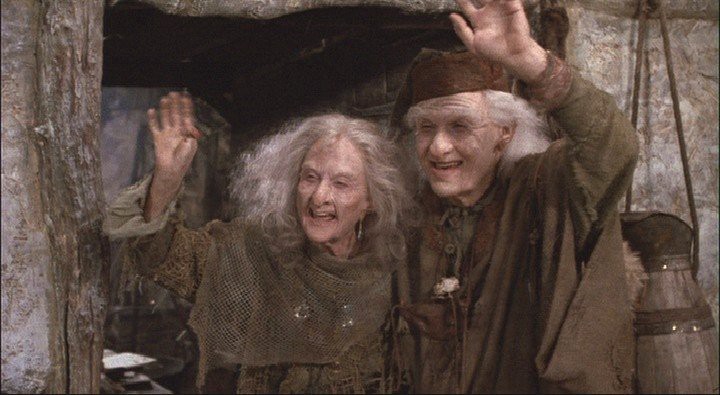 Jason recaps the events from Roll For Combat: The Fall of Plaguestone, Episode 34: The Final Countdown.

And so here we are, saying farewell to our Plaguestone podcast. The town is saved, the party lived… all is well in Plaguestone, which will hopefully have a more optimistic nickname if we ever visit again. “Brixleyville”, maybe? And on a gaming level, we survived our first experience with Second Edition, though there were moments where pretty much all of us ended up right on death’s door.

For all the surrounding drama, the final fight ended up being a bit of a squash match, as the final opponent ends up being a single alchemical drudge. The drama here is not that we’re in any great danger of “losing” in conventional terms – we’ve fought groups of three or four of these at a time; one doesn’t seem like that much of a challenge. The danger here is that it didn’t necessarily have to beat us to win, it (theoretically) just had to make it to the stone at the center of town and activate the doomsday device. There’s a version of this fight where, if we had rolled poorly and it just used all of its action on moves, we might have only had 2 or 3 rounds to get it down before things got bad.

That was part of why I figured it was safe to burn my Lay On Hands on Pari. (Aside from the fact that it felt like the noble, heroic thing to do.) This fight was all about burning the bad guy down. If any of us were to drop, we’d just have to fend for ourselves because the other three are going to have to keep damaging the enemy. So healing wasn’t going to be a big priority except as a means of keeping our damage output going. Speaking of which, I was even thinking that if we could get Pari back in the fight, that’s a fifth blade on our side.

Fortunately, the dice were very much in our favor, with a little Hero Point assist on Prue’s grapple and a timely crit. Problem solved, town saved… cue the ticker-tape parade. We even managed to save Pari in the process; Sir Kent… not so lucky. Sorry, man.

In the leadup to this, I wouldn’t say I was mad at Vanessa for getting impatient and storming off, but I feel like she was maybe misunderstanding the rest of the group a little. I don’t think anyone really wanted to take a long rest or search every room for treasure; I think we mostly wanted to top off with my reusable heals (3 or 4 Lay On Hands) and search one or two key locations to see if we could get any sort of hint about what we might be facing when we got back to Plaguestone. One the other hand, it totally works as a story/roleplay moment – over the course of this journey, Celes probably developed the deepest connection to the town by virtue of finding (distant) family there, so it actually makes sense that she’s willing to charge head-first into the final battle. Even if we were destined to be overmatched. So if it was a roleplay thing… bravo. Even if it wasn’t… no big deal, it worked out in the end.

Then again, to be fair to Vanessa (the player) I’ll also admit the pre-fight dallying lasted a lot longer than I remember. I had been thinking we basically ran back to Plaguestone the minute Vilree’s body hit the floor. Going back and listening again, even I wanted us to get a move on.

Another thing that jumped out at me was the ending after the fight was done. Calm Rational Me two months later thinks the ending got a little too huggy and started to feel like an “ABC After-School Special” (that’s one of those references that’s going to lose half of you, isn’t it?). Maybe it was that we stayed late to finish and it was coming up on midnight, maybe everyone was just a little emotional about finishing six months of adventuring, maybe we felt like we needed to “put a bow” on it all… but there were a LOT of sentimental speeches about the value of courage and friendship… I thought I’d wandered into an episode of My Little Pony. Then again Calm Rational Me is a grouchy asshole, so feel free to disregard him if you liked it.

One thing I’ve been doing for the other shows, and I guess I’m going to do for this one as well is the “RFC Casting Call” – who would I cast in the party roles if we were making an RFC movie or TV show? The easiest (or maybe a little bit laziest) one is Prue: I’m stealing Gina Carano from The Mandalorian and throwing some orc tusks on her. We need Prue to be an imposing ass-kicker. The idea that Celes is dignified and descended from royalty put me in mind of Claire Foy of The Crown – I feel like she could capture Celes pretty well. Cade and Brixley initially gave me a little bit of trouble just because of the CGI shrinkage – which actor is still gonna be plausible when you reduce them to about 2/3rds size? For Cade, we want someone with a little bit of a shifty look like you can’t totally trust him, so I actually settled on Rami Malek based on his work in Mr. Robot. For Brixley, other than the fact that he’s short and gnomish, he’s supposed to have a good charisma so he should be a fairly good-looking dude – after kicking a few different ideas around, the wheel settled on Chris Pine (though I briefly thought about going more of a comic take and using Seth Rogen).

So where do things go from here? Well, as Steve says, the characters go on a shelf for a bit, but the shows continue. (According to the favorite saying of a former boss, “the dogs bark, but the caravan rolls on”). I do plan to whip up a Level 4 sheet for Brixley at some point just for the exercise of doing so, but there are no immediate plans for using him. He and Ember will just be off spreading their unique brand of cheer and goodwill. Though what I said two months ago is actually fairly prescient – a foppishly-dressed gnome with a fire cat would actually fit well in a circus environment. JUST SAYIN’. As for me the player, I’m moving on to our Black Lodge show, which you’ll hear more about… well, you can listen to it already, but I’ll pound out a few paragraphs as soon as I get caught up on everything else. Four podcasts in one week is a LOT of writing.

In closing, I wanted to thank you all for listening to our show these past few months, and giving your comments, even when it was to point out when we were being potato-heads and doing rules wrong. I don’t want to get too dramatic about it because at the end of the day we’re still here doing different shows, but it’s nice to have taken this little journey through Pathfinder Second Edition with you. Rather than the usual admonition to see you back here next week, I guess we’ll see you in one of our other shows. But “thanks for listening” still applies, so… thanks for listening!