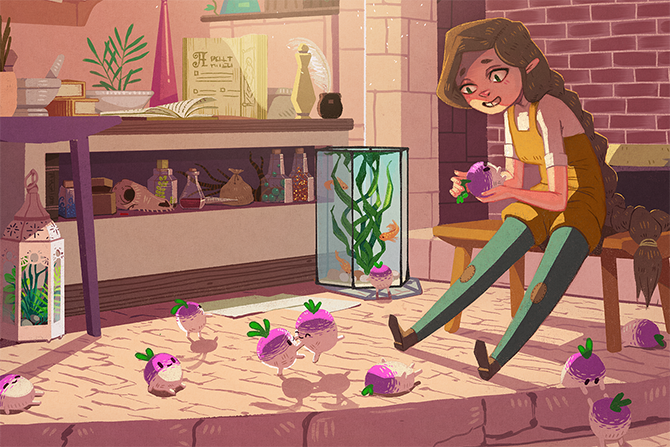 Jason recaps the events from Roll For Combat: The Fall of Plaguestone, Episode 11: Gather Information For Old Men.

This is a little bit of a tough episode to write because it’s already a bit of a short one, and then most of the action is the Celes and Uncle Targie Show, and I was mostly reduced to cracking jokes from the wings. Which… that’s fine, it’s what I do, but it also doesn’t leave a lot of fertile material to discuss.

Our progress on the main questline is to find the drop point shown on Hallod’s map. Yep. That’s pretty much it. Uncle Targie is able to point us in the right direction, and we eventually make our way there. The bad news is there’s nothing new to be found there – nothing that really drives the story forward and… channeling my inner Chris Beemer… no loot. I suppose I was hoping his final payment was still there waiting to be found, or that maybe we’d find another bread-crumb to the location of the evil mastermind V, but… nope. Just your average hollow tree you’d find out in the wilderness.

The more interesting plot development was finding out that Celes is actually related to Targen and Dalma somewhere several generations down the family tree. Celes Karvasalon, Mother of Turnips.

Now, I was not sure how I felt about side-quests when the possibility first raised its head. There’s something a little MMO-ey about the whole thing. I DO NOT WISH TO GO COLLECT EIGHT SPIDER LEGS. If we’re being honest, I was worried it might be some combination of immersion-breaking and/or tedious.

As it’s unfolded though, I have to admit I’ve enjoyed this little detour from the main story.

The biggest reason, hands down, is Vanessa’s roleplaying of the situation. She’s KILLING IT with Celes’ reactions to all of this. In another set of hands… OK, I’ll be honest, even in my hands… it might be “OK, I’m the Lost Scion of Turnip-Town, gimme my loot, moving along”. But Vanessa has been really bringing it to life and pulling it off the page. And I admit that’s drawn me further into it as well – if she’s gonna bring her A-game, I figure I ought to at least get in there and work off of it a little as well. My take on Brixley’s reaction so far has been “benevolent troublemaker” – he likes Celes and wouldn’t say anything truly mean, but he also thinks it’s high comedy to watch buttoned-up, aristocratic Celes come to grips with being a distant relative of the Turnip Bumpkins, so he’s going to LIGHTLY push a few buttons for now. Cayden Cailean, Shit-Poster of the Gods.

I think another reason this side quest has come alive has been the sense of personalization. I don’t know how much is written into the adventure path and how much was ad-libbed by Steve, but there’s a difference between generic side quests for the sake of busy-work (oh, hi, Mankrik’s Wife!) and side-quests that are written to be specifically tailored to the party and write their stories deeper into the fabric of the main plot. There’s a difference between “go to the run-down mansion and find a magic item” and “go find proof that Celes may actually be distantly related to all of this”, and I do think that difference draws you in and engages you. You also see shades of that in Prue’s interaction with Sir Kent – since they were both at Lastwall, it’s a little more powerful than “some guy thinks he saw undead, send Car 17 to check it out”.

I also mentioned “immersion-breaking”, but I think that can swing both ways – it can be a positive or a negative. Yeah, there are times where you want to put your head down and plow through the main story to reach the next plot point, and it wouldn’t make much sense to go crawling off into the weeds. Look at our Dead Suns Starfinder game. Most of that game has unfolded on a tight clock chasing the bad guys to a common destination, so it wouldn’t make a lot of sense to go wandering off to investigate someone’s family history in that one. But there are other times where you’re stuck beating your head against the same obstacle or flat-out don’t even KNOW where to go next, and it can be nice to step outside that for a session or two and do something else just to freshen things up. (See also: the “Return of Meats and Lasko” side mission from Istamak.)

This brings me to a little bit of a digression – how to find that balance between the main plot vs. side missions and general completionism. In other words… how much of a hurry to be in. There’s a temptation to be a completionist in games like these – wring every last point of experience and coin of loot out of a section of the story before you move on. And that’s a compulsion that video game RPGs have doubled down on over the years. Be Link! Break every vase! But there are times when that doesn’t make a lot of sense from the roleplaying side of the house. When Pippin knocked the bucket into the well in Moria, Tolkien didn’t have the Fellowship of the Ring clear three or four more rooms before yeeting out of there. Sometimes the plot tells you to move, so you move.

It’s a question we recently wrestled with on the Dead Suns side of the house as well, as we literally bypassed a sub-boss because the story dictates the bad guys are ahead of us and we decided we didn’t have time to waste taking out the trash. But there, we had visible indicators that the bad guys were ahead of us (we could get partial statuses from computer systems and logs, an NPC AI was TELLING us how far ahead they were), and the consequences were truly dire – like “snuff out all the life on multiple planets” dire.

Here in Plaguestone, it’s a little harder to tell. On one hand, Hallod’s note mentions a “final shipment” which is somewhat suggestive of impending badness – it hints that V. has enough corpse blood to complete her plan, whatever that is. On the other hand, all we know about her plan so far is “well, things get progressively more crappy, and the animals around town get a little more aggressive and spit acid”. It’s not exactly Ozymandias dropping a fake space alien into Times Square to murder thousands. (Unless that’s the endgame on all of this: Colour Out of Space in the town square, roll initiative.) And frankly we also don’t really have a firm next step – we have a few soft leads, but no big neon arrow directing us to the next destination.

I do think this is one of those places – both generally and specific to our group – where the GM can put a subtle hand on the wheel and steer things where he or she wants the story to go. That’s definitely how Steve has handled us over the years. If there’s time to spare, Steve will practically shove side-quests in our faces, but it’s still our choice whether to do them or not. If we’re running behind, Steve will start to sound increasingly incredulous when we want to spend our third day in a row shopping. (He’s particularly fond of the phrase “Now I WILL tell you…” as a doppleganger for “maybe you should be doing something else now”). It doesn’t have to be quite so overt though; one could always have weird atmospheric effects (mild tremors, sudden storm) or an NPC soothsayer proclaiming the end of the world to hint to the players that they need to get things moving again. Or on the other side, the NPC with the side-quest could look progressively more distraught or bounty signs could start popping up around town.

Well, that’s all theory. Here in the actual game, we’ll continue to grind out the side quests and see how things shape up. More turnip jokes for Brixley, more low-grade indignity for Celes, and let the wind in our sails carry us to our next port of call. Until next time, we hope you’re enjoying the show, and you’re welcome to stop by Discord or other social media and let us know what you think. Thanks for listening, and we’ll see you next week.