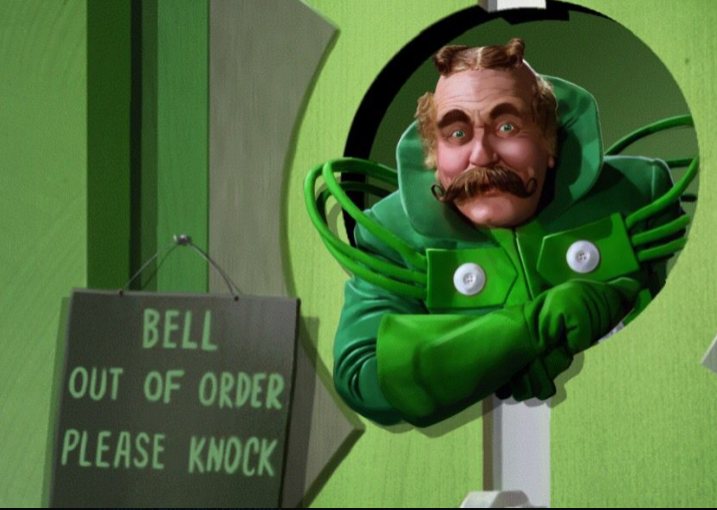 Jason recaps the events from Roll For Combat: The Fall of Plaguestone, Episode 10: Shopping Spree!

First, my apologies that this is somewhat late and somewhat short. Hockey season starts tonight, and if there’s one thing I love almost as much as roleplaying games, it’s hockey.

For an episode where not much happens, I had a lot of fun with this episode because it was silly. Even if a good portion of the humor came at Brixley’s expense.

For better, worse, or indifferent, Plaguestone has had a different vibe than Dead Suns. It leans more heavily into roleplaying. It takes itself a little more seriously. I don’t mean to suggest that’s a bad thing, but I’m a goofball by nature, so it’s been a bit of an adjustment.

So to just clown around and trade jokes for a little bit… it was a nice change of pace. Even if the latest indignation is to be compared to beloved videogame characters. (For the record, Rob, Loren, and Vanessa are all funny people in real life when the tape’s not rolling; we just mostly play it straight on this version of the show.)

As far as Brixley’s decision to take Quick Jump, thereby turning him into the third Mario Brother… I went back and took another look at the available choices, and I’m sticking with my guns on this one. The Level 2 skill feats are largely not that powerful anyway, and “things that enhance mobility” seemed like a good way to go with it. At the time, I did briefly consider just going with an extra five feet of foot speed (Fleet), but something about jumping seemed handy. The way it works is that horizontal and vertical leaps usually require a running start – 10 feet of run-up and (perhaps more importantly) an action, making the total leap a two-action move if you do it in combat. Quick Jump doesn’t add any distance to your jump (that’s Powerful Leap) but you can do your normal jump from a standstill; the whole jump takes a single action and you don’t need the extra 10 feet.

If we’re being truly honest, the most practical skill feat choice would’ve been one I couldn’t take: Quick Repair. Quick Repair lets you repair an item by spending one minute working on it (and at later skill levels, you can even do it in combat), which… for a guy who lives and dies by the durability of his shield, it would be a pretty smart thing to be able to do. But alas, I’m not trained in Crafting, so I guess I’ll file that away for some future level. Besides, for the moment, I can always mooch off Prue.

My class feat, Divine Grace, was an easier choice and one that’s more immediately obvious in its uses. At this level, an extra 10% chance to make a save can be huge. If I seemed lukewarm on it, it’s just because I’m an instant gratification guy and get more excited by active abilities than passive ones. Give me flying swords of light, angelic wings… I want my dump-truck full of JRPG special effects, is what I’m saying. Also, it’s not a dealbreaker, but it does take a reaction to use, so it may at times come down to having to choose between the Divine Grace or blocking an attack.

The other Level 2 choices here were more situational – you basically have a choice of “oaths” against dragons, fiends, or the undead that would increase the damage on your Retributive Strike against those enemies. Useful if we knew we’d be facing that particular enemy (dragons at Level 2… boy I hope not!), but this adventure mostly has a “humanoids and corrupted woodland critters” vibe to it so far, so none of those leap out.

Speaking of class abilities and Retributive Strike, in particular, it also dawns on me I probably missed a chance or two to use Retributive Strike in the fight against Hallod. Basically, if an ally within 15 feet takes damage, as a reaction I can give my ally resistance to that type of damage (2 + level, so not a huge amount) and take a melee attack. I’m forgetting how the fight played out without going back and listening, but I suspect I lost a free attack or two. We certainly took the damage, the question is whether I was within 15 feet when it happened. I was probably too far away to help Cade when he got dropped, but I probably missed at least one chance to use that when Hallod hit Prue.

The other main change from leveling – Lay On Hands is a flat six HP per level, so it heals for 12 instead of six. I don’t get a second cast yet – you don’t get to add focus points until higher levels.

There’s not a lot of plot meat to be dispensed this episode, but we do get a little bit, as we learn the likely identity of “V” – the witch who cursed the town all those years ago had a daughter that went missing and was largely forgotten. I don’t know if they mean “witch” figuratively or literally, but either way, that certainly sounds like someone who might know a thing or two about alchemy. And if her daughter learned her tricks and is out for revenge… there you go.

So we’ve got that to follow up on, and we still have a few of our side mysteries – Celes’ possible relation to the mayor and Sir Kent’s haunted house remain on the to-do list. And somewhere in our travels, we have some magic runes that we need to transfer to different equipment if we can find someone capable of doing it. And now we get to do all of that as Level 2 characters!

Buuuuuut we’ll have to save it for next week. While you’re waiting, feel free to drop by our Discord channel to discuss the show, partake of the general frivolity, and of course post your Super Brixley Bros Photoshops! Thanks for listening and we’ll see you back here next week.