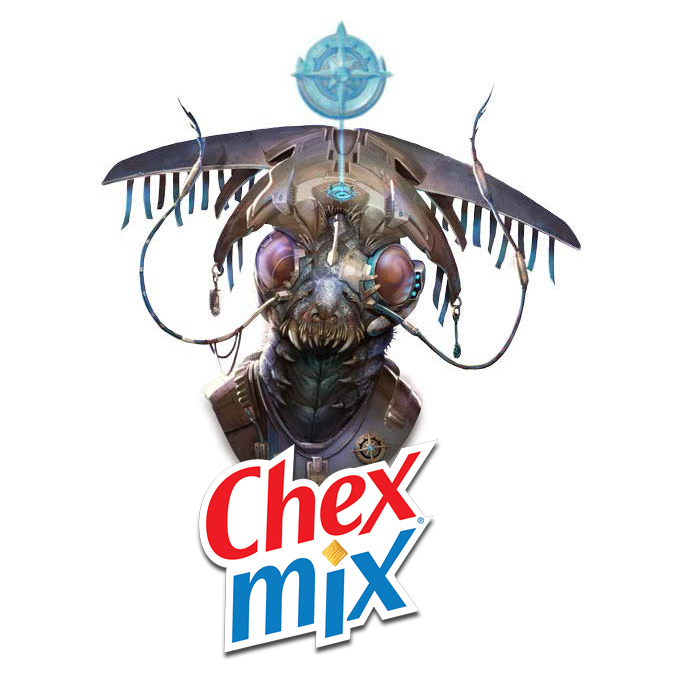 This week’s episode is a bit heavier on plot development – no combat, more focused on fleshing out the story. And that presented a few new challenges.

The first – not that I want to babble about Serious Acting; it’s not like I’m Meryl Freakin’ Streep – is starting to lock in the “voice” for Tuttle. I know what I want him to be like on paper, but it’s another thing to translate that to the game. You want to find a balance where you’re providing some interesting moments for the other players to interact with, but not so far overboard that you’re just peeing in the punch bowl. It’ll be a work in progress for a few sessions.

The other thing is more logistical – I’ve never really had to play with an audience in mind, so I spent this session hyper-aware of times where we were talking over each other. Combat tends to have a flow – if it’s your turn in initiative, you’ve pretty much got the floor. In a more story-driven session like this one, you have to police yourselves, and it’s a bit more of a challenge (and keep in mind we don’t have the body-language cues you get sitting at an actual table). Pre-podcast, if two people talk at the same time, it’s more like a game of conversational “chicken” – you keep talking until someone voluntarily gives up the conch or the GM decides who he’s listening to. If we were to do that in this setting, I suspect you guys would be ready to strangle us after a few episodes, so it’s something I found myself extra mindful of.

At any rate… on to the action.

So… full disclosure… the potato-head that thought Kreel was still alive for the first few minutes? Yeah, that was me. In the excitement of doing our first fight, I forgot that we had done a heal check and figured out Kreel had a big hole in his neck. Mea culpa, I suppose.

As I mentioned in last week’s commentary, getting a second gun for Tuttle was a high priority, so getting a laser pistol as a drop from the first battle… that’s Christmas morning in the Blacktail house. C.H.D.R.R. already has a weapon mount for a ranged weapon, so once I attach it (only an hour of downtime) he and I will both be able to fight at range. I wasn’t ready to move into a cave and start calling it “The Precious”, but I was pretty pleased.

I have to admit I was worried the encounter with the cops was going to be more problematic than it turned out to be. The two main points of tension for me were: 1) were we actually going to be under any sort of investigation for murder, and 2) whether we they were going to try and take the datapad. And OK, selfishly, given the gun situation, I was a little worried they’d confiscate the loot.  But those concerns unraveled fairly quickly – as I think we discussed with Thursty back in Episode 1, there’s almost an Old West vibe about the place. If “bad guys” are dead, as long as they can write it up clean, the law doesn’t care much. I don’t know if Hirogi’s decision to hide the datapad explicitly factored in, but if it did… good call on his part.

So the cops ended up being a non-issue – next up, Tuttle gets to flex his L33T HAXOR muscles on Kreel’s datapad. Exciting for Tuttle to show his value to the group, and exciting for me as a player, as I haven’t played a skill monkey in a while. For whatever reason, the last few Pathfinder campaigns, I’ve been playing fairly low-skill characters – a flat-out dumb warpriest, a rogue in a mostly trap-free dungeon, and a cleric who had OK skills, but seemed to always have the wrong ones for the tone of the campaign. So it’ll be nice to actually get in on the soft-skill action this time around. I’M A HACKER NOT A FIGHTER.

There doesn’t seem to be anything conclusive on the datapad – hints that Kreel has ties to some kind of miners’ dispute, something about a cousin, financial statements – but taken with the thing the cops said about the gangs not coming out that far… the winds feel like they’re blowing back toward murder. Dude’s connected to… something. Either as Chris mentioned… some sort of labor dispute with the gangs acting as hired muscle? Or maybe those financial statements mean it’s going to be more of a money thing – maybe he found proof of embezzlement or something like that. Big picture, we’ve been dropped into a police procedural.

So we head off for Starfinder Central and… OK, what’s up with Rusty… sorry… “Tiffany”… and the DNA samples? This is the second or third hint that maybe Rusty isn’t entirely what he seems. Bob doesn’t do this in every campaign (I’ve also seen him play a straight-up Lawful Tedious paladin), but he’s got a knack for creating his own little mysterious backstory known only to himself and teasing it out just enough to make you wonder if there’s a knife waiting to be inserted into your back at some future date. It’ll be interesting to see where he goes with it as the main story progresses.

And for the record, I owe the Pathfinder-Starfinder Swear Jar a quarter, because I typed “Pathfinder” when I first typed that previous paragraph. (We may also broaden the boundaries of the Swear Jar to include “five-foot steps” as well.)

The encounter with Chex Mix (or whatever their name was)… it is what it is. A little bit of useful info, but more about getting the formalities into place – initial membership in the Starfinder Society, getting our official first mission, setting up a place to stay, etc.). Presumably, we’ll get into the meat of the investigation starting next session. I do apologize for being far too amused by the Starfinder Cubicle Farm – you’ve got this organization of bon vivant adventurers and then there’s Doug from the motor pool. Something just cracks me up about that juxtaposition.

(Regarding Chex Mix, I’d also like to point out that I had just recently finished a Netflix binge of Enterprise, and there’s an episode at the tail end of Season 2 that involves a third-gender/genderless species. The coincidence amused me.)

Lastly, I wanted to share my secret shame regarding a bit of trivia from earlier in the episode… “Docking Bay 94”. It was on the tip of my tongue that it sounded familiar (the level of the reactor where they parked the drop-ship in Aliens, maybe?), so I Googled it. And, yeah, I missed the obvious… it’s where Han and Chewie parked the Falcon at Mos Eisley. As someone who prides myself on trivia like that, I hang my head in shame. Aliens? STEP UP YOUR GAME, MAN.

Anyhow, I’ll be over here licking my pop-culture wounds. Feel free to drop a line or visit us on social media. We’d love to hear from you. Until next time…