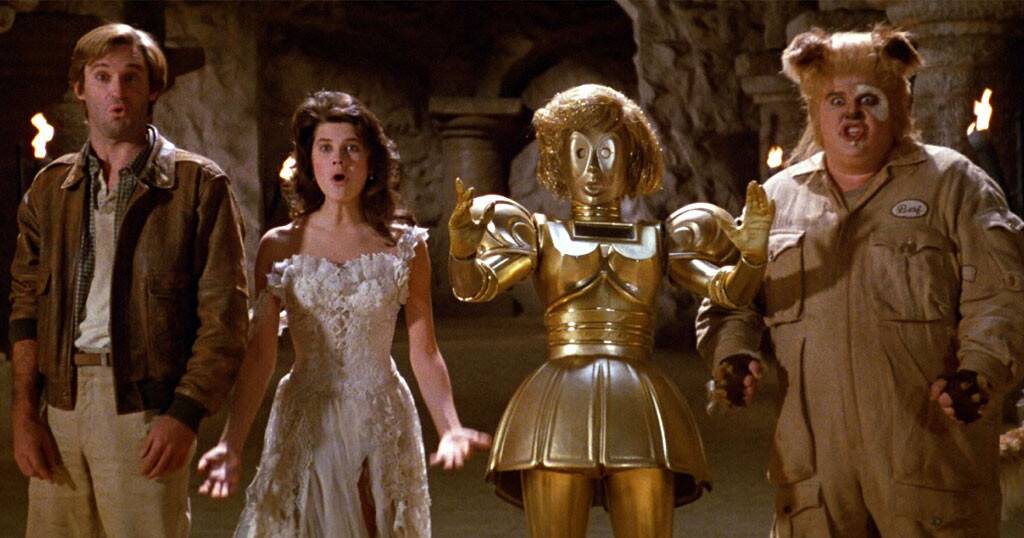 Jason recaps the events from Roll For Combat, Episode 127: Dancing On The Ceiling

Welcome to the penultimate episode of the journey we’ve been on for the past two-and-a-half years. I’m not going to dwell on that too much this week, because I’ll have nothing left for next week if I do, but it’s still pretty crazy.

Instead, I’m going to start by indulging something that arose in the Discord chat… the RFC Casting Call. Someone in the spoilers channel said they actually wanted to see our Dead Suns game turned into a Netflix series. At the time, I responded with a fairly throwaway joke about not being willing to sign unless Paul Giamatti is the voice of Tuttle, but that short interaction got the old mental hamster wheel turning. So at the risk of going off in the weeds for a few moments, let’s look at the casting for Roll For Combat Dead Suns: The Movie.

First, we’ve established that Paul Giamatti would have to be the voice of Tuttle. I realize Discord isn’t “etched in stone” but I’m gonna follow my initial instincts on that one. In chess terms, I took my hand off the piece. CHDRR? Well, we’ve established that most cinematic robots are British, so it’s really just what flavor of soothingly British voice we want to go with. In which case… screw it: Idris Elba it shall be. I thought about Cumberbatch but he’s already got enough voice work for one lifetime, let’s spread it around some.

Next up is Rusty Carter. Bradley Cooper has that same kind of rakish charm that Rusty has, so that’s been my internal picture of him pretty much since we started. It also opens up the option to gimmick-cast Lady Gaga as some sort of space alien to tap into some A Star Is Born nostalgia. And she can supply her own wardrobe, so that’s a plus.

With Mo, maybe I’m being easily influenced by recently rewatching Sons of Anarchy, but I’m getting a Ron Perlman vibe for him. It seems like he could do “world-weary soldier running from his past” pretty well. Perlman might be a little old, but CGI can clean most of that up. Clancy Brown also crossed my mind for similar reasons.

With Hirogi, my first silly thought was to gimmick cast the Hemsworth brothers, so it would be one Hemsworth before he vanishes on Istamak and one when he returns. That’s a long way to go for a joke, though. My second impulse was to make Hirogi more of a martial artist, just to give the combat more different flavors than just pew-pew-pew. (Operatives are theoretically good at melee; Hirogi has just never really done so.) If Donnie Yen was 5 or 10 years younger, he’d be my first choice, but now I’m feeling like Mark Dacascos (most recently the villain from the third John Wick movie, but perhaps more importantly, the Chairman from the American version of Iron Chef) is the way to go here.

That leaves Akiro. I had a little trouble with this one at first. I was looking for someone who was good at “morally ambiguous” since Akiro himself has a little bit of that. Also, someone who might fit the character art. Finally, on the bus home from work, it hit me – James Callis. Who did “morally ambiguous” better than Gaius Baltar? He could even make the beard work, as the later seasons of Galactica proved.

I know it’s a bit of an odd mix: you’ve got some Hollywood A-list at the top end, down to people who haven’t even been on TV in a few years. I thought about going a little more granular and having two versions — the summer blockbuster movie version and the TV version – but I kinda ran out of steam, so you just get one combined version.

Meanwhile… back in the game, the main thrust of this week’s adventure is getting off the ship, while dealing with the continuing weird gravity effects. We’re on the ceiling, we’re on the floor, then we’re floating in zero-G – it almost started to seem like something out of a Warner Brothers cartoon. Meanwhile, Akiro’s gradual robotification (giving the casting choice above, is he revealing himself to be a Cylon?) finally ends, but he’s still hanging on at death’s door.

We do run into a few last-minute surprises, though. First, Hirogi decides to stay behind and finish the job, which… I mean… it seems unnecessary once we’re caught in the gravity well, but OK? I guess he’s got a plan to get out of there at the last minute, but I’m kinda confused about how he’s going to get back out of the demi-plane without a spaceship. Whatever. His character. If he’s got a death wish, I guess that’s his business.

Then we arrive at the escape pods, and we seem to be short one. I thought Steve was going to actually make us choose who to leave behind, but then he bailed us out by letting us double up. Part of me wonders if that was originally going to be the case, but Steve decided not to double up on the noble sacrifice once Hirogi decided to stay behind. I do wonder how long it takes for escape pods to make it back to Pact Worlds space, and if things might get a little ripe in that pod, but still… better than staying here.

Lastly, I have to admit I genuinely forgot about this, but Serovox didn’t actually leave! As we leave this episode, Hirogi gets hit with one final fireball. It’s probably too late to stop the collision, but it might make Hirogi’s escape plan a little dicey.

So… next week is it. We say goodbye to almost two-and-a-half years of this campaign. If you’ve lasted this long, I assume you’ve got one more in you, so we’ll see you next week.