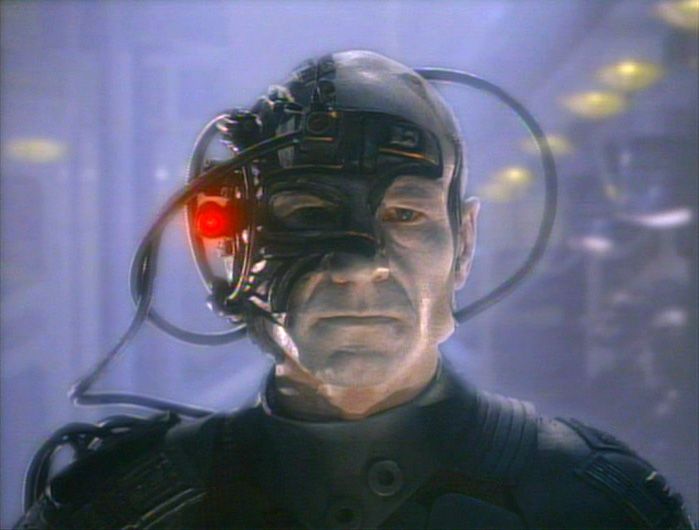 We start this episode with an act of SUPREME BETRAYAL AND TREACHERY!

Yes, I’m talking about the fact that The Voiceover Guy no longer says “and his drone CHDRR!” when introducing me. What the hell, man? We’ve still got five people coming out of the basement and onto the Internet instead of six, but you had time to do CHDRR dirty like that? I’m lodging a formal protest with… well, whoever one lodges those sorts of protests with. The World Court at The Hague? Judge Judy? WHERE IS MY JUSTICE?

At any rate, after two weeks of “we got this”, here’s where we finally reach the “maybe we don’t got this” portion of the fight. It hasn’t gone bad yet, but it feels like it’s teetering on the edge of bad.

The main thing is that the lion’s share of our damage has gone onto the two biggest damage dealers, so if they drop, the rest of us don’t have the firepower to take the boss out ourselves. (And in fact, we can’t even SEE him.) Mo and Akiro are the big guns – we know this. Hirogi is pretty good when he lands Trick Attack, but if he doesn’t land that, his damage output becomes kind of ordinary. Rusty and Tuttle though are pretty much support characters. If we have to take something out… well, maybe we should just let Rusty try to talk us out of it at that point. Or swear loyalty to the Corpse Fleet and ask for Australia as the price for our help. (Sorry… Gene Hackman turned 90 recently, so he’s been on the brain.)

In a normal battle, we’ve found ways to spread that out a little so the enemy “wastes” some of their damage on me and Bob (another way in which CHDRR might have been useful – clogging lanes and soaking up attacks). Or at least it’s one Big Bad Squaring off against Mo and the rest of us chop down adds. In this combat, the three of us really haven’t been getting hit, except by the secondary damage (the acid sphere or standing too close together and getting caught in an Explosive Blast).

And that’s the other thing that stands out about this fight. There’s a lot of “extra” damage being brought to bear. Explosive Blast isn’t a lot of damage at this level, but it hits multiple targets. Basically the equivalent of endless grenades. The acid damage isn’t a lot of damage, except that it gives you a 10-point kicker even after you’ve moved out of it.

But the poster child for that is the Rewire Flesh spell. Again, 3d6 per round isn’t a huge amount of damage in any one roll. But it’s a nasty little bugger because it’s basically free fire-and-forget damage for double-digit rounds. There’s no action needed to sustain it. A save only halves it; nothing short of Dispel Magic negates it (and I wasn’t paying close attention to Chris’ rolls, but the save seemed like it was in the 15ish range). It’s internal damage, so any sort of externally-focused damage reduction is useless. So even if the “average” damage on the spell is only 11 or 12 points per round, that’s a constant drain while the caster can go on about his business casting other nastiness. To which Chris is also now more susceptible because he moves slower and is flat-footed. That spell didn’t really leap off the page when I first looked at it except that it had gnarly “flavor”… now, I’d be hard-pressed to roll a caster that DOESN’T take that.

And then there’s that other door. I hinted at doing so last session, but this time I really am going to go lock that thing. I have nothing guiding that decision beyond a) general symmetrical dungeon design, and b) the fact that we really can’t handle another round of adds. We have to start making a dent in the boss. Since we’ve already seen the admiral, the captain, and their Mister Worf (Gatecrasher), I don’t feel like there would be a boss-level monster in the other room, but even another helping of undead monks would arguably push us past our limits. If we’re not there already.

Now, as Seth points out, they might still be able to go back out into the main lobby and re-enter through one of the other doors, but… first things first. If it becomes a race to lock the other sets of doors, I think we can win that one because there’s two of us and we’d have the shorter route to the remaining inner doors.

I don’t know how I feel about Steve giving us such an overt hint about the See Invisibility ampule. There’s probably some absolute level where he probably shouldn’t have done that. If we didn’t study our characters well enough, that’s on us, and if we die… I guess we die. But I do think it’s worth mentioning that this fight was being recorded during the holidays, and there was a two or three-week break around Christmas. So it really was more than a month since we had gotten that piece of loot, so maybe the little hint was warranted. I suppose that’s for you as the listener to decide – cheesy or not? Though for the moment, it isn’t cheesy until we benefit from it.

As we end this week, the adds are down or pretty close to it. If I recall correctly, there’s still one undead monk that’s been hit for at least 100 or so damage, and there might still be a second add whose overall status I’m a little fuzzier on, but that’s it. If we can get those guys down and start working on the boss as a team, there’s still a window to win this. Not to metagame too overtly, but if he’s a caster, that should mean he has fewer hitpoints than your average Big Bad. But it’s going to be a race against time, and that’s where we’ll pick it up next week.

As always, feel free to drop by our Discord channel or other social media and let us know what you think of the show. Thanks for listening, and we’ll see you next week!