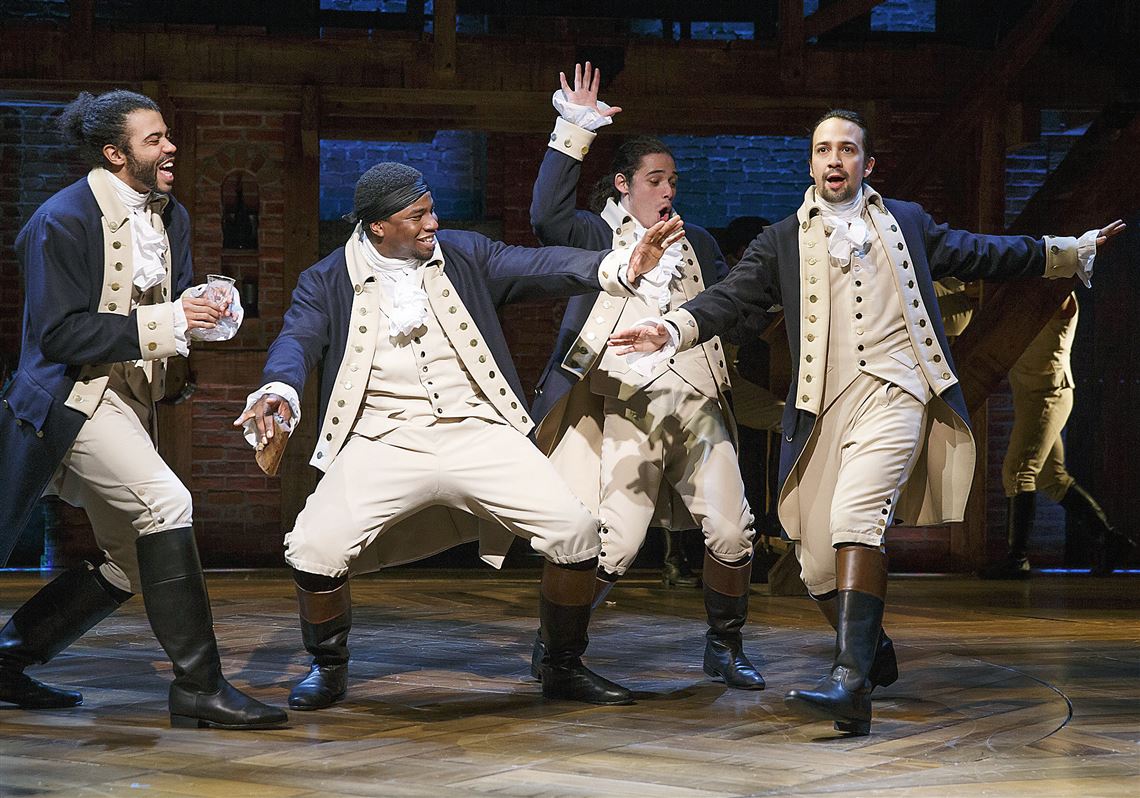 Jason recaps the events from Roll For Combat, Episode 092: The Power of Tuttle Compels You!

Here we go, off to Books 5 and 6! (I prefer to think of it in the same manner as Infinity War and Endgame – it’s really one story, just divided into two different chapters).

And we start with… NOT starship combat. I hate to beat the dead horse, but I’m firmly on the record agreeing with Steve on starship combat. There’s the beginnings of a good system there, and maybe it could be expanded into something more robust and fun, but as written, it’s kind of shallow and plays itself out after the first two or three ship combats.

My main complaint is there aren’t enough disruptive events. If you think about player combat, it can sometimes be susceptible to the same “lather, rinse, repeat” ennui, but the reason it generally doesn’t is that unexpected things happen to disrupt the routine. The enemy trots out a spell they hadn’t used before that changes the battle. The players come up with some creative use of their powers to turn the tables. Something changes about the environment – the room starts to flood, artificial gravity fails, whatever. I think those sorts of things are under-developed in ship combat – yes, you have crits, but that’s really about it. Maybe those will be developed in future releases; maybe the enterprising (pun semi-intended) GM can homebrew their own, but I think a little controlled chaos would add a lot to the system.

My other complaint has always been that some roles are more dynamic than others. Science is a fairly active role (especially if you pair it with Engineer and hop between the two roles), pilot is the most overtly tactical, but the other gigs can get stale fairly quickly. If you’re the Captain or firing a gun, there’s just not that much to do.

Parenthetically, my favorite “system-within-a-system” was the hand-to-hand combat rules from Top Secret. You had different attacks and defenses, chosen from across different martial arts (boxing, judo, karate, etc.) and the interactions between those attacks and defenses determined how the combat was going to go. If you choose a low block and I do flying face kick… you get kicked in the face. It had its flaws – there were a few super-moves that only had one or two defenses – but it was a clever little system.

So the fight itself… this struck me as one of those battles where the flavor of it was more alarming than the actual battle ended up being. You hear “swarm of nanites” and you envision this guy having resistances and being a lot tougher to put damage on. And I guess he did have some of that since CHDRR’s junk cannon didn’t really do anything to him. On the other hand, Mo and Akiro were both landing pretty solid shots throughout the fight, and it never felt like we were in that much danger. Though I suppose the attempted takeover of CHDRR was a big swing that could’ve caused the battle to go dramatically differently. What’s the worst case there… he takes over CHDRR, we have to kill CHDRR (90 points of damage, so several additional rounds of combat), and then we still have to finish off whatever’s left of Nanite Boy on the other end, without CHDRR’s help. If you put THAT fight in the script… well, we probably still would’ve won, but it would’ve been a much more interesting fight. Especially if I had roleplayed Tuttle as ambivalent toward attacking his own drone. Which I might have.

But nope. Tuttle comes through as a computer genius and saves CHDRR from hostile invasion, and the rest of the fight was relatively easy.

I did think it was a little odd that Steve would simultaneously play up the possibility of parlay, yet still attack us first. I guess I’d expect that an enemy that’s willing to talk would show that willingness by… you know… not attacking right away. But Nanite Boy started swinging in Round One, rendering most of the conversation moot. I guess they do things differently in this part of the galaxy.

Since Steve did a “show about the show” with his GM tip, I’ll also jump in with some “how the sausage gets made” comments from the player side, and as the person who writes Talking each week.

I will say first and foremost, the other players and I don’t have anywhere near the responsibility Steve does. As players, our commitment is basically the 3 hours a week we’re playing, and sometimes we might have some homework between sessions, particularly when we level up or when there’s a new version of the D20Pro software. But none of us get involved in the editing process… that’s ALL Steve.

Do we censor ourselves? I don’t know how the other guys feel, but for me, I think “compartmentalize” might be a better way to put it. We have a bit of a bullshit session before Steve starts recording that can be anywhere from five minutes to (on one or two occasions) an hour or longer, and we kind of get all the other stuff out of our system during that pre-session chat, so when we do roll, we’re ready to focus on the game. But once we get going… no, not really. I generally play the game I’m going to play and rely on Steve’s judgment to edit wisely when we get too far off in the weeds or start acting like jerks to each other. I suppose the ONE concession is I try not to swear because maybe we have some kids listening and I don’t want “The Guy Who Plays The Science Rat On The Internet” to be who taught them to launch the F-bomb. “What is a legacy? Teaching F-bombs to pre-teens that you never see?”

When it comes to writing Talking, I usually remember the “Spark Notes” summary of the week’s episode just from memory and can often start writing just based on what I remember (I know where we left off the previous week, so Steve just has to tell me where the new episode stops, and I can extrapolate). If it’s a Tuttle-centric episode and I mostly just want to talk about that (Aeon Tuttle, for instance), I can put most of the column to bed just based on that. Having said that, I do go back and listen to the whole show, both to catch the finer details (as Steve said, we’re doing these a month or two after they actually happened) and to listen to the intro and outro to see if the GM/PC tip or any of the “other” stuff has any hooks to play off.

The trick is always to find that balance – I don’t want it to just be a dry regurgitation of what you just listened to. That would be pointless. On the other hand, I don’t want to be so far in the weeds that I’m going onto 2000 characters about what I had for lunch three days ago. (For the record: Chinese takeout – beef and broccoli.) I suppose what I’m shooting for is something like the “director commentary” on DVDs: here’s what I was thinking when I chose to do this. Here’s where I briefly considered doing THIS, which could have been cool, but then I realized it would probably wipe the whole party. Here’s what Bob did three years ago that makes this line funny. Here’s where Steve edited out the two minutes of dead air where I forgot it was my turn because I was trying to multitask and play Overwatch in the background because there was a Symmetra skin I really wanted. “Allegedly”.

The GM/PC tip can be hit and miss because if I’m being totally honest, I don’t GM a whole lot. Occasionally for my Dads-n-Kids game, but not regularly. Some weeks, the general topic can still be a fertile one and I can still counter or add to Steve’s GM perspective with a player perspective. Other times, it’s something I really don’t have much of an opinion on and I just let it sail on by. Like… the “packing for PaizoCon” one… if I’m wearing pants and have a dice bag with me when I get on the plane, that’s about all you can expect from me.

I caught myself nodding along with Steve when he mentioned getting the sense of déjà vu, or making the same comment twice on re-listen. I have that happen a lot, right down to the specific wording. Though sometimes it’s the other way around and I get mad that I didn’t think of something at the time. Example: when we were talking about “Rusty’s Daily Affirmations” in last week’s episode, I could’ve sworn I went for a Stuart Smalley SNL reference there, but either I didn’t think of it, or perhaps Steve edited it out. The other thing I’ve noticed is that I’m much more aware of the other guys’ banter the second time around – I don’t know I miss stuff at the time because I’m locked in on what Tuttle is going to do next, but some of the things they said the first time, I barely remember them saying. So it can be like hearing it for the first time when I go back and listen.

Anyway, this is getting long-winded, so I’m going to wrap it up for now. Next week, since Steve already spoilered it just a bit, we’re going to have some more NOT SHIP COMBAT, so you’ll have to come back and see how that goes. In the meantime, drop by our Discord channel or other social media, let us know what you think of the show (as well as check out the community), and we’ll see you next week.