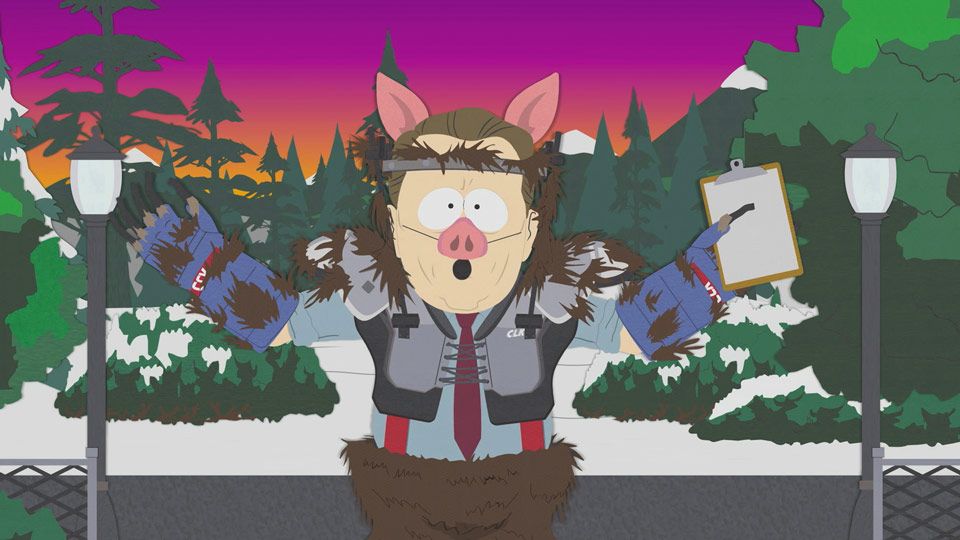 This week, we come to you from… well… not PaizoCon, unfortunately. Couldn’t make it this year. It’s disappointing, but I had some conflicting stuff come up. Nothing serious or life-threatening – don’t want to sound all ominous and make anyone worry – just “stuff and things”, as our friend Rick Grimes once put it.

Definitely would’ve liked to be there. PaizoCon is still one of my favorite conventions. It’s the right size and speed of convention now that I’m not as young as I used to be… GenCon, in particular, has arguably gotten too big. Even though it didn’t work this year, PaizoCon also generally fits my schedule better than Origins (has conflicted with my family beach vacation the last four or five years running) or GenCon (I work in higher-ed, and early August is when we’re getting ready for the start of the new academic year). And Seattle is just a fun city to visit, but let the record reflect I’m not making a reference to legalized pot there. (On the other side of the coin, the Mariners are out of town.)

In terms of actual events, Pathfinder 2 probably would’ve been at or near the top of my list of things to do. I might’ve stretched my legs with a Starfinder Society game just to mix things up with a different class. But the Grimmerspace event was probably the big one, and I expect I’ll be watching the online Twitch feed of that event. At the risk of giving away state secrets, we actually got to playtest one piece of the story and it seemed like it could be good creepy fun, so I would’ve liked to see more of it. On the other hand, Steve should be secretly relieved because, given my affinity for pop-culture references, it’s entirely possible the event would have degenerated into me yelling “PO-TAY-TOES” at Sean Astin until security dragged me out. This above all, to thine own self be true.

So if you’re at PaizoCon hoping to meet or have a game session with us… sorry to have to miss you this time. I might see if I can make GenCon this year instead, but I don’t want to put any carts too far before horses.

So, from my couch here in Pittsburgh with a dog on my legs, let’s take a look at this week’s episode.

Working backward, I’ll admit I’m a little frustrated to find out Steve added those traps after the fact. I’ll concede that’s his right as GM, and his rationale about balancing the encounter makes a certain amount of sense – take those bombs away and it’s a pretty wimpy fight. Take out the bombs and the double-crit on Mo was the only thing that even made it challenging.

On the other hand, traps and combat seem like the sort of thing that ought to be used sparingly because they work at cross purposes – traps force you to slow down and waste actions checking your surroundings, and doing that while you’re taking fire from the enemy is a little lame. Environmental hazards you can see and shape the battlefield? Sure. Invisible death? Not thrilled, to be honest.

I’d also observe that this was the third fight in the chain, and since this person WASN’T the final boss, that means there’s going to probably be a 4th. Maybe it would have been OK to let it be a little on the easy side.

Speaking of bosses, at least during the early parts of the fight I found myself wondering “Is this a boss fight?” (dig out your copies of the anime butterfly meme). I’ll admit that’s the question you’re not supposed to ask yourself, but you always do. When the first bomb went off, I’ll admit that I thought maybe this was the Big Bad, just based on the damage number. But gradually, I came around to “no” on that one, even before she announced she was just a lieutenant. Bosses usually have something exotic in their power-set, and she was just shooting an off-the-rack gun and her monkeys were just doing melee attacks. Also, there’s usually some distinctive feature of the room that makes it feel like The Destination – crystal of power, golden head on a pedestal, computer terminal with ominous readings, whatever… The Boss itself usually has some flavor – distinctive gear, a little bit of monologue, etc. – did we even learn her name? (And perhaps more importantly, how did we go an entire episode with those monkeys and not make one ManBearPig reference? WE’RE SLIPPING, PEOPLE!)

More generally, I was pleased I got to use my new Scoutbot ability, even if I got all of one round of pictures of monkey teeth! Yay! Glass half full, at least BRIE-1 took the hit rather than Mo, and we didn’t give them a surprise round. Glass half empty, I would’ve rather the scoutbot had set off one of the proximity mines instead of poor CHDRR. Also, I’ll just leave it out there that the mechanic trick that gives a passive trap detection roll would’ve been FAR more useful in this particular fight. 20/20 hindsight.

I also got a new gun (the dragon drake pistol) and welcomed it to the family with a pretty nice crit. The ammo concerns me a little – I can recharge batteries with my armor upgrade, but petrol is a finite resource and might be a little harder to come by out at the edge of the universe. Still, having a second damage type is welcome. Right now, my backup weapon is still the azimuth laser pistol I picked up in the very first combat. Also, just to clarify some of our discussion at the time, petrol isn’t a line or area weapon – in the lore of the Starfinder universe, they’re little pellets that are fired as projectiles, but then they catch fire on contact.

Lastly, we bid farewell to CHDRR, Third Of His Name. (And apparently the group’s moral compass, since the rest of us are all varying degrees of amoral assholes.) On one hand, that’s what he’s there for: he died putting himself between me and the bad guy as drones sometimes do. On the other hand, the bummer is that he was probably one lucky break from surviving. If he’d made his reflex roll on the first bomb, he might have had enough damage to withstand one more attack. If I hadn’t jumped him right to where the second mine was set up… same thing.

The real ramification of losing CHDRR is whether to continue on and probably face the Big Boss without him. It feels like it would strain reality to take a day off and rebuild him when the story puts us on a clock, so from a storytelling point-of-view, continuing without him is the Hero Move. Also, not to speak ill of the recently-disassembled, but I also question CHDRR’s tactical value in a boss fight. Most heavy hitters tend to have a lot of DR and good defenses; I worry that even if we waited around and rebuilt CHDRR, he might be flailing away for minimal damage anyway. If past performance is any indicator, that’s probably 15 or 20 damage we have to make up somewhere else. But still… you hate to go into a final fight at less than 100 percent.

But I guess we’ll get into all of that next week. For this week, off to PaizoCon for some of you; me, I’ll mix things up by moving to the OTHER end of my couch. (I’m a rebel, Dottie. A loner.) If you are lucky enough to be going, hope you have a great weekend of gaming and roll a bunch of 20s. If not, feel free to drop by our Discord channel, because the reindeer games are ongoing, and if last year is any indication, people will still be sharing their PaizoCon experiences. We’ll see you back here next week.