Talking Combat 081: Get The Puck Out of Here - Roll For Combat 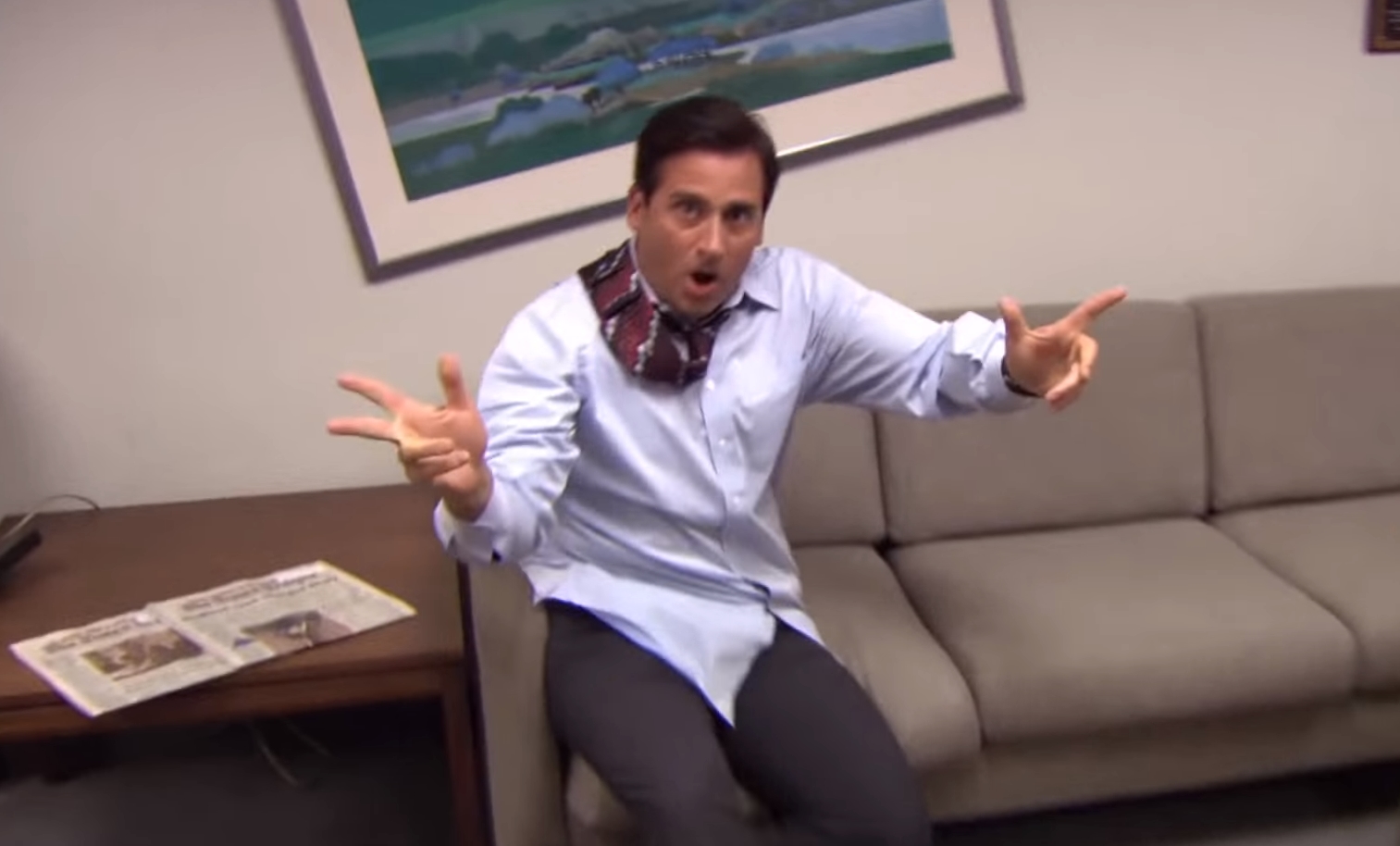 Jason recaps the events from Roll For Combat, Episode 081: Roll For Retreat.

I don’t know how you listeners felt about that episode, but that was one of my favorite episodes of the show in a long time. (Probably Vanessa Hoskins’ favorite episode too, for completely different reasons. Congratulations, Esteemed Contest Winner!)

Not solely for the vindication of Tuttle having the perfect object to save the day, though yeah, that’s part of it. It’s fun to have the hero moment… not gonna lie. As Steve alluded to, Tuttle isn’t really built for big hero moments during action settings – it’s like when a football game comes down to a field goal and the kicker gets to be the hero.

More generally, it’s an episode that manages to be an action episode without relying heavily on traditional combat. That can be a delicate needle to thread, but this worked well. Going back as a listener (yes, I listen to each show to refresh my memory to write these posts), it had excitement and drama and it still flowed pretty well even though there were only one or two traditional attack roles. And most of those were against masonry.

I’m not trying to be defensive, but since Steve threw it out there, let me say it loud for the people in the back – I had no advance knowledge of the encounter. Though as an aside, there’s an incriminating picture I now have to delete from my phone: last year, I was at a local game store and sent Steve a picture of me holding the Dead Suns adventure path books with the caption NOW I KNOW EVERYTHING! just to mess with him.

The real, but comparatively boring answer is that I’ve just been a fan of the Teleportation Puck as a device ever since I did my review of the Armory last year. At 1500 credits, it’s a little pricy for a single-shot item (that’s like three Mk2 grenades, and I’m too cheap to buy those!), but I’ve been on record that it could be situationally VERY useful. So one of our shopping trips – don’t remember if it was after Castrovel or the Diaspora, but around then – I went ahead and bought one. Just in case.

(Truth told, I think my nightmare scenario was the bottomless chasm – that Tuttle would be in a place where he’d have to rely heavily on Acrobatics or Athletics to traverse an otherwise unreachable location, in which case a one-time free pass would be really useful.)

Well, welcome to “just in case”. Just not the case I imagined.

I will confess maybe I got caught up on using the puck and maybe missed some other opportunities. First, perhaps if I’d just done assists on the strength checks, maybe Mo might have succeeded. Then again… Steve says in the post-game that the DC was 25… so Mo’s got a +4, even if Chris and I both hit our assist rolls, that’s another +4… +8 leaves us with a 17 or higher, which is still only a 20% chance. So still a pretty tough roll to make. Another thought I had after the fact is that when the distance between us was at its furthest, maybe we should’ve shot the ceiling over the swarm and tried to manufacture some area damage that way. Not sure if that was a viable solution or not but I’m feeling like it was at least worth a try and a bit of a missed opportunity.

But let’s get back to Puck Shenanigans 101.

When the encounter started, I was thinking it would be harder to even get out of the room, and the puck was going to be our ticket out of the dead-end we were trapped in. Turn the tables, get closer to the exit, maybe take some shot at closing the door and locking it in or something. But then it turned out we could just run through the swarm, and that put it on the back burner a little. So I spent the first few rounds thinking “well, that’s anticlimactic” and preparing to put it back in my bag. (And as it turns out, Steve said later it can go through walls, so sounds like that wouldn’t have worked anyway.)

Next, we had the brief interlude of Mouse Parkour where I got caught on the wrong side of the pit that opened up when Mo went through… that was an interesting dilemma. It essentially amounted to “traverse the pit slowly and possibly end up in the swarm for a round or two”, or “try the skill I’m the absolute worst at with pretty serious consequences for failure”. I felt like the nightmare scenario was going to be falling into the pit (so there’s 30’ of fall damage) followed by trying to get out WITH the swarm on top of me, so I was content to maybe eat one attack to avoid that outcome. But then, maybe it’s a little meta-gamey and overly reliant on “squares” but I found the best of both worlds: by catching the lip of the pit for a round, I was able to put myself one square short of the swarm’s movement, and then next round I was able to switch walls and use the rest of my move to get back out of range. MOUSE PARKOUR! (Ironically, I’m currently rewatching The Office on Netflix, and just reached the parkour episode last night.)

So then the chase resumes and my mindset shifted on the puck. I started thinking that if I could find some way to get it outside the building, that would be ideal, particularly once Mo started repeatedly failing on the door checks. I was initially thinking of a window or air vent, or maybe I’d see if there was a natural crack that already existed. Trying to shoot my own hole in the wall? That was more just general desperation and seeing if Steve would let me get away with it.

And that’s a key point. I give Steve a lot of credit as a GM here. An overly-competitive “me against the players” GM might have taken it as an affront that I’d come up with a way to circumvent their death trap. They could’ve ruled that I couldn’t do enough damage to put a hole in the wall, or could’ve had chunks of ceiling come down when I started shooting or could’ve made the roll to get the puck through the hole unnecessarily hard. Heck, a GM who was not competitive but simply unimaginative might have thrown up their hands, said “well, this isn’t really on the page, so you can’t do it”. I think it’s to Steve’s credit that he recognized that letting me try made for an interesting story moment, even if it wasn’t how the encounter was “supposed” to go.

While we’re at it, I also give Steve credit for finding a way to keep Bob involved. I’ve been that guy who sat on the couch for 45 minutes because the party was split and “my” part of the story was easier to resolve than the other group’s – it’s not a lot of fun. Steve’s solution didn’t have to be anything fancy… engine malfunction, ship taking damage, what are you gonna do? (For those of us old enough to remember the first Speed movie… POP QUIZ!)… but it kept us all involved and made us feel like we’re still all doing this as a team.

So I don’t want to break my own arm patting ourselves on the back, but I really thought this episode was what this hobby is all about. Players coming up with unconventional solutions to problems, and a GM who is willing to collaborate and run with it, rather than shunting it back into one of the paths it was “supposed” to follow. It was engaging, dynamic… good god, I’m spouting buzzwords. SYNERGY. PARADIGM. What I’m trying to say is I feel like this episode took a tricky situation we managed to guide it to a satisfying conclusion.

And we split the party and didn’t die. So there’s that.

Well, that’s all I’ve got for this week, folks. I’m about to descend into my Endgame-spoiler-free bunker for the next 24-48 hours (seeing it Friday morning) but hope you enjoyed this episode as much as I did, and hope you’ll continue to visit us on Discord and partake of the ongoing tomfoolery. Until next week, have a good weekend and good gaming to you all.