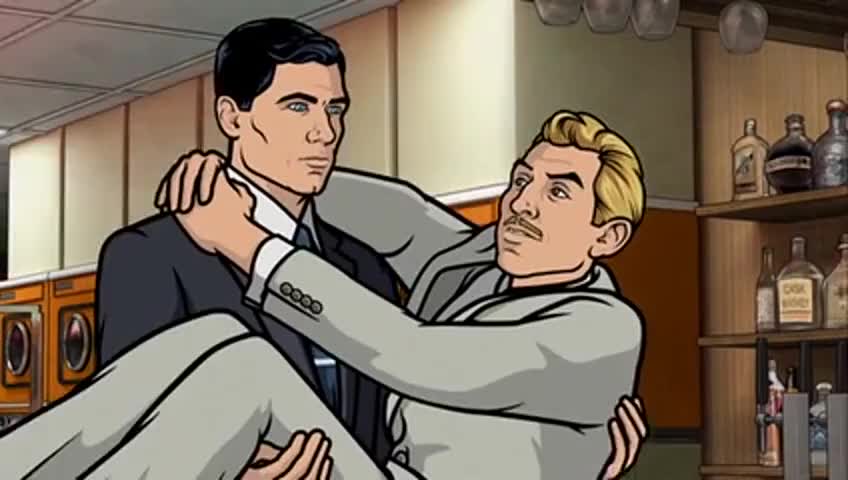 Jason recaps the events from Roll For Combat, Episode 076: The Slug Defense.

The theme of this week’s episode is “Let’s get to know Akiro”, followed shortly by “This Akiro’s pretty good, isn’t he?”

Last week we got to meet Akiro and get his backstory, but the great unanswered question was – what does he bring to the table in a fight? Spiky armor is cool and all, but does that mean he’s a front-line fighter who can absorb some of the beatings Mo has been taking? The lack of a melee weapon would argue otherwise. As would the fact that, at a player level, Chris rarely plays characters like that – Chris is fond of his hit-and-run attackers.

The first thing we learn is that Akiro is a caster but a Technomancer rather than a Mystic (which had been my first thought). Upon further review, that pendant that popped out last week was probably just his focus item, not a holy symbol. We the players pick it up as the combat unfolds when he casts his trusty holographic image and magic missile. You guys accidentally pick it up earlier thanks to a mild spoiler from our trusty voiceover dude. Oops. But yeah… he’s a spell-slinger. At a meta-level, it’s nice to finally have some magic in the party – only took 75 episodes. No, I’m not really counting Tuttle’s Technomantic Dabbler feat. Comparatively speaking, that’s a party trick.

Even with that revelation, there’s still the gear to account for. Neither longarms nor heavy armor are standard kit for a caster, so is that how he used his feats or is it a dip into Soldier? I will say in Pathfinder, Chris was pretty fond of the one-level dip. I think in one of our campaigns he actually dipped TWO different classes along with his main. He’s into weird unorthodox builds – not even necessarily min-maxing; I think he just likes very particularly tailored characters that can do exactly what he wants them to do.

Me, I pretty much prefer pristine single-class builds. I think I have this sense that if you don’t do it early, it becomes less appealing as you level because then it’s “do I want Level X abilities for this class or Level 1 abilities for the other?” Around the same time, I took that Technomantic Dabbling, I was actually considering just dipping a level of Technomancer, but I just couldn’t bring myself to do it for exactly that reason – “do I want this pretty decent Mechanic trick, or do I want to cast Magic Missile once?” I also get seduced by the high-end abilities, which doesn’t make a lot of logical sense since I think the highest campaign we’ve run in recent memory only got out to the mid-teens.

But I digress. Back to Not Hirogi, and our fight with the snake. Akiro’s gun is pretty interesting – 1d20 for damage. Never seen anything like that in Pathfinder. Not saying it doesn’t exist – in fact, given all the material that’s been released, I suspect it’s out there in the back pages of some supplement somewhere – but that’s my first time seeing something with big damage swings like that. Personally, I would find that sort of weapon infuriating, but it’s probably the perfect weapon for Chris. Again, a reflection of our styles as players – Chris likes big risk and big reward, I’d rather dish out the same reliable damage every round. I’m feeling like the Rounders analogies are writing themselves here – I’m Johnny Knish, and he’s… Mike McD? Worm? Teddy KGB? All I can say for sure is that in the game of Starfinder, healing serums are the fucking rake.

So other than Rusty getting somewhat aggressively hugged by the snake, we sail through the first encounter relatively unharmed. A fight where no one went past stamina points! That’s crazy! And then we go into the “Maze of Ghosts” which turns out to be some sort of weird holographic museum. I got vibes of Hersheypark or Epcot (or the Hall of the off of it). Only Mo decides to be a goof and walk through the holograms, and… time to fight again.

On one hand, very little we’ve fought since landing on this planet has been that threatening. On the other hand, incorporeal. (groan) But as the battle unfolds – and I don’t know if you can really tell this without the battle-map – but it seemed like the holographic guy was tethered to within a certain range of his projector, so it seemed like we could get to a point where we could avoid it or just grind it down from range if we had to. Mo, in particular, was being stubborn about staying within range and slugging it out, but the rest of us were not really in any danger. So again, once we got a sense for its limitations, it wasn’t really that tough of a fight.

So we take care of business – two relatively easy fights in one episode! – and arrive at the alien equivalent of Disney’s Hall of the Presidents, where we get another audio recording that sheds a little light on the puzzle of the security codes. It sounds like we need two codes, which we then take to the central security office to get the actual code we need to get into the temple. Got it? Good. That’s where we’ll pick it up next week.

As far as Steve and Perram’s tip, I don’t GM a lot, but I can agree with most of what they said from the player perspective. I definitely co-sign on using a small starter adventure (Society or otherwise) to test your character before you take it out into the wild. Or heck, even just whip up a mock combat and run it yourself and see how it goes. Sometimes that character idea you love on paper just doesn’t work in the real world, and it’s much better to find that out when the stakes are low.

Alternatively, on those rare occasions when I do GM, I tend to allow free re-rolls until Level 2. Sure, it breaks immersion a little bit, but I’d rather have players enjoying the game and playing something they like than stuck with a character that doesn’t work for them.

The thing from the player perspective I wanted to dig in on just a little bit is how much to coordinate character builds within the group. On one hand, if you don’t coordinate a little bit, you could end up with a group composition that’s going to have a lot of trouble performing. Imagine a party of four cloth casters running out of spells after one battle. On the other hand, I do think you can overplan, and strict adherence to “we need a tank, a healer, a caster, and a rogue” can suck all the fun out of things on a couple of different levels. First, strict adherence to an “ideal” composition almost always leaves at least one player playing something they didn’t really want to play. Second, up to a certain point, sub-optimal groups can actually be fun. It can be a neat puzzle to figure out what you’ve got to work with and how to make it work with the situations at hand. You know… like running a Starfinder campaign with no healer and no magic.

Also, in a dynamic particular to our group, Bob tends to be a little more secretive in his character builds. He usually has some roleplay wrinkle to his characters, so he doesn’t WANT to just lay his character sheet on the table and say “here’s what I can do”. The gradual “reveal” of the character over the course of the campaign is part of what he enjoys.

Personally – and perhaps this speaks to my nature as an altaholic – I’ll whip up two or three characters I wouldn’t mind playing and then choose one based on what the rest of the group is doing, rather than locking in on a single concept. For this game, I actually had both a Solarian and a Mechanic ready to go, but I decided to go Mechanic because the drone dynamic interested me, and because I hadn’t played a skills monkey character in a while. That was also a byproduct of my Dads-n-Kids game, where we’d let the kids pick their builds first and then fill in gaps in the party around them.

I think that’s all we have for this week. Next week, we resume our search for the keycode that will get us into the Temple of the Big Bad. I will pre-warn you that there is a small possibility next week’s Talking will be late – I have friends and family coming into town, and that’s going to make for some weird scheduling. Or perhaps I’ll pre-write it, and it could be really early, but have nothing to do with the week’s episode (“Page 93, and now he’s in an extended digression about Charo’s guest appearances on The Love Boat”). Think of it as the literary equivalent of Akiro’s new gun – big risk, big reward. In the meantime, feel free to drop by the Discord channel and join the ongoing merriment, and good luck to those of you entering the PaizoCon contest. See you next week!