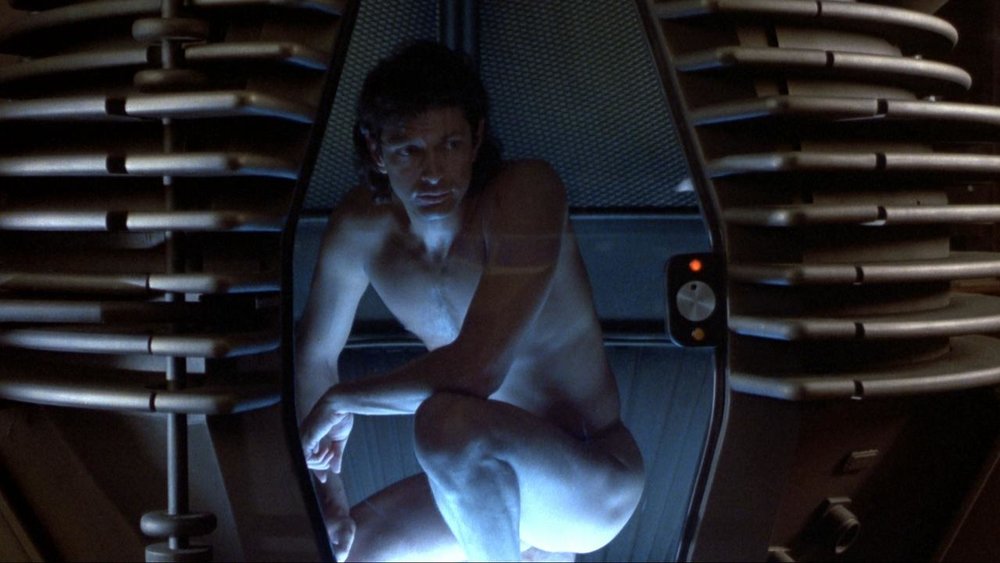 Jason recaps the events from Roll For Combat, Episode 074: Healthcare Beyond the Pact Worlds.

Well, I did not expect that. But then again, maybe deep-down, I did.

When Tuttle stepped in to work on the alien healing contraption, I figured getting it working properly for the Kish was the big win, and that maybe we’d set up as an emergency heal-of-last-resort device. I didn’t actually think we were going to use it at that particular point in the story. I more envisioned that if we get some weird space disease we can come back and try it then.

But once Steve started talking about how it might bump your stats or add levels, I wasn’t that surprised to see Chris jump in so willingly. Chris is always into big risk, big reward when he plays. If it’s 50-50 that the machine will give him three levels or turn him into a puddle of translucent goo, he’ll take that bet. So when Chris got in the machine, I think our collective reaction was “of course he did”.

(Also, I think some of it was just saying yes to the strangeness as I did with letting the goblins rebuild CHDRR. Rusty got turned undead; I got CHDRR… it wouldn’t surprise me if Chris did it just to see where the story goes.)

As Steve mentioned, Bob tends to be the opposite. Well… let me refine that a little. Bob is very improvisational on the social interactions/roleplay side, but when it comes to character builds and the nuts and bolts of combat, Bob is more of a percentage player, and I don’t think he would’ve risked it.

I feel like John would’ve passed more because he’s reached a comfort zone with Mo. He knows who that character is, and he likes him that way. I think change – good or bad – would take Mo in a different direction than he’s currently going, and I feel like John is content to stay the course.

For me, I felt like Tuttle would have had to decline as a roleplaying thing. He’s a scientist; he wouldn’t put himself in that machine unless he either knew exactly what it would do or unless there was no other choice. (Though, as a scientist, he’s quite happy to put another willing volunteer in there and see what happens. Knowledge is its own reward.) Different campaign, different character? I might have jumped in on that.

Looking more generally about my playstyle, I think if I have a weakness as a player, it’s that I over-compartmentalize the game and tend to check out a little on the parts my character isn’t good at. Tuttle doesn’t have good charisma and isn’t good at “face of the party” skills; I think sometimes I’m guilty of punting and saying “Bob can handle it” when maybe there are opportunities to chip in around the edges that I don’t identify quickly enough. In a different game, I might have high charisma and do “face of the party” stuff but blow off skills challenges. I could claim it’s roleplaying, and sometimes it is, but other times it’s just disengaging rather than doing a bunch of dice rolls I’m likely to fail.

If I’m being honest, dealing with the Kish in the waiting room was probably one of those moments. Rusty had the face skills, Hirogi was the one who could actually speak the language (or at least his pidgin version of it), Mo at least looks physically intimidating. Tuttle didn’t really have an obvious role to play, and I probably fell into “wake me when there’s a computer to hack” mode instead of going into “yes, and…” mode and figuring out some way I could chip in.

I have to admit, the trap surprised me. I don’t know if we’re getting rusty, traps just aren’t as common in the sci-fi setting, or if maybe the setting of a hospital gave us a false sense of security (seriously… who booby-traps a hospital?), but totally didn’t see that coming. I’m guessing the cultists set this up when they were here, but as a minor story point, I’m confused how the Kish got past it without setting it off, if they supposedly came after the cultists.

The ensuing argument about short rests… I mean, ultimately both sides had a point, but it was kinda pointless in its net effect. On one hand, if you do a social encounter that lasts multiple hours and doesn’t involve physical exertion, you’d assume there’s sort of an implied rest in there. On the other hand, we are functioning adults and responsible for our own characters – if we didn’t say we took the rest (and explicitly spent the Resolve Point), it’s a fair position that it’s not Steve’s job to baby us.

I hadn’t taken any damage, so I didn’t really have a stake in this particular back-and-forth, but I’m vested in terms of knowing what the policy’s going to be going forward. My initial read was that I would’ve made us eat our mistake if I was GM’ing, but that’s just me.

I suppose there were two lesser mitigating factors. First, should the answer change if some of the damage happened a week ago in a prior session? It’s one thing to forget the damage that happened 10 minutes ago, but some of that damage had happened the previous week in real time. (Counter-point: maybe we spend some of that pre-game time we spend BS-ing about poker looking at our character sheets.) Second, it is true that Stamina Points are buried a little bit in the tool because they had to wedge them into an existing framework. If you look at the top level, it just shows hit points and you may appear to be at full health, but then you have to drill down two levels to see your Stamina Points.

Well, whatever. Steve decided what he did and we move on. One more big fight – other than they hit a lot harder than the Kish, still not a tremendously difficult fight – and it’s time for Hirogi’s Date With Destiny….

… which we’ll find out about next week.

Before I wrap up, I’m going to briefly chime in on the question about favorite character races. If we were starting a new campaign today, I would probably choose either the Contemplative (aka “Brain-In-A-Jar” race) or the Kalo (the underwater fish-people race). The former is fairly obvious; it’s a giant brain on a wee little body. Endless comedic potential. The Kalo… I guess it’s just that I liked the artwork, maybe wrapped up with some residual love for Abe Sapien from Hellboy. Fish people rule! One more choice I wanted to mention was the ghorans from Alien Archive 2. I didn’t think the race itself was especially unique – basically a plant-based humanoid – they have my favorite racial backstory: they’re plant people created by a druid thousands of years ago to be “perfect” beings, but part of their perfection was TASTING perfect, so they were hunted almost to extinction because they were so damn tasty.

The Uplifted Bear? Not a huge fan. Wake me when they uplift otters, red pandas, or penguins.

Well, that’s going to be it for this episode. Obviously, you’ll want to come back next week to see what happens to Hirogi. (We know you’re curious. Don’t deny it.) Will Hirogi become the perfect hunter and become even more insufferable than before? Or did he screw up and ruin his character beyond repair? Can’t wait to find out! In the meantime, feel free to drop by on our Discord channel or other social media, make your predictions, and join in the fun. We’ll see you next week!