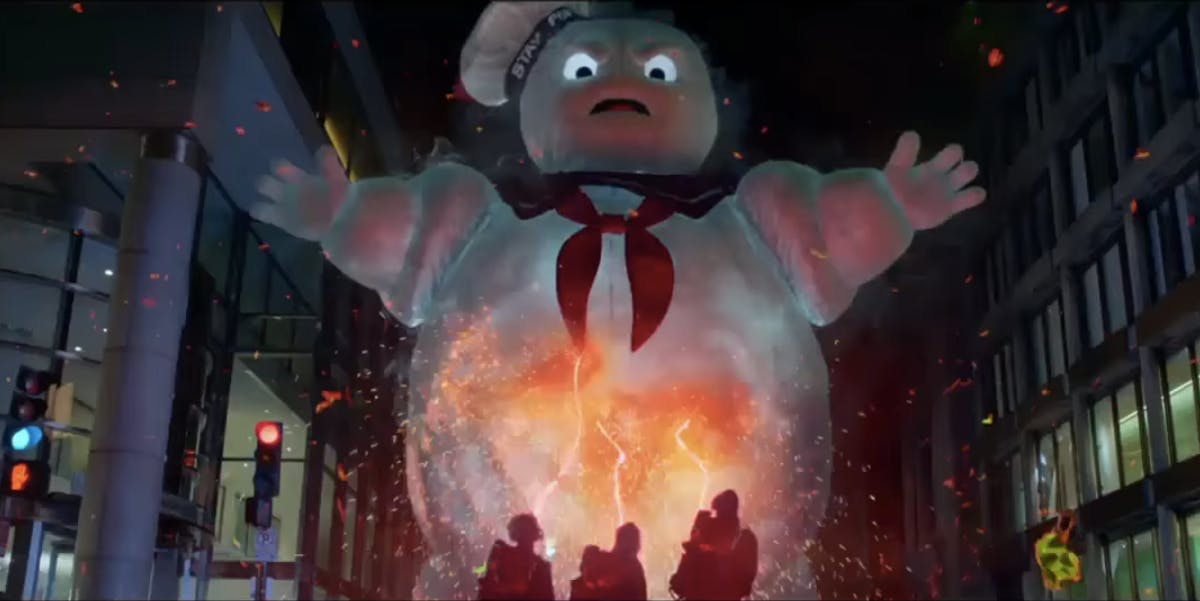 Jason recaps the events from Roll For Combat, Episode 064: Pleased to Meet Kaiju.

On one hand, this ellicoth isn’t viscerally creepy the way some of the more horror-infused monsters have been. A big dumb cow-ephant doesn’t really give you bad dreams for the next few days the way some of the other creatures might. No larvae, no brain-melting acid… walk in the park, right?

On the other hand… 20-foot reach? Basically hits on anything greater than a 1? LOW damage is about 20? Basically, it’s a Macy’s Thanksgiving Balloon of Death. Any chance we brought harpoons and tow cables? No? Pity.

What’s compounding the problem in the early stages is that we don’t really seem to be settling into any sort of plan. It’s a little hard to place people without the battle map, but we had a distinct difference of opinions. Bob seemed to be maneuvering as if we were in full retreat. I was trying to do more of a guarded withdrawal since we had to move in such a way to avoid hits. Mo sounded like he actually wanted to go the other way and retreat into the hut if that was possible. (Though… isn’t the marrowblight in there? Yeah… bleed encounters… that couldn’t possibly go poorly.) Hirogi was coming from the other side of the building so he was actually fairly safe and was treating it as just another fight. I know, he’s got trophies on the brain again.

Frankly, I liked my idea of splitting up even if it was met with skepticism. I figured if we each picked a compass direction, maybe we could figure out a way to ping-pong it back and forth between us… while at any given time, 3 out of 4 of us would be safely out of range. (Sucks to be the one in range, though maybe that person could double-move to stay ahead of it.) But at least early on, it didn’t seem like that idea was getting much traction, and I will admit I hadn’t considered that the terrain might become difficult or impassable if you stray too far off the road.

Also not good: two hits basically took CHDRR out of the fight. On some level, CHDRR is expendable, and if his dying serves the greater good, I’ll do it. That said, I’d prefer to save his heroic sacrifice for a moment when it means something, not when we’ve barely put 20 points of damage on this thing. Also, not to be too meta-gamey, but if CHDRR dies, I’d need 24 hours to repair him, which puts him out of commission for the marrowblight. So for the moment, I’m going to have to pull him back to the edge of the fight and crit-farm from range.

One thing that dawns on me: I’m just glad we’re not playing this encounter with Pathfinder Playtest rules. Pretty sure critting any time you exceed the hit threshold by 10 would turn this into a massacre.

So, I don’t know how this is going to go. On one hand, it hits like a truck; on the other, it doesn’t seem especially fast for its size, and it has so far only attacked once per round. And while it hits me on any number, maybe the people with better armor are a little harder to hit and it might actually miss once or twice. One can hope, anyway.

The fight makes up the bulk of the episode and is going to continue into next week, so there’s not a lot more to be said about it for now. I did want to briefly go back to John’s confrontation with Wynetta Trux – on re-listen, was John just being exasperated, or did John actually think Wynetta was sand-bagging us on purpose, or that she might even be in league with the Corpse Fleet? I think he was just roleplaying exasperation on Mo’s part, but there’s a few moments where it played like the latter.

As far as Steve’s GM tip, I figured I’d talk a bit about how I handle imagery for my characters.

For informal games, I’ll usually just grab something off the Internet, as I suppose a lot of us do. Yes, I have a monk who is represented by Future Liu Kang (“Old Man Liu-gan”?) from Mortal Kombat X, and there was a sorcerer who was a particularly appealing Jace Belerin card from Magic The Gathering.

For characters that are going out in “public”, I like to put in a little more creative legwork; since I’m not any sort of artist (I peaked at stick figures for the most part), I’ll often fall back on character creation tools from video games. Neverwinter 2’s creator tool was a nice one for a long time, though a bit low-res and you got more of a general body look than any facial detail – for facial detail, possibly something like Dragon Age or I think I even used The Sims 3 once. Or sometimes I’ll reverse-engineer the process by going to my local game store and buying a miniature and letting that drive the character I make.

Of course, the caveat on all of this is that it’s easier for the fantasy environment because it’s more established. It can be tough to find anything for Starfinder because the races are so new. OK, humans and androids are easy enough. Ysoki and vesk have some analogs (rat-man/lizard-man) in other universes, though they tend to be holding fantasy weaponry and wearing fantasy armor. But Shirren? Kasatha? Races from the newer books? There, you’re kinda on your own, which, I suppose, is another reason to spring for character art if it’s a character you’ll be using for a while.

I did take a quick listen to Steve’s interview with Rob McCready about the new playtest classes, but I feel like I’m kinda stuck in the middle – I don’t want to just regurgitate what I said last week, but until we actually sit down and play them, I’m not sure I have a ton of new things to say. My main takeaway: comparing them to Pathfinder classes is a bit of a no-no. I also hoped to hear more about the “other” stuff in the Character Operations Manual, but if it’s too early, it’s too early.

Next week, we should get the rest of this big fight against the ellicoth. After that… I guess we’ll see what Steve decides as far as taking a holiday break. Ironically, right when Steve goes on vacation is when my schedule slows down for the year, so I’m game for whatever. Perhaps it’s time for TUTTLE AFTER DARK: A FREE-FORM EXPLORATION OF THE HUMAN SOUL. Jazz music! Bad poetry! UTOPIAN MANIFESTOS! It’ll be like when Dylan went electric, man!

(There, that ought to get Steve cracking on editing the next few episodes…)

Well, whatever Steve decides about the holiday slowdown, we’ve got a new episode next week at the very least, so we’ll see you back here for that. In the meantime, hope you get a chance to drop by the Discord channel, whether it’s to playtest the new classes, or just to drop in on the reindeer games. See you out there in the Drift.