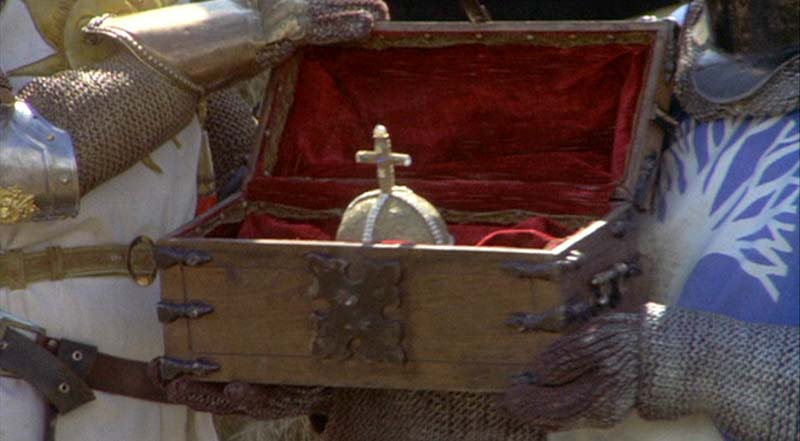 Jason recaps the events from Roll For Combat, Episode 043: Stealth and Fitness.

The good news this week is that we were able to get into the temple without having to fight the Panelliar, aka the Elf On The Shelf. Given how Round One of that battle went, I’m glad we’re not doing that again anytime soon. On the other hand… he’s still there, and we still have to get out of here, so I have this sinking feeling that we still have to solve this problem at some point. I’m still holding out hope that we find something inside the temple that will cause the elf to stand down – some sort of password; special hat or robes that identify us as someone who’s allowed to be there; if this is the final area, maybe we can find Dr. Solstarni and she can use her scholarly ways to “defuse” him once we rescue her… something like that.

In the meantime though… lacking any other way to get into the temple, we’ve got to climb. Ohhhhh brother. For everyone else, it’s an Adam West “turn the camera sideways” walk in the park. Even for poor bookish Tuttle, it still shouldn’t be that hard – he’s the only one that can mathematically fail, but it’s still pretty hard to do so. Which is, of course, the cue for Murphy’s Law to come through with a series of single-digit dice rolls, including a natural 1 that almost sent the good Doctor plummeting to his death. Ugh.

(Add “climbing” to the list of problems to solve with technology purchases once we get out of this jungle. File it right next to “better environmental mitigation”.)

Despite the momentary drama of almost falling a few times, we do eventually reach the top, and we can get in through the observatory. Even better… we find more Loot Boxes of Wonder! (Putting Steve’s GM tip together with the game action, it sounds like these were supposed to be the reward for clearing this area, and we found them a little early. Sorry.) This time, we’ll learn our lesson and not “waste” them by using them right away – of the three we set off back on the Drift Rock, two seemed more directly applicable to combat.

Here’s where I’ll take a moment to discuss Steve’s GM point about doing things out of order. I don’t GM as often as Steve, but it seems to me like the decision point is whether you have to move story elements around to accommodate the players’ new solution to the problem. If it’s just a sweep-and-clear and you’re doing a few fights out of order because the players came in the wrong way… yeah, whatever. A-B-C and B-C-A will come out in the wash. If the players come up with something that starts displacing story elements – you bypassed the room where you get the key from the captain of the guard, and now you can’t set the Pixie Queen free because you skipped that room – maybe the GM has to find a way to (gently) disallow their actions and put them back on the rails a little.

As players, I don’t think it’s really a question of “don’t abuse it”: we still need to play innovatively and come up with creative ways to solve problems. Our job is to play and the GM decides if it’s “abuse” or not. But we do need to recognize that one of the GM’s jobs is to be a good steward of the story and that sometimes the story has to win. The world behind that GM screen looks totally different, they know what’s coming, and if they say “no” in the short term, it’s not because they want to be a dick or are too lazy to do it your way, but because they believe that making you solve the problem another way will make the overall story unfold in a more satisfying way.

At least that’s the case if you trust your GM. There are GMs who think their story is the only thing that matters and the players are just actors in their script. If you have that sort of GM, run far far away.

So Hirogi starts doing a little recon down below, and of course, there are guardians inside the temple as well. On the positive side, they seem like they aren’t going to be quite as tough as the guy outside. On the negative side, Hirogi’s stealth and the elf holo-disguise don’t seem to be fooling them, so we’re not going to be able to talk our way past them, either.

And here’s where I’m going to give Chris a compliment. For as many times as I’ve complained about “Hirogi being Hirogi” and gotten mad at him for going against the party, Chris actually comes up with a really solid plan here. Lure them up the stairs, blowing them up with grenades as they go, so they’re either dead or dying by the time they reach the top, and we set up a kill box at the top to deal with whatever’s left. Sounds good, right?

I mean, Chris is taking the initial risk luring them up the stairs, and Mo’s going to be the one holding the point at the top of the stairs, so it sounds like a great plan to Tuttle.

But then… in a more minor “Hirogi Being Hirogi” moment, Chris decides to use the goblin grenades for his plan.

Now… I don’t want to be too much of a backseat driver, and I recognize some of this is 20-20 hindsight, but I’m pretty sure we’d picked up several more conventional grenades during our travels. The cultists at the Plague Warden had a couple shock grenades on them if I remember correctly. Wouldn’t this plan have worked just as well with those? But to be fair, even though we expected some level of weirdness from goblin tech, I don’t think anyone really would’ve expected what came next.

Yup. In a classic facepalm moment, the first grenade did a nice chunk of damage and then the next one healed them back up. In the words of that wise philosopher Winnie The Pooh, “Oh bother”.

Big picture, it’s one of those great gaming moments – one of those things we’ll remember and come back to months or even years later. Six months from now, Chris will go to throw a grenade and someone’s gonna say “make sure not to heal them”. In the short term, I’m feeling like save our laughs for after we’ve survived the encounter. Right now we have fully healed animated statues coming up the stairs at us, so let’s get to work on that.

Buuuuuut that’s a story for next time. Join us next week as we (hopefully) thump some statues and continue our reverse-order trek through the Temple of the Twelve. Will we find Dr. Solstarni? Is there a boss battle in our future? Can we get back out without having to fight Panelliar? Even if we get past all of that, how are we going to get back to civilization? Tune in next time and find out.

Lastly, since Steve has been discussing plans for GenCon, I should mention that I will unfortunately not be able to attend this year. Without airing too much of my personal business, early August is one of those busy times of year at work where we’re not officially prohibited from taking a vacation, but we get a little bit of stink-eye if we do. So I’ll be following along on the Discord channel, enjoying the photos and stories along with the rest of you… hope everyone who is going has a great time.