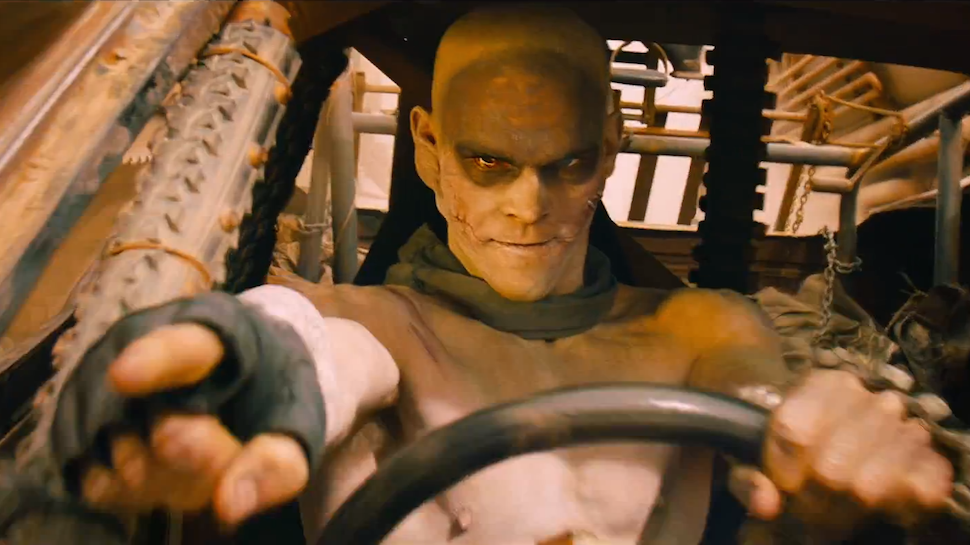 Jason recaps the events from Roll For Combat, Episode 039: The Great Indoors.

Well…. No more difficult terrain to deal with. What am I going to complain about now? Part of me finds surrender an unsatisfying way to win, but I suppose if the sniper had jumped down and started running across the difficult terrain and we had to chase it, I probably would’ve voluntarily poured Diet Coke on my own laptop to make the misery stop.

On the surface, we started this phase of the battle in pretty rough shape, as everyone except Tuttle was pretty dinged up. On the other hand, we’d gotten the two biggest challenges out of the way with, and what’s left didn’t feel that imposing. Two guys who just felt like cannon-fodder and a sniper whose weapon hits hard but fires slowly. Even in our current condition, I still felt like we could handle it, and that turned out to be correct.

In fact, I’m noticing a larger trend here. I find myself worrying when we face monsters – they tend to come with the sorts of nasty special abilities that really stretch our lack of magic and/or healing to the limits. Disease. Poison. Paralysis. Implanting of chest-bursters. General nastiness. But when we face humanoids? By and large, they tend to just be straight-up slugfests, and I usually put my money on our team in situations like that. Even in a situation like this where we enter pre-damaged, I’m able to retain a certain level of “we’ve got this” confidence.

I will admit part of that bravado is just dumb luck that we haven’t run into any humanoids with magic or other special abilities. So far it’s just been their firepower vs. our firepower. It’s possible we’ll eventually run into a humanoid caster and that might get uncomfortable. (See Also: PaizoCon, where we fought a technomancer NPC that definitely took a little bit of a toll on us.) But for the most part, it’s been battles of roughly equal tools.

And another part of that bravado is that in this particular battle, it’s easy for me to say that – I’m only into stamina damage.  Maybe I’d be feeling different if the StarJelly had spent the last 15 rounds chewing on me instead of Mo. I’ll accept some ribbing from the guys about that, but I can’t feel guilty about it. It’s a product of circumstance. As I pointed out last time, the game mechanics of moving the drone put me at a disadvantage. Unless the guys would’ve preferred I left CHDRR (and half my offense) to supervise Wahloss’ omelet-making, I was going to fall behind and there wasn’t much to be done about it. At least until Level 7 where CHDRR gets an AI upgrade.

I do think Steve gave us a bit of a hint how we could’ve handled this differently when he dropped the factoid into the conversation that the sniper didn’t start shooting until we reached 250 feet. The good folks at 20/20 Hindsight Farms would probably say Mo should’ve pulled back when the SpaceJelly hit him and we should’ve dealt with that outside the sniper’s range first, and then charged. But hey… you live, you learn.

Well, most people learn. Us? Not so much.

Speaking of living and learning, I would like to point out that this is the first episode where you can see me actively looking for chances to use THE BUTTON. (And for the record, this was recorded before we went to PaizoCon, so I hadn’t received my public shaming yet.) We reached a point where the sniper was cornered out on the statue’s hand, there was nowhere to run: full attacks from everyone involved to finish things quicker was clearly the smart play, but it seemed like a good moment to give the people what they want. I will admit to a faint glimmer of hubris that we’d still get Whirling Chainsaw Dervish and THE BUTTON would actually notch its first direct kill, but nope… instead, we get NASCAR CHDRR. He will ride eternal, cheesy and chrome!

I’m starting to gravitate toward the realization that most of THE BUTTON’s effects are buffs and heals, which means a) let’s start deploying it earlier in fights and b) let’s not worry so much about positioning CHDRR in front of bad guys before using it. If there’s a Whirling Chainsaw Dervish waiting to be found, it feels like it’s going to be a pretty extreme edge case, so it’s probably best to stop treating it as the most likely outcome.

Regarding Steve’s GM tip about the Pathfinder Playtest game modes, I think we stumbled on a lot of that organically by virtue of being a group that plays remotely (and in particular in different time zones). Even before we started podcasting, time was our most precious commodity – we had people in different time zones, three of us are parents, we ALL have various out-of-game obligations, we tend to not have a lot of wiggle room to start early or end late. Yes, it’s a leisure activity, but we are forced to keep to a schedule with some diligence.

Downtime mode was a natural extension of that schedule – do as much of possible out-of-channel so we could maximize our “productivity” (I hate the word – it conjures up images of PowerPoint slides – but it’s applicable here) when we actually got online to play. For us, “downtime” really meant DOWNtime. Leveling characters, going shopping, crafting, research, even some low-level NPC interactions were things we didn’t actually “play” but instead farmed out to email between sessions. Thumbing through the rulebook choosing feats might be moderately interesting when you’re face to face and can shoot the breeze while you’re doing it: when you’re disembodied voices on the other end of a headset, it starts to feel like an invitation to check out.

Exploration mode is similar though there’s really no way to do it out of channel. Looting/searching rooms after a battle is a prime example – dragging our characters around D20Pro square by square doing Perception checks may be the technically correct way to do it (“I look in the crate”, “I look behind the sofa”), and maybe there’s a way to make that flow sitting at a table. In an online setting, it feels more like turning 2 minutes of actual action into 15 minutes of busy-work. So there are a lot of times where Steve lets us exist in a perpetual “Take 20” bubble that functions a whole lot like “Exploration Mode”. The two exceptions are a) if there are specific things that need to be found, or devices that are binary in nature (you make them work or something bad happens) or b) if we’re in a section of the adventure where time is a factor and the time associated with a bunch of Take-10/Take-20 equivalents would be unfair.

I don’t to make this sound like it was an easy or obvious for Paizo to come up with, but it does seem like a useful way to structure and apply terminology and boundaries to something we already do. Like Steve said, sometimes there can be gray areas where you don’t know whether something should be hand-waved, and having a rule to fall back on could be very useful.

So next week, we’re done fighting, but we’re not necessarily done with the encounter as a whole. We still have to see what information the sniper might have, and we probably need to drag Wahloss up to the temple to see if there are any clues to be found. While we’re waiting for that to happen, feel free to drop into Downtime Mode and join us on social media. See you next week.