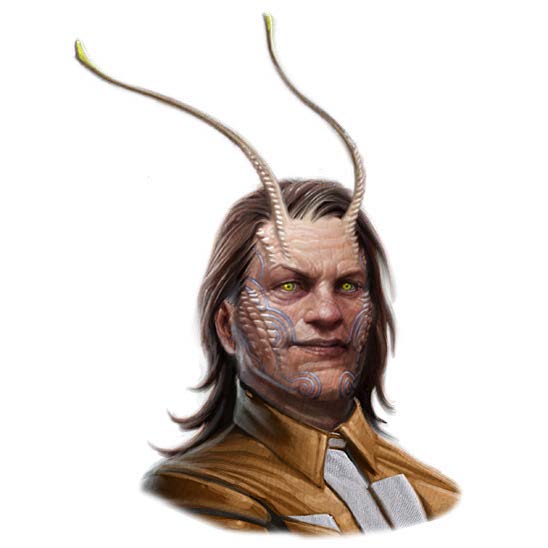 Jason recaps the events from Roll For Combat, Episode 034: Undressed For Success.

I’m going to start at the tail end of this week’s show with the player perspective on the GM tip. To some degree, it doesn’t matter what I think as the player because the GM has to do all the heavy lifting in terms of building the content in the game engine. Unless you’re willing to help the GM implement, there’s a degree to which the player perspective is YOUR GM SLAVED ALL DAY IN THE KITCHEN TO MAKE YOU THIS GAME TABLE, NOW EAT IT AND BE THANKFUL.

Having said that, I assume I’m still allowed to have an opinion and there might be groups that haven’t decided on a tool yet, so I’ll offer my two cents… though at the risk of being anti-climactic, my player-eye view of the tools pretty much lines up with Steve’s.

So now we turn back to the game, where Rusty and Hirogi are doing an impromptu production of Hair, shedding their armor and going almost au naturel. (Looks like I was a few weeks early with that song snippet.) I suppose I concede the logic that we need to conserve our cooling resources, and I even sort of agree with Chris’ meta-logic – if a creature is already rolling a +13, I’m not sure 3 or 4 points of armor is really going to be a deal-breaker. If his armor had damage reduction, that might be one thing, but taking a 90% chance to hit down to an 80% or a 75%… that doesn’t feel like a huge sacrifice.

Aside: shall we pass the hat to have the artist draw Naked Hirogi, preferably in the Kate Winslet pose from Titanic? When is Chris’ birthday, anyway?… muahahaha….

But even better, John to the rescue with the surprisingly timely Rules Lawyer, finding the rules about putting armor back on quickly in combat! I don’t want to sound too surprised, but it is usually Bob or Chris that come up with this sort of stuff; John and I tend more toward the “show up and play” model of participation. It still doesn’t help with the heat damage already taken, but it’s good to know we can get back into our armor fairly quickly if the situation arises.

And sure enough, arise it does! Our old pal, the ksarik, set up a little trap for us. And I think the thing that stands out about this fight is it was one of the most in-control combats we’ve played through. No weird diseases (though I suppose things could’ve gone sideways if those spores had landed). No difficult terrain. No out-of-the-blue crit putting someone in dire circumstances, though Hirogi did take a few hard hits just because he decided to be out in front. Just an easy, methodical, grind-down-the-bad-guy slugfest. You need one of those every once in a while.

On the other hand, since the big-picture stuff ran smoothly, it gave me an opportunity to focus on the little things. I like to think this blog exists to cover issues both great and small, and today we’re going small and talking about one of my recurring pet peeves.

Let’s talk about proper names, shall we? Specifically, our old pal Wahloss.

Up until now, we’ve mostly been calling him “WAY-loss” (kinda like “weight loss”). I think we’ve also caught a “WALL-os” or two (as in “Sir William” or “… and Gromit”), which actually seems more phonetically correct. But this week we also graduated to “Waylon” (as in “Jennings, the Balladeer from Dukes of Hazzard”) and I think Chris even slipped a “Weyoun” in there (which… OK, I’m not one to turn my nose up at a DS9 reference, but still…).

On some level, I concede it doesn’t really matter. If we all know who we’re talking about – the useless twit who babbles on about laundry and omelets while we’re being pummeled – I’m not sure we need to get so caught up in a Hooked On Phonics pissing match. Steve can name all the NPCs after the roster of the New York Mets for all I care – the real question is whether you can follow the action. Tune in next week when we fight the wild Syndergaard!

And, let’s be honest, that some of this is the newness of the genre. Fantasy has tropes to guide us. Elf names sound like you’re rattling off the Latin genus and species of various plants. Dwarf names sound the noises you make falling down a flight of stairs. Orcs… try to keep it to one syllable; more than two is just showing off. Halflings? First name: rejected cast member of Fraggle Rock; last name: portmanteau of two words, one of which must be a food item. Humans: just take a normal human name and add an extra letter or two to make it exotic and Middle-Agey. Meanwhile, we don’t know the tropes for a lashunta or a kasatha, so we kind of have to ad-lib our way through what we think they should sound like.

(We do know that the guiding principle for Shirren names is to dump a bunch of Scrabble tiles on the table and come up with something that would win the game in a single turn, but that doesn’t get us any closer to pronouncing them.)

At one point a few weeks ago, I actually asked Steve what his position is on this stuff. His attitude – which I’m cool with – is he’s not so concerned about “right” from an Oxford English Dictionary standpoint, but he is concerned about staying consistent from episode to episode. That seems like a fair attitude, and maybe that’s why it caught my eye this particular week – because it was jumping around a bit. But I think the overall vibe of “pick a pronunciation and stick with it” is probably the way to go with it.

Let me amend that. When I have my blogging hat on, it still annoys the shit out of me. Jason The Player just wants to know who’s who. Jason The Blogger has to actually spell this stuff, and occasionally startles his children and household pets by screaming “THERE’S NO ‘R’ IN THAT WORD!” at the screen of his laptop at random intervals.

I don’t know. In the grand scheme of things it’s a small thing to get hung up on, but since combat went smoothly and it was kind of a short episode, I figured I’d vent about it a little bit.

Well, that’s it for this week. Next week, we’ll pick up the chase again, and hopefully, Hirogi will put some damn pants on. In the meantime feel free to join us on social media, where pants are always optional.