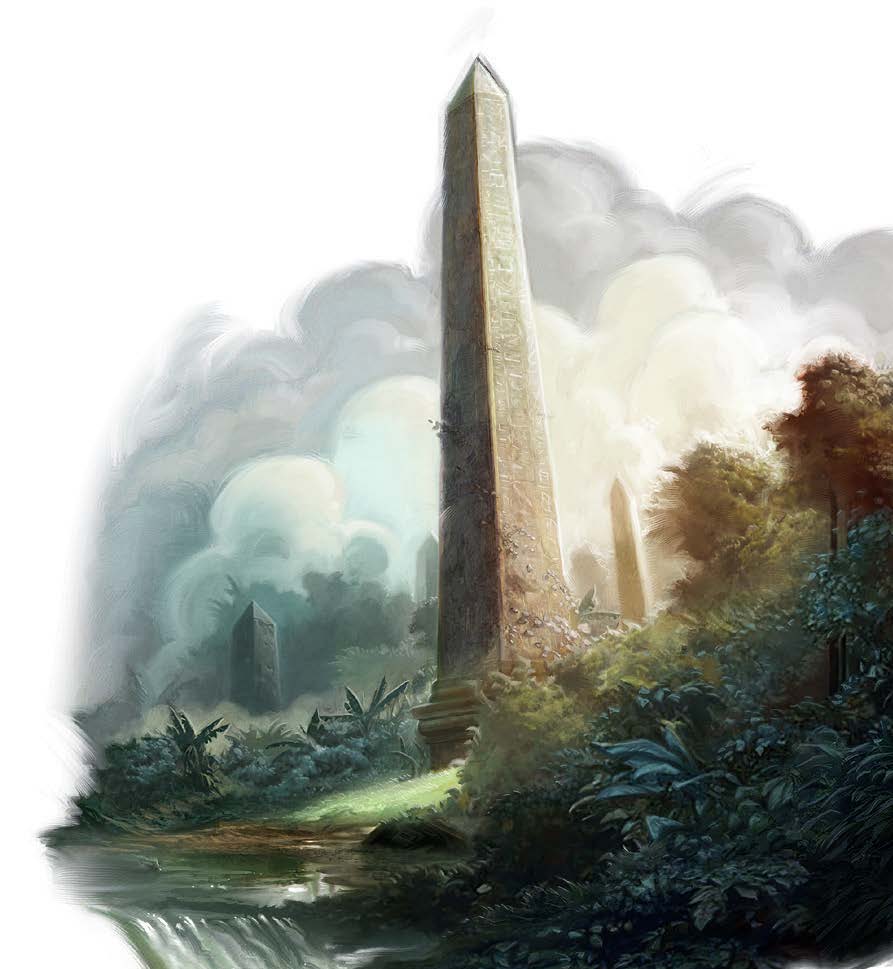 Jason recaps the events from Roll For Combat, Episode 032: Shock The Monkey!.

Get ready, I’m going to cross the streams!

I know I said I was going to wait until the end of the Society adventure to comment on it, but we had some serendipity in scheduling in the form of a double-crit in both games – Rusty in the Dead Suns game, Nala in our Society game. At a base level, I just found the coincidence amusing that those both happened to hit in the same week when they would’ve been recorded a month or so apart in real time. Obviously, Nala’s was more exciting both because it was more instrumental to the win (both crits were also for max damage), and to me personally because I got to administer the beating – Tuttle doesn’t get a lot of chances to shine in combat. But I still wanted to give Rusty a tip of the cap for his monkey-slaughtering double-crit in the latter part of this episode.

So, first… it doesn’t seem like it, but it’s been almost two months since the last time we were in straight-up combat. (Episode 24. Last episode of the Drift Rock arc. Yes, I went back and checked.) We had a spaceship combat that got edited for time. Theoretically, we were supposed to mix it up at the diner in Episode 28, but our special guests turned that into a social encounter, which is fine because it led to some fun roleplay. And we had the dino-stampede. But no actual toe-to-toe fighting. So let’s kick off the rust and whup some Stingbat ass.

(Personally, I like “Scorbamonks” better… part scorpion, part bat, part monkey. Halkueem Zan’s dead, so it’s not like he can complain. At the very least, file “Scorbamonks” alongside “Dog Metal Nuggets” in my folder of Hypothetical Band Names.)

The battle started innocently enough. Yes, the fact that the Scorbamonks had poison made them a threat to take seriously, but their base damage wasn’t that bad and they didn’t seem like they had a lot of hit points; the first couple fell in one or two shots. This seemed like it was going to be on its way to being a fairly easy encounter – a good stretch of the legs after a long stretch with no combat.

Then, the captain turned on the “Equalize The Encounter” light. ALL GLORY TO THE OBELISK. Losing half the party to mind control, even temporarily, is certainly one way to level the playing field. (And you get a little medley from Hair for your trouble. You’re welcome.) But oh wait, not just obelisk worship. Carnivorous plant worship! Even better. Now we’ve got a bit of a situation, especially since Tuttle wandered directly into its clutches.

Annnd Tuttle gets both chomped half to death and paralyzed. Sorry. Paralyzed-But-Not-Paralyzed. Either way, ouch. I have to admit I thought my bacon was cooked there for a minute. But then…

THE DICE GODS SMILE UPON YOU.

First, there was a crit from Mo, making Scorbamonk Jelly out of one of them. (Or is it preserves?) Then came my back-to-back 20s (I think only one of them was a natural 20, for the record) to shake off the mind control AND the paralysis in the same round. I don’t count the “extra” Reflex save I took – you don’t get credit for the home runs you hit in batting practice, either. And then Rusty’s dual-crit was a pretty nice finisher, even if it was against a Scorbamonk rather than the Big Bad. (Though I forgot at the time that Mo took a crit in return during all of this.)

So, two takeaways. First, there goes our good luck for the next several sessions. We used up our quota. THE DICE GODS WILL IT SO. Second, I guess I have to stop making fun of Rusty’s fancy-pants Envoy ways since he actually did some big-boy damage. I guess that buys him a few sessions.

Also… man, Wahloss is useless. I never thought I’d actually miss our goblin buddies, but Mr. “I Can’t Take A Single Step Without Asking Someone’s Permission” is going to get real old real fast. I don’t expect every NPC we run across to be Clara-247, but it’d be nice if they were at least as competent as your average kindergartner. Should we get him one of those toddler leashes?

This provides a nice segue into Steve’s GM tip. As I mentioned in a different Talking, I tend to look at active NPC participants as Steve’s way of balancing the encounter. As long as they’re not taking over and making the players look useless, they’re just another tool in the toolkit. To pick a different example, there was a portion of Iron Gods where we were down to three players for some reason, so Steve flat-out lent us a cleric to get through a tough stretch of fights. Similarly, my dad-and-kids game had a few encounters where the party mix just flat-out sucked because everyone chose oddball characters – so I decided to have the quest-giver lend them his lieutenant (made up on the spot – just pulled a spare alt out of my bag) so they had at least one front-line fighter in the mix. Again, just don’t let the NPCs outshine the players, or it starts to turn into an exercise in GM self-gratification, with the players as spectators, and that’s how you lose a table’s interest.

I’m not sure how I feel about non-combat NPCs like Wahloss wandering the battlefield. On one hand, if that’s part of the tradeoff for adding skills you wouldn’t otherwise have access to (like Wahloss’ ability to translate Elvish), then I suppose an element of risk is a fair price. Maybe keeping your valuable resource alive should be a tactical consideration, even in battle. On the other hand, they should have at least some basic self-preservation instincts, shouldn’t they? I mean, I’ve never been in a gunfight in my life, but I’d at least know which end of a gun to point at a bad guy if you handed me one, and I’d at least have the common sense to realize that behind cover is a good place to be. There’s “not much help” and there’s “facepalmingly stupid” and Wahloss seems to border on the latter.

I realize discussing Leadership and running multiple PCs is getting a little farther afield, but I am generally not a huge fan. I’m not against it as an overall philosophical point, I’ve seen it work for other people, but I generally like putting my focus into a single character and getting the most out of that character. The one place I’d consider it is if I had a really compelling two-character concept with some interesting roleplaying hooks, and even then, I’d probably ping the rest of the group first and see if another player wanted to go in on it with me before running two sheets myself.

Also, a historical footnote: years before we ever started playing online, I came up to visit Steve in New York on a game night, and I actually sat in for the evening as someone’s Leadership follower – probably the first time I played with Chris and Bob (though there might have been other people there too). They were fighting a giant spider and I got to sit in the back and pepper it with arrows. Though I recall I got to do a slick John Woo move where there was icy terrain – don’t remember if the creature laid it down or it was already there – so I shot arrows while sliding across the floor on my back. Badass.

Anyway, we found our obelisk, and we cleared it of unexpected guests. Next week, we’ll find out the elves had any reason to build this thing, or if it’s the Elvish equivalent of Clark Griswold’s Second Largest Ball Of Twine. In the meantime, feel free to join in the merriment on social media. Everyone’s got their favorite “Dice Gods” story – consider yourselves invited to share yours.