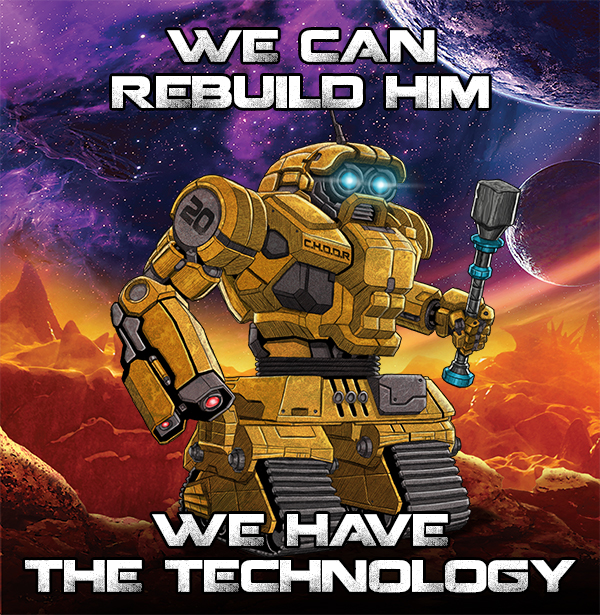 This week’s episode is a veritable Thanksgiving feast of stuff to talk about – the recap of the story so far (if Steve is considering Christmas gifts, I’d totally be down with having the voiceover guy record my voicemail greeting), the interview with Erik Mona, and of course the progress within the campaign. But I’m going to actually start with what largely ended up on the cutting-room floor – leveling.

Time for a Dirty Little Secret from behind the scenes: Steve does give us a little heads-up a session or two in advance of when we’re going to level, so we can have our Level N+1 characters ready to roll. It’s a concession to the fact that we only play once a week and our game time is at a premium – we don’t really want a play session to grind to a halt while we stare blankly at the rulebook and mumble incoherently about what feat we’re going to take. Trust me, as listeners; you don’t want that either.

I suppose there might be purists who might be worried that we might abuse that knowledge and start meta-gaming it, but it hasn’t traditionally been much of an issue. We’re pretty good at policing ourselves, and even if we’re not, Steve is willing to drop the hammer (or a wandering monster) on us if we ever try to take undue advantage. Besides, I think anyone who plays a formal adventure path probably has to deal with this, as it feels like Paizo designs these things to have the experience points line up with major story breaks, anyway. You’re pretty likely to level after a boss fight. It is known, khaleesi.

So I figured I’d use this opportunity to talk a little about leveling – both my general philosophy and specifically how I chose to handle Tuttle 2.0.

As a general plan, I place an undue importance on combat survivability at low levels, almost to the exclusion of anything else. I’m not a power-gamer, I respect that the game is more than just a series of battles, but I also don’t want to be the most interesting character concept in the morgue ( a distant cousin of Dos Equis’ Most Interesting Man In The World). So up until level… let’s say 4 or 5, if it’s not related to doing more or taking less damage, I’m generally passing. One of these days I’ll challenge myself to do a complete soft-skill build from Level 1… BUT IT SHALL NOT BE THIS DAY.

So how does that translate to Tuttle? Well, Cliff’s Notes: Tuttle gets a new mechanic trick at even levels; CHDRR gets a new drone mod at odd levels. It’s a little more complicated than that with some additional class and theme abilities that layer on top, but those are the broad strokes. At level 2, Tuttle’s most appealing choices are:

Maybe I’m a bit sensitive to the fact that Tuttle hasn’t really done much damage in the first two fights, but I decided that Overcharge is the play here. Yeah, Overcharge itself doesn’t scale well, but there are higher-level versions of it that can upgrade it to 2d6 (Improved at 8th level) and 4d6 (Superior, 14th).

Not much to say about shopping: I already got my spare gun, and I didn’t really use any of my consumables, so I’m mostly going to save my money for something bigger down the road. I do buy a trap detection kit since it turns out that’s NOT part of my mechanic rig, and an extra healing serum just in case, but that’s it.

CHDRR’s rebuild was easy enough. The only real question there was whether to stick with the name CHDRR or start coming up with more cheese-based acronyms for each rebuild. Bob, in particular, was egging me in the latter direction, but that felt like it would require far too much effort and run the joke into the ground too quickly – OK, I can probably make “brie” and “gouda” work, but then fast-forward to CHDRR’s 9th rebuild when I quit the game in frustration because I can’t come up with technobabble that spells out CAMEMBERT. Welcome to the Darkest Timeline.

Besides, if our Discord channel is to be believed, CHDRR has fans now. Who am I to stand against the vox populi?

So, back to the game action, and that brings us to our encounter with our new Eoxian benefactor, Gevalarsk Nor.

Undead. As a normal part of everyday life. To quote Mr. Horse from Ren and Stimpy, “No sir, I don’t like it!” (In fairness, I never really warmed to the idea of playable undead in World of Warcraft either. Nobody tell John.)

Look. I know Starfinder is going to be different, but getting all chummy with the undead is going to take some getting used to. I’m old and set in my ways: too many fantasy tropes, too many seasons of The Walking Dead. You will not convince me that beneath that mild-mannered bureaucratic exterior, Nor isn’t planning to harvest our organs. I’m fully expecting his “special cargo” to be a foul-smelling crate that’s leaking blood out the bottom, at which point Tuttle will do his best Wile E. Coyote impression and leave an ysoki-shaped indentation in the bulkhead of the Arceon trying to escape.

But that’s Jason the player talking. Tuttle the character grew up in this universe and accepts undead as Just Plain Folks, so I guess I’m duty-bound to go along with it from a role-playing standpoint. Nor’s the guy willing to pay the bills and give us a ship for the next stage of our investigation, so off we go. I’m also hoping that even though we don’t directly control the outcome of the mediation, this will lead to a chance to take Astral Extractions down a peg, but we’ll just have to see.

From a gameplay perspective, I have to admit I’m excited where this is going next. First, if we’re headed out into space, that may mean we get to start playing around with space combat, which was really interesting in our test session. Also, at the risk of meta-gaming, going out to the Arceon sounds like it might shape up as something more like a traditional “dungeon” crawl and I’ve missed that sense of structure a little bit.

I’m probably not going to comment on it in great detail because it’s Thanksgiving and I have to go stuff my face with turkey, but I really enjoyed the first part of Steve’s interview with Eric Mona, and I highly recommend it. In particular, I found it pretty interesting to get a sense of how Starfinder achieved critical mass and went from “project for a rainy day” status to an actual release. A few takeaways:

Well, that’s it for me. A very happy Thanksgiving to our US fans; I’ll see you on the other side of my turkey coma.