The Sideshow S3|17: Where You From, You Rexy Thing? - Roll For Combat 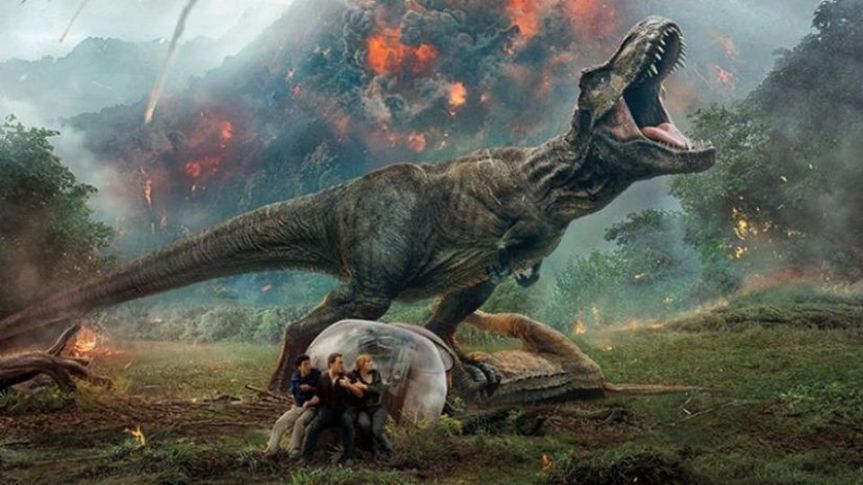 Jason recaps the events from Three Ring Adventure S3|17: They Have a Cave Troll.

Welcome back to Roll For Combat, Serious People’s Edition. The fart jokes and cabbage-related humor get put back on the shelf for another day, as our heroes head off to the second of the three aeon towers, the Liferoot Stone. The world – or this corner of it – isn’t going to save itself.

One thing I was thinking about, more in relation to last week, but it kinda spilled over into this week, is how our two shows handle humor. It’s certainly not as binary as one show being “the funny show” and the one show being “the serious show”; both shows have their moments, and all the individual people in both shows are clever and can crack a joke when called on to do so. I think if there’s something that sets the shows apart, it’s that the Circus crew will really COMMIT to a bit and run with it for a good chunk of an episode. Over in Edgewatch, we’ll drop a few bon mots, a movie reference or two, and then get back to our business. We don’t get in the weeds as often because we want to kick in the next door and fight the next bad guy. Here… you want 20 minutes of cabbages, you got 20 minutes of cabbages.

I was also thinking about the overall story pacing this week, and in particular, how the towers have sped up a little bit. The first aeon tower was an ordeal that lasted 3 or 4 episodes and had multiple rooms and levels to it. So I’d been thinking the other towers would be similarly drawn out and we’d be dealing with one tower per chapter of the adventure path. But the last tower only took parts of two sessions, and at least at initial external examination, it looks like this tower may also be a shorter affair – since some of the tower crumbled, there’s just not that much to explore. So I guess I’ve found the shorter tower segments to be a LITTLE surprising, though not really… once three towers were packed together on the same island mere miles apart, I guess I did expect the pace to pick up somewhat. I guess that just means we have more content on the back end after all the towers have been sorted out.

On the approach, the team did some scouting and noticed that among other things, there were a lot of broken statues in the area. So the first question is whether that’s just ambiance or whether that’s meant to imply there’s something worse than golems out there. There’s a little back-and-forth on whether to start with the golems, the xulgaths, or bypass both and just drop right into the tower avoiding both, but the team decides – in what will later become a prescient and ironic decision — to minimize the risk of bleeding encounters by taking on the golem first since they specifically brought tools for that purpose.

The combat appears to be unfolding in a fairly straightforward fashion. And then there’s one huge… gargantuan if you want to get technical… twist. Our team went into battle expecting golems, brought all the tools to deal with those, and then somehow the xulgaths managed to hide a T-Rex somewhere on the battlefield. So halfway through a fairly by-the-book fight, things pretty much went sideways for our heroes.

On the bright side, the decanter of endless water did turn out to be just as good as advertised against the golem, as it’s a once-per-round cast of hydraulic push. Granted, that’s only a first level spell, but when one uses the damage type the golem is weak to, that ends up not mattering because it generates an additional spike of damage – 5d10 in this case. At that point, the base damage from the spell is almost gravy. As a secondary consideration, it’s also nice because it’s only a single-action attack, whereas casting the spell would be a two-action move. The only downside is it requires both hands to operate, so a GM who really wanted to micro-manage somatic components could argue that Hap can’t cast any other spells while operating it.

The less-bright side… that’s the T-Rex (and the other accompanying xulgaths, I suppose – they’re not that strong, but they still have to be dealt with at the end of the day). If you want to get technical, our scaly friend is 50 feet LONG, not 50 feet tall, but that’s not really the point: the point is it’s a nasty customer. The 20-foot reach, in particular, is something that could make for a miserable encounter, though you’ll be happy to hear that at least they don’t also get attacks of opportunity. Also, at the risk of MAYBE spoilering future content, the T-Rex also has an ability where it can swallow a person whole. So it’s possible we’ve got that to look forward to.

So even before Vanessa said it, the moment Alhara charged, I assumed she was going to try and trip it, and sure enough I was right. Except… impromptu rulebook refresher… she can’t actually do that as there is a size limit to tripping – the creature has to be no bigger than two size classes higher. So for Alhara, that means Huge is OK, Gargantuan (which the T-Rex is) is not. So OK… no trip. (Also, it’s a good argument against building a trip build based on a Small ancestry, because then you’d top out at Large.)

The real question is where did the T-Rex even come from? The team did do a recon of the area and didn’t see anything like that. The quick answer would be that it was inside the tower, but are the doors big enough to fit a creature that big? Steve joked/hinted that maybe they had a pet cache too, but that seems a little game-breaking if that’s the case.

So as we come to the end of the episode, there’s both good and bad news. The good is that the golem is hurting; the bad news is that so is Darius (in particular), having been the recipient of multiple crits as the fight unfolded. I still think it’s a winnable fight, but it’s certainly not going to be the divide-and-conquer cakewalk they were hoping for, and there’s still the interior of the tower yet to come.

Buuuut we’ll get into all of that next week. As always, feel free to drop by our Discord channel or other social media and let us know what you think of the show. Thanks for listening and we’ll see you next week.