The Sideshow S3|07: Excuse Us for Dropping In - Roll For Combat 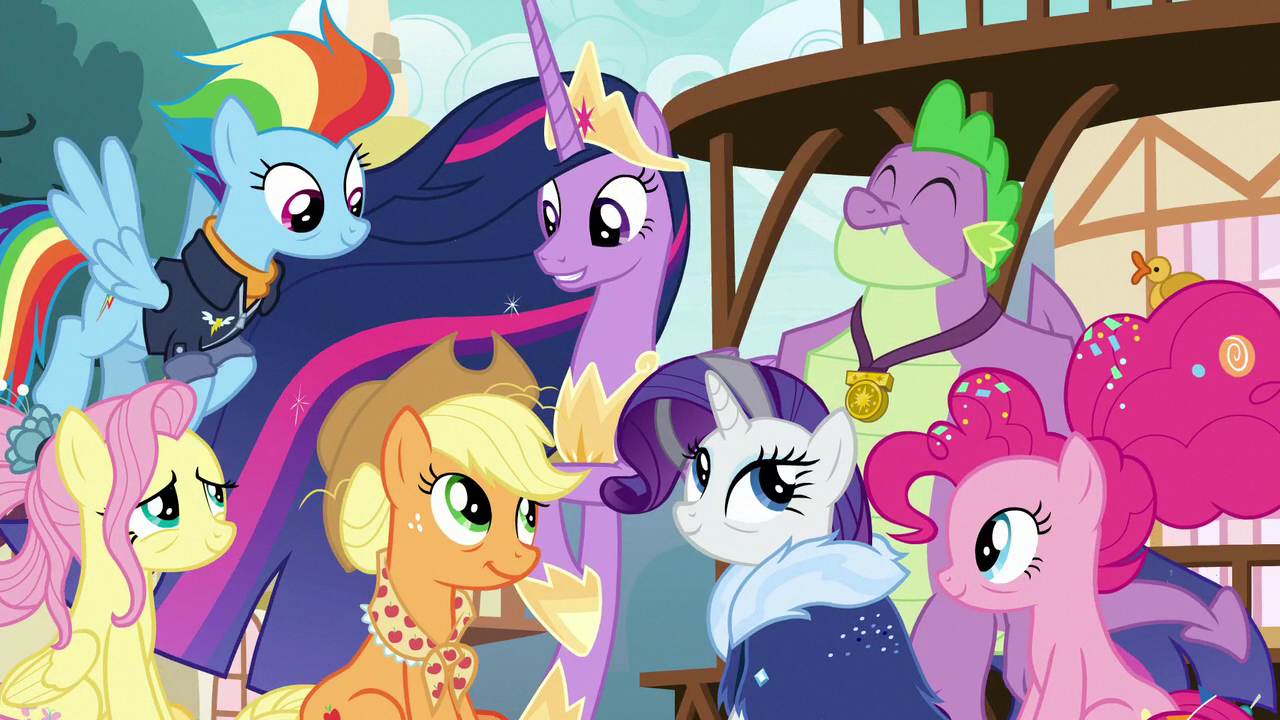 OK, can we all agree that Mistdancer needs her own show? Adventures Of The Passive-Aggressive Pony!

I suppose before we get to that, I wanted to back up and talk a little about Steve’s show notes, and specifically about occasionally “steering” the party. I’d absolutely like to go on record as being in favor.

I think some of it – maybe a LOT of it – is being older and having responsibilities: job, kids, fight clu… never mind that last one. I think when we were younger, just screwing around and seeing where the adventure takes us was a much more viable option. As you get older, you want to make those game sessions count… you want to feel like you did interesting things and moved the plot forward. If you look up at the end of a session and all you did was talk to NPCs for three hours, it starts to feel a little like you could’ve used the time better doing other things.

I will say that in the world of doing this as a podcast, Steve doesn’t usually put a STRONG hand on the rudder unless there’s a solid reason grounded in show logistics. I think there was one session where he pushed us to explore in one direction because he hadn’t had a chance to build the other wing of the dungeon in (at that time) D20Pro. On another occasion, it was because we were trying to wrangle a guest appearance, and he didn’t want us to meet the NPC the guest would be playing until the next session. Another common one is time management: recognizing that the door on the left starts a big battle that will take 2 hours, but we only have 15 minutes left. So part of the thing is to trust that there’s a method to the madness.

The other thing is: as much as he may claim his control of the story as GM is absolute, he will rarely say no if we absolutely insist. (Which probably did happen once or twice in the pre-podcast days.) Yeah, he’ll try and talk us out of it, and he may ask for some time to re-tweak (which is probably just downing a shot of Jim Beam and questioning his life choices), but if we ever really dig our heels in and say “we REALLY want to do things in this order”, he’ll figure out a way to make it happen. He’s good that way. But honestly, we’ve got a decade-plus of trust accumulated: if he asks, there’s usually a good reason, and it’ll usually be the choice that leads to the better session.

So anyway, back to Mistdancer. Holy crap, did this turn out to be entertaining. Mistdancer throwing a tantrum about her spot in the show was hilarious on its own merits, but at the same time, it was also kind of touching that Hap’s motivations were to protect Darius’ reputation and make sure he didn’t get blamed for the scheduling issue. So you had this nice little scene going, and Hap got JUST up to the point of apologizing, and then this little competitive impulse wormed its way in and threatened to undermine the whole thing. So they argued for a bit, and then it took another turn as Hap changed gears, took another run at sincerity (mixed in with a little food-based bribery), and broke through to a place where maybe she and Mistdancer can work together going forward.

Though OK, when Hap tried to get on Mistdancer’s back, I was legitimately worried that Mistdancer was thinking about flying her up into the air and dropping her. Wouldn’t THAT have been a twist… murdered by one of the circus’ own support acts.

I was thinking a little bit about Hap’s use of the creation spell. At first, I was thinking: wouldn’t a bouquet made with creation taste wrong? But then I re-read the spell description, and “vegetable matter” is the one thing it does well, so as long as you’re sticking to fruits and vegetables, you’re probably OK. I suppose if you tried to create something that’s supposed to be meat, you’d get an Impossible Burger. I did wonder a little bit about what happens on a biological level if you eat created food. Since the spell duration is only an hour, do you all of a sudden become hungry again? (OK, let’s be honest: the real question is DO YOU STILL HAVE TO POOP?)

So the circus heads up the road to Matten Cleave, and though it would’ve been hilarious to have the circus attacked by bulettes, they arrive safely. (OTOH, a bulette attack might have resolved the Mistdancer issue once and for all. While the circus starts setting up camp, our team does their first excursion out toward the tower, where we find even more drastic visual evidence of the blight that’s messing with the area.

And here’s where Ateran reveals a new trick in their book… the prying eye spell. And OK… holy crap is that a cool spell. (And it’s got an arcane version too, so yes, I’m already considering adding it to Basil’s toolbox.) As Rob said, its initial cast has to be within 500 feet (and visible), but once cast, there is NO range limit, beyond how far you can reasonably get with a move speed of 30 feet. Pretty amazing, especially if you were to tie it to a character with low-light or darkvision.

So Ateran does their recon, and we get a sense of the exterior approach and the mouth of the tower entrance. And here’s where things take a turn for the loopy. We start with a sort of conventional idea: have the Varuses sneak up while invisible, have Hap nuke the site from orbit, and then have the Varuses drop their cloak start smacking whoever is left. (Gowron approves of this plan, BTW.) But there’s a problem with this plan. Darius and Alhara can advance while invisible, Hap can cast from within 500 feet, but that doesn’t leave Ateran with much to do.

And that’s where things get silly, as a new plan is hatched. We call this one the “Delivery Drone”: we load Darius and Alhara (and maybe Ateran too… I wasn’t 100% sure if he was included) into the bag of holding, fly over the xulgath encampment (maybe Hap is invisible, maybe not), and literally drop the melees on top of them. It’s dangerous and foolhardy, and I absolutely love it. THIS HAS TO HAPPEN.

Unfortunately, the episode ends before we can really get to it, but it looks like next week, we’ll officially be back on the main quest, beating xulgath butt and cleansing aeon towers. Should be fun to see how our team does. As always, feel free to drop by our Discord channel or other social media and let us know what you think of the show. Thanks for listening and we’ll see you next week.