The Sideshow S2|29: Pottery in Motion - Roll For Combat 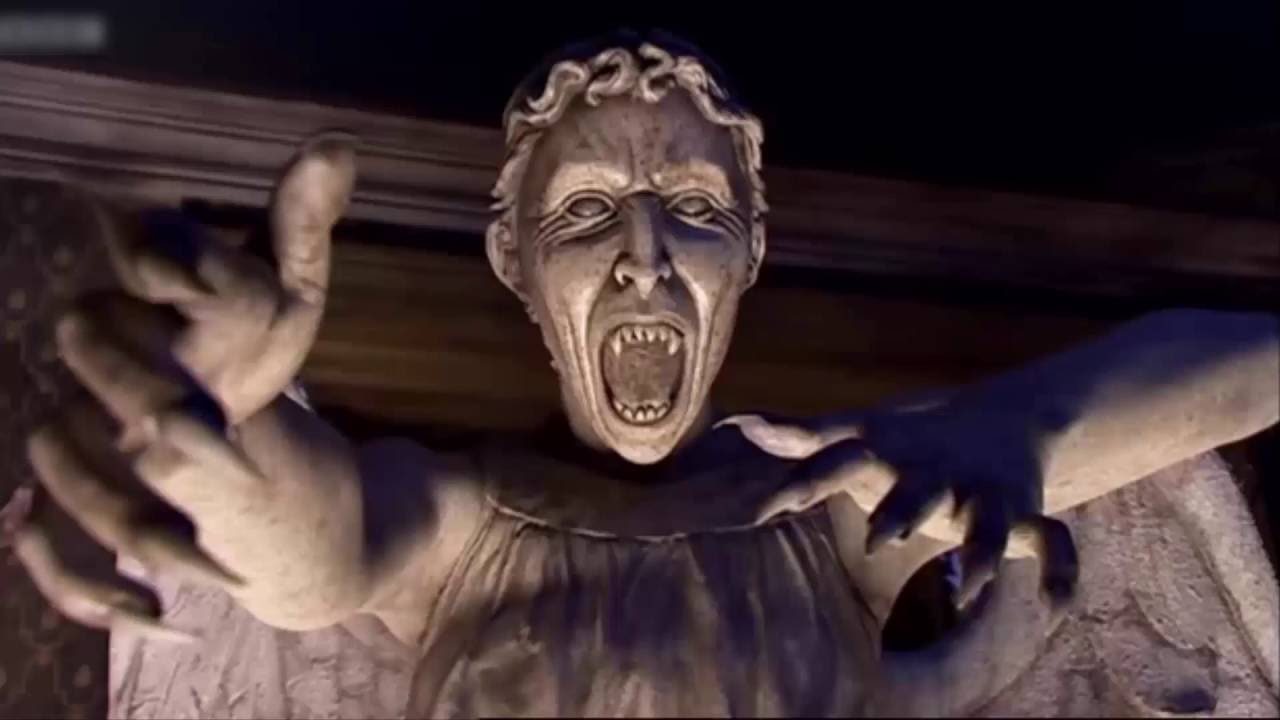 Jason recaps the events from Three Ring Adventure S2|29: The Chalice From the Palace.

So… let’s talk about “the optional encounter” for a second.

It’s one of those things that I had never formally been told until now, but now that Steve is telling us Paizo includes these in various adventures, seems unsurprising in retrospect. It does seem like there’s almost always that one encounter that doesn’t particularly advance the story, often doesn’t even fit the theme of the rest of the dungeon you’re grinding through – five straight fights against undead, and oh hey, here’s a shambling mound for no particular reason.

Now, I don’t know about the circus folk, but for those of us in the Edgewatch game, these sorts of encounters aren’t really optional anyway. We’re completionists by nature and we live to clear every last speck of “fog of war” off the map. We tend to feel cheated if we missed a spot – and OK, at least partly because we’re greedy and don’t want to miss any loot. I can’t remember the last time we just blew off part of a dungeon. I will concede there have been times where we prioritized getting to the boss with most of our resources intact, so maybe we bypassed a section and went back for it later, but we’ve been “no stone unturned” people since before the podcast even started.

After a brief check-in with the circus, we get to meet the Level 8 versions of our characters. There are a few main things that stuck out to me.

First, the Varuses are REALLY leaning into the world of tactics, which I think is a smart call. Between Alhara’s staff sweep and Darius taking titan wrestler, that’s a lot of knocking enemies over and pushing them around. Where the rubber meets the road, that’s +2’s to hit for flat-footed; that’s wasted actions the enemies have to spend standing up again when they get knocked down. I’ve noticed from both this show and Edgewatch that levels 6-8 is when tactics really move to the forefront. Half of that is “the feats available at the lower levels don’t present the same sorts of opportunities”, half of that is “up until level 5 or 6, you can still fake your way through most fights with pretty rudimentary tactics”. But when you hit 6-8, you start to get the sorts of feats that REALLY open up opportunities for smart tactics to DRASTICALLY alter the course of a fight. (We just had an Edgewatch fight where Dougie was able to blow up a pretty strong enemy in like… two rounds… because other members of the party were able to feed him precision damage opportunities.)

Ateran’s new ability – the one where they can tell a story that freaks people out – that seems like an interesting combat ability (again… applying statuses is the way to go), but I also find myself wondering if that could be incorporated into the circus act in some way. Could he take over Jellico Bounce-Bounce’s spot as the slightly unsettling act: Ateran’s Twisted Storytime! (Better not do the voice though… we know how Vanessa feels about clowns.)

Lastly, I have to give Loren credit for leaning into roleplay by mining Hap’s heritage for a Lore skill. On a roleplay level, it just feels right. You have this weird double-whammy: teenagers ALREADY tend to go down weird little rabbit-holes where they learn everything they can about a couple of very specific things, but then you also have the layer that OF COURSE a kinda-sorta “adopted” kid would want to know more about their parents. So I really appreciate Loren going all-in on that, possibly even to the overall detriment of her character. It would’ve been a lot easier to just throw the skill bump into something “practical” like Arcana and be done with it.

Speaking of practical… let’s talk about Vanessa’s staff for a second. I get where she’s coming from. As players, we sometimes get a little loosey-goosey about light and take it as a given. We just assume that our Level 1 light spell or everburning torch will be good enough to handle what’s waiting around that next bend and pretty much forget about it. But that’s not always the case, and it’s even more of a danger with this mostly-human party NOBODY has actual darkvision, and at best, maybe the Varuses (Varii?) might have low-light vision since they’re half-elves. So the logic behind Vanessa’s purchase is sound – now someone would have to blow a Level 5 spell (or have an equally powerful ability) to turn off her light source. And OK, it probably also looks really cool. But MAN was that a lot of money. When you’re talking about spending the same amount that could get you an armor rune… oof.

The remainder of this week’s action focuses around Mistress Dusklight’s list of items, and here I have to express a rare moment of frustration. I have to admit the presentation of the list was a little TOO fragmented. At one point, we hear a few items that are ON the list; later we hear a couple of other items that were crossed off. But we never get one single rundown of the whole list. I don’t know if it would’ve been meaningful or not, but it might have been interesting to list ALL the items at least once so we listeners could hazard our own guesses at just what she was trying to do. (Gauze pads and motor oil? Clearly, she’s trying to build her own construct!) If you could put ALL the puzzle pieces on the table at the same time, maybe you could figure it out, but it’s a little too hard to do that mental math when you’re only getting the data in bits and pieces.

(Though ultimately, it could just be she’s a tomb robber and listing items that have value. The answer may be that simple.)

Setting aside the quibble about the presentation, our team returns to the dungeon armed with the list and finds the room with the masked statues. Two of the masks – the Merchant and the Tailor – are a) missing and b) on Mistress Dusklight’s list. There’s also a general clue about “Aroden blessing those who share his guises”, which seems to imply you should take one of the masks and put it on, right?

Well… that actually proves to be a BAD idea. Poor Hap chooses The Artist (figuring she’s an artist too), takes the mask, and immediately takes a few punches to the face for her trouble. As does Darius. OR DO THEY? Hap and Darius seem pretty convinced they’re being attacked, but Alhara and Ateran just see their teammates flailing around like idiots. Ateran works out that whatever is going on will stop if the mask is put back, and sure enough… that happens. So add a new puzzle to the pile, I suppose. Clearly, Mistress Dusklight was able to get two masks AND get out of the room without getting her ass kicked, so what did she do differently?

The exploration continues. The team checks out the abandoned xulgath encampment a little but don’t really learn anything of consequence, just some minor magical loot. So they decide to go to The Bad Door while they’re still at close-to-full health and have a full day’s worth of resources. The door is triple-locked, but Alhara finally breaks in (with an assist from a hero point). The room’s major feature is a statue of Aroden, holding a chalice… which was also one of the items on Mistress Dusklight’s list. Did our party just get the jump on her and get one of her items?

Well… not yet at least. Because the minute Alhara touches the chalice – even wearing a holy symbol of Aroden – the statue comes to life, leaving us with the least surprising cliffhanger ever. OF COURSE THE STATUE WAS GOING TO COME TO LIFE. Statues that come to life are apparently an iPhone-level consumer fad in the world of Pathfinder. EVERYONE has one. And that’s where we’ll pick it up next week. As always, feel free to drop by Discord or other social media and let us know what you think of the show. Thanks for listening and we’ll see you next week.