The Sideshow S1|14: Whose Initiative Is It Anyway? - Roll For Combat 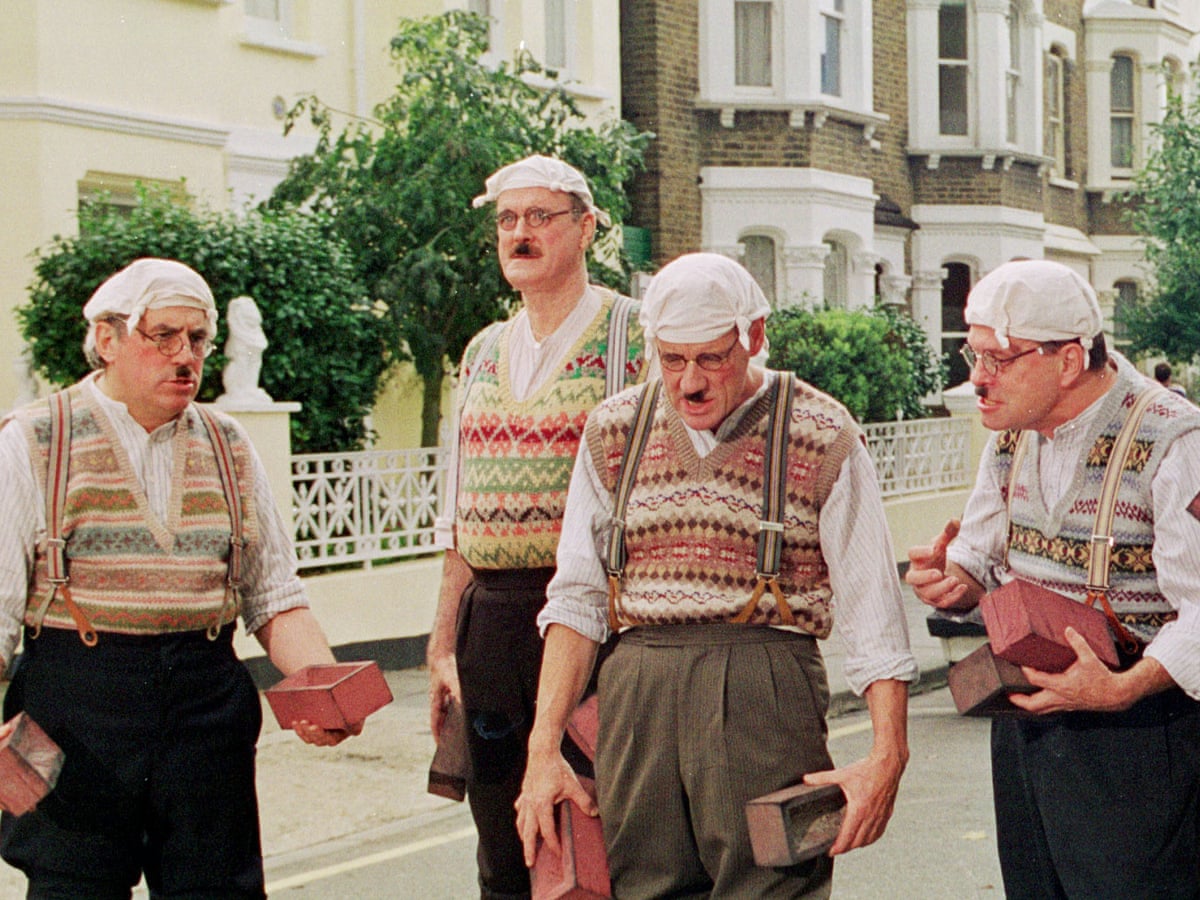 I have to start this week with a mild self-correction – I misunderstood a piece of the action last week. I thought it was clergy from the church that was being held in the barn and not the farmers. Somewhere in there, the action switched from talking to the farmer to talking to the priest, and I missed the change-over. Or maybe I thought “Hawfton” was some sort of obscure religious title. So if I sounded a little confused last week… well, I suppose I was. Don’t worry. Steve slapped me around a little and I’m back on the same page.

On to this week.

As I was listening to this week’s episode, I got a very “letting their hair down” vibe from it. (Except Rob T., who unless he’s really let things go during social distancing, doesn’t have hair at all.) What I mean is that this group commits to the roleplaying so well, that it’s odd (but enjoyable) when they just kinda goof off and act like a more casual party. And I have to admit I kinda liked it.

The most notable instance was everyone coming up with ways to deny Loren/Hap the magic item that would be perfect for her character (the dancing scarf thingy). That’s the sort of razzing that was old hat for our Black Lodge group but we haven’t heard nearly as much of on this side of the house. Particularly the extra twist of the knife of giving it to the bear; that was pretty inspired.

Don’t get me wrong. It’s not that I DISLIKE the roleplay or that I want this show to turn into Open Mic Night at H.P. McChuckles. What they’re doing is great and I’m enjoying it a lot. But it’s still nice to step outside the characters every once in a while and enjoy the people behind them and their senses of humor as well. Even in a more RP-heavy setting, that’s an integral part of what this hobby offers… that camaraderie of the gaming table. Perhaps sometimes on the Black Lodge side, we’re a little TOO much the class clowns, but it’s good to keep that part somewhere in the picture.

I assume Steve’s “GM/PC tip about NPCs not just going along with player requests” was mostly regarding Alhara’s attempt to get the gang of town ruffians to join in her exercise regimen. I don’t GM a lot, but I’ll throw my two cents in on this one anyway. (Blame Steve for giving me a column.) It’s an interesting push-pull at work. On one hand, one wants to encourage player participation, and saying “yes” to their ideas is a good way to do that. On the other hand, one of the ingredients in building an immersive setting is creating NPCs that feel like real people and react in reasonable ways. I suppose it also matters logistically how far “off course” saying yes would take you – indulging someone for 5 or 10 minutes is a different thing than derailing an entire session. Adjacent to that, there’s also inter-party dynamics to consider – is there a way to keep the entire party engaged, or is it one player’s personal joyride?

I know you’ll get people who subscribe to that whole “yes, and…” school of improv thought; that you should basically err on the side of agreeing to requests no matter how “out there”. For the most part, I’m not of that school. YES, sometimes being the GM means sidelining the main story for a few minutes to let the players indulge a little, but sometimes it’s also about knowing when to NOT do that. Sometimes the more satisfying state for the party as a whole is to stay on the main story and get to The Next Thing. The one exception was my Dads-N-Kids game (currently suspended because of social distancing) – when we were teaching the kids the game, we tended to say yes to most of their ideas, even if they would be questionable in a more by-the-book campaign. (But we also said yes to killing off their characters if they did something REALLY stupid, because if not… how will you learn?)

Having said all that, I would’ve said yes to Vanessa’s plan, but combined the obstacle course/exercise and the drinking. Have everyone do shots and then go run Alhara’s obstacle course loaded: make the DC checks get progressively harder… possibly taking some non-lethal damage in the process… A GOOD TIME WAS HAD BY ALL.

Eventually, we finally get back to the main investigation and head out to the Hawfton Mill where we have a battle with spiders in the garden. Two main things stand out to me. First, was Loren making the interesting roleplaying choice to have Hap friendly-fire Alhara with Burning Hands. Maybe it’s because our other group tends to play things “by the book (Mr. Saavik)” but I always get a kick out of people making suboptimal tactical choices because it would fit their character better. Sometimes I wish we could even take it a step further – have people occasionally misjudge the distance on their spells and not know where to perfectly lay down the burst heal or the cone damage – but that might make the game unplayable if you took it too far. The math is pretty delicately calibrated even before you throw in possible self-sabotage. The other thing that stood out to me was the party FINALLY getting some good luck on a saving throw with regards to the spider venom. Seriously, our band of adventurers has had such craptastic luck with status effects, I was assuming Rob would fail his save and they’d have to burn the antidote, so it was a nice surprise for that not to happen.

After some out-of-character dithering about whether to keep going or rest, the team continues their investigation into the mill building itself. We see some normal size wasps, which… after another bit of soul-searching about whether to retreat, burn them out with fire, or just see what happens… leads to our favorite BEEP-BEEP-BEEP noise and the end of the episode.

And that’s where we’ll pick it up next week. As always feel free to drop by our Discord channel or other social media and let us know what you think of the show. Thanks for listening and we’ll see you next week.