The Bird’s Eye View S3|03: O Brother Where Art Thou - Roll For Combat 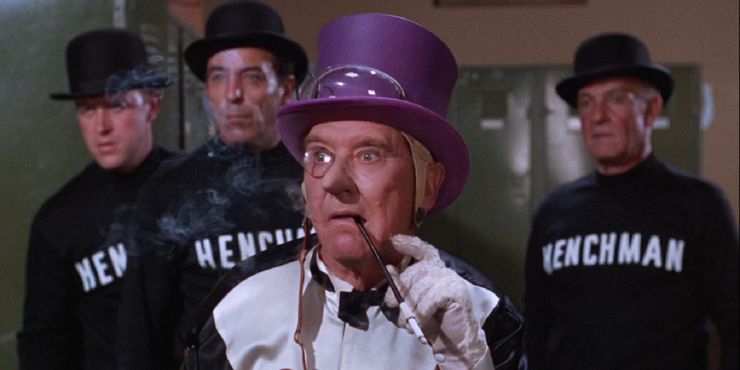 Jason recaps the events from Agents of Edgewatch S3|03: Let’s Make a Deal!

I’m going to start this week with a brief show note for our live Patreon listeners: we (the Agents Of Edgewatch show, at least) are on break the rest of the year and will not be recording again until after the new year. There will still be weekly episodes and weekly Talking recaps, just no live sessions while we enjoy some holiday downtime. I can’t speak for Three-Ring Adventure because I don’t know if they have plans to fit one more in this week, but since part of this is Steve going on vacation, I assume they’ll be shutting down at some point too; just don’t know exactly when that will be. But on the Edgewatch side of the house, we put our last show of 2021 in the can last night.

OK… administrative stuff out of the way.

This week we continue with what I have to admit was a frustrating chain of episodes for me. At this point in the show, I have to admit I’m getting a little tired of the whole “gang” thing. To give you a bit of a spoiler, this does EVENTUALLY go off in a different (and more interesting) direction and I’ll rediscover my mojo, but right now, you’re listening to a Basil and a Jason who’s feeling very stuck in the mud.

Part of it is that humanoid street gangs aren’t really feeding my sense of wonder. Pulling back and looking at the big picture, when we talk about types of players and what people look to get out of roleplaying games… part of it for me is fighting cool monsters you haven’t seen before; that sense of the fantastic really drives the experience for me. I want stuff that will excite my imagination and “killer newsies” just ain’t it. Yes, I know some of these gangs have had exotic pets/henchmen, but still… lots of fighting Batman ’66 henchmen with matching themed T-shirts.

The other thing is that really getting into this gang stuff is starting to show the limitations of the “cop” motif. Pick your favorite police procedural – Law And Order, The Wire, Broadchurch, Brooklyn Nine-Nine… whatever. As we do this, I start to realize we don’t really have the toolbox modern law enforcement has and it makes the roleplay quite frustrating in spots… like this one. Some of that is technological – we can’t put a wire on someone or do drone surveillance, or subpoena their cellphone records. But some of it that is that there’s not enough supporting material to have an authentic cop experience, and even if there was, I’m not sure it would make a compelling podcast. We’d have to spend 2 or 3 episodes investigating these guys’ known associates, digging up the records of their other crimes, looking for weak points that we can use to gain leverage on them. Here, we just kinda boil that down to an Intimidation check, and if that fails, they’re not afraid of jail time, guess we’re back to square one. Something about that feels a little hollow.

So as this episode unfolds, it starts to feel like all the time we spent fighting these dudes last week and taking them in was a big waste, and that we basically got nothing out of it. So that’s contributing even more to my frustration. But then we catch a break in the form of that old standby: Going To The Tavern. Specifically, our big break in the case comes in the form of a shopkeeper who sees us as a means to get some revenge on the Washboard Dogs for shaking her down for protection money that wasn’t resulting in actual protection. And to make back some of her recent losses by forcing us to buy some of her… I won’t say “useless” crap, but “crap of questionable utility”. And certainly not worth the 200 gold that everything in the store conveniently seemed to cost.

It’s worth mentioning: I thought the 200g thing was a bit, but that actually IS the price of each of the items she was offering. So… there may have been some winking intent in choosing a bunch of items that were all the same cost, but she wasn’t offering Level 1 items at a ridiculous mark-up or anything like that.

Ironically, some of the loot she was offering would probably be really useful for a different adventure. If you’re camping out in the wild, a rune that lets you put on armor would be useful; when you go out on patrol each day… you’re already wearing it. An any-tool is a lot more useful when you’re away from civilization and can’t just run to a store. If you know you’re going to be interacting with a specific culture, that pendant that gives you their language and cultural traditions is pretty handy. But in a cop story in an urban setting… hard to see a use for most of that. (OK, the elemental gem was pretty cool, but 200g consumable? Oof.)

So we go with the Deck Of Illusions (from Secrets of Magic) because it’s at least got some fun flavor to it. The lead we get out of this encounter is that Maurrisa Jonne (the leader of the Washboard Dogs) has a younger brother, Gord, who’s a bit more accessible – still lives a public life, isn’t as protected. And specifically, that he comes to her shop every week to buy random curios. Furthermore, in the least surprising development ever, she knows that Gord is hanging out on a friend’s nearby boat, the Arrowhead. So assuming we can find the boat, it may be possible to grab up the brother, put some charges on him, and see if that Maurrisa to come out of the woodwork. Now, OK, it’s probably a little shady if he hasn’t actually committed a crime, but we’ll jump off that cliff when we get to it. For now, this is our lead. And OK, it sounds like something the police would actually do – grab a known associate and see what you can get out of them. So we’re back on track as the episode ends.

Next week, off to the docks – the actual docks, not just the Docks district we’re already in – to see if we can find Gord’s boat. Is this just another trap? Will Gord have bodyguards? Will we need to speak in nautical terminology, and substitute “fore”, “aft”, “port” and “starboard” for the traditional compass directions? Will I be required to wear a sailor cap and ascot to blend in? All questions we’ll tackle next time. In the meantime, feel free to drop by our Discord channel or other social media and let us know what you think of the show. Thanks for listening and we’ll see you next week.