Talking Tales: Tale 6, Chapter 4, When The GM’s Away - Roll For Combat 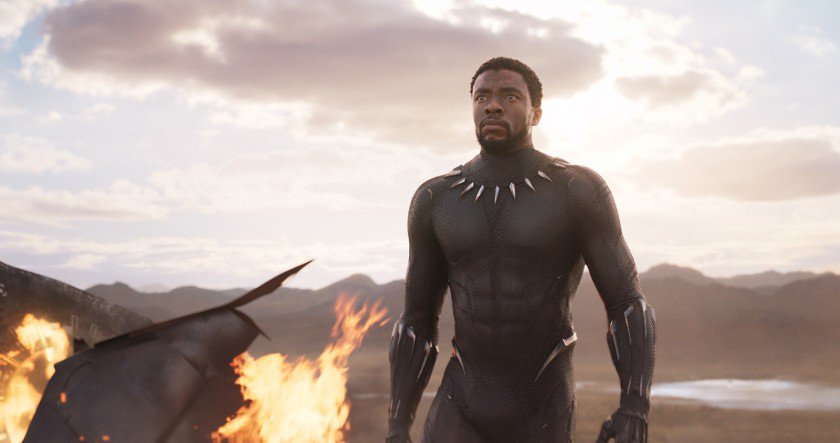 Jason recaps the events from The Black Lodge Tale 6, Chapter 4: This is Ducker Tap.

I have to admit I enter this week in a bit of a gloomy mood, so I apologize if I don’t have my usual level of verve and good humor. Without getting overtly political, the state of things has been pretty discouraging lately, and then the death of Chadwick Boseman over the weekend was a huge cherry on the shit sundae. Even beyond the Marvel movies, the dude was a talented actor and it would’ve been fun to watch his career develop – I loved him as Jackie Robinson in “42” almost as much as T’Challa. Though… yeah, I’m a huge Marvel fan and couldn’t wait for Black Panther 2. That too.

Of course, part of it was just how sudden it appeared to be from the outside: he did such a good job preserving his privacy that I spent a good 5 or 10 minutes waiting for the retraction, assuming the first reports were a mistake and some intern had put the wrong name in the story. But nope. Here we are. (And actually, going back with 20/20 hindsight, you start to see stories of him looking thin and people assuming it was just for a role or something.)

So yeah. I’m not here to overdramatize my level of grief – I don’t know the man personally, and I don’t have that same connection to the importance of his portrayal that black fans might have – but I’m a little bummed out. Seems like 2020 just keeps coming up with ways to keep kicking us when we’re down. So apologies in advance if this column ends up being a bit on the dry side.

Returning to live-action, the first thing I’d like to share is a public service announcement that I discovered in the car this afternoon: if you put the show on 1.5x speed to try and listen to it quicker, Ducker gets a LITTLE scary. Perram’s “up the holler” accent at normal speed… you get used to it. Perram’s accent coming at you at Daveed Diggs “Guns and Ships” velocity? Yikes.

As we get back to the repair of the fortress, there’s both good news and bad news. The good news is the finish line for repairing the fortress is in clear sight and our chances of making it are pretty good; the bad news is both that we’re running low on funds, and that we’re starting to struggle to keep everyone busy. When we had four full “trees” available, it was pretty easy to find something for everyone to do. At this point, I think we really only had two trees open to us, and they both had a mason dependency somewhere on their path. So keeping 2 or 3 crews busy could be achieved through a little forethought, but keeping all five party members involved sometimes proved to be difficult, if not impossible.

I continue to be a little frustrated that I have the wrong character for this particular adventure, but this week I managed to find ways to make myself useful. The heavy-use skills in this mission are Crafting and the social skills (Diplomacy, Society… Intimidate if you’re feeling bold). Which are pretty much the opposite of what Nella does well. If we had more of a backwoods crawl where Nature and Survival were the key skills, I’d be running circles the rest of the party (or perhaps not, given my history of Earn Income rolls), but here we are.

And look… I’m a practical person at heart. It’s not in my nature to get mad or complain. It’s a combination of seeing the big picture and knowing that the wheel will stop on me eventually (my Edgewatch character is going to have TONS of stuff to do) and the sense that my goal as a gamer is to keep the story moving forward, so yes, let the person with the best chance of succeeding make the roll. Unfortunately, that’s sometimes meant a few too many “and Nella… you… alphabetize the spice rack” moments.

But this week at least, there’s a nefarious shrine to be cleared, and I’m actually pretty good at religion. So let’s do that! Unfortunately, that ran Thorgrim and I smack into our next hurdle, as we were hit with our first out-of-pocket costs for materials – we need 40 gold to pay for incense and other spiritual-cleansing stuff. I always felt like we were going to run into this at some point, and now it’s here. Fortunately, we have some offsetting loot to defray the costs a little, so it’s not a complete disaster. But it is going to make things a little tighter coming down the stretch.

I also get a chance to schmooze in town a little as the session goes on. I don’t know if Steve’s making rolls for me, or if I’m just finishing off people who are already “done”, but whatever. I did get to use my Druid-y abilities to keep the apothecary on our side – sometimes you just gotta talk shop about rats with someone who gets it.

In the middle of all of this, we had a bit of a lull, as Steve had a work emergency. The funny “behind the scenes” thing I wanted to mention about that is that Steve left his camera on (and for part of it, his mic too), so we had a pretty good sense that things were going sideways for him (lots of annoyed typing and pained faces while talking on his cell phone) and we knew it wasn’t going to be the “five or ten minutes” he originally asked for. So we strategized on the endgame a little, but also just BS’ed about various other things for a while.

The one thing worth covering here are the endgame possibilities. To clarify what I was thinking, I feel like we’re going to get attacked at some point, and I think there’s going to be some sort of abstracted “chase-rules” version of combat – I don’t think they’d design a battle with 20 or 30 combatants (I’m potentially including townspeople on our side) for a 4-hour scenario. But I do think “what’s the point of fixing up a fort if you don’t fight something?”. So maybe the condition of the fort helps us and the townspeople that we made friendly help us defend it or something.

But I suspect we’ll find out… well, in a week or two, depending on how Steve cuts the episodes. While you’re waiting, drop by our Discord channel or other social media and let us know what you think of the show. Thanks for listening and we’ll see you next week.