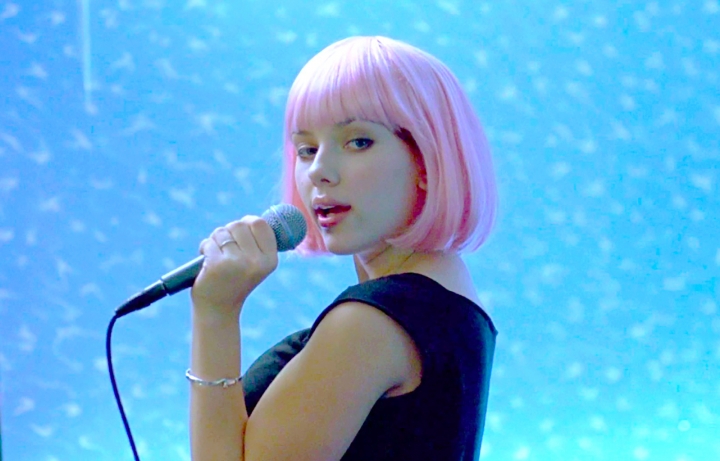 Jason recaps the events from Roll For Combat, Episode 116: Whip It Good.

Welcome to the last Talking Combat of the decade! I have nothing special planned to mark the occasion, I just want to milk the phrase “of the decade” while I can. You only get to do this once every 10 years, might as well make it count.

This week at least, it’s mostly Talking Coup de Grace, though, as Rusty getting paralyzed and critted to the brink of oblivion is probably the main moment of today’s episode.

But first, French 101. I’d like to point out a) I went all the way to French V in high school, b) I realize that public-school French V probably still sounds like French Forrest Gump to an actual native speaker and c) I’ve forgotten most of it, and mostly say nonsense things like je mange le bibliotheque. Full disclosure. But I AM at least qualified to Photoshop a beret, black turtleneck, and cigarette onto that Willem Dafoe meme and proclaim that “I’m something of a Frenchman myself”.

So with that understood, this turns out to be unintentionally interesting as I’ve been saying it wrong for years according to the dictionary. The “p” on “coup” is definitely silent and I got that part right – if you pronounce it like (chicken) “coop” I’m honor-bound to drive to your location and beat you with a baguette. But the “grace” is the tricky part – I have to admit I’ve been pronouncing it like “graw”, when the dictionary has the soft-c/”s” sound at the end. And I have to admit I’ve heard it (and said it) the incorrect way a lot over the years – I don’t know if maybe people confused it with “coup d’etat” and let the “s” sound drop over time or what, but now you know. Zut alors!

OK, French lesson over. Now that we’ve cleared up the pronunciation, let’s talk about the ability itself. Especially since Steve mis-explained it the first time and had to re-explain it on the fly. It’s on page 248 of the Core Rulebook, if you want to follow along.

As I hinted at last week, it is performed on “an adjacent creature” so while it doesn’t specify whether it’s a ranged or melee attack (see also: the Hollywood trope of shooting someone in the forehead to finish them off), you do have to be in melee range to perform it. So the first time we got paralyzed, it wasn’t as much of an emergency because the bad guys weren’t close enough to capitalize. From there, it’s an automatic hit and crit, and then a Fort save to not die. Which means in certain circumstances, it could be a two-fer because it could kill you on the massive damage rules OR the coup-de-grace rules. If Mo critted someone, the free crit could do it alone. Rusty’s crit? Not so much. Rusty luckily made his save, but that’s pretty nasty stuff.

I was selfishly comforted to learn (more for future reference, since we won this fight) that creatures that are immune to crits (hello, Aeon Tuttle) are also immune to the effects of coup de grace. So if I had been the one paralyzed and targeted, I would’ve actually shrugged the death save and the critical damage off, though I still would’ve taken the damage of a normal attack.

I’m still just a little bit grouchy about the prior boss fight(s) where we asked Steve if it was possible to coup de grace an enemy and he said no. This definitely happened with the final fight on Istamak because that’s when we finally caught this and addressed it, but maybe the Castrovel boss too. But to be fair to Steve, I should say a) it was a new system overall and there was going to be some learning curve, and b) we players have copies of the rules and we didn’t find it at the time, either. It’s not ALL on Steve to know the rules and dispense his wisdom on us. Still… being an entitled whiner and complaining to the GM because of your own lack of rules knowledge is a time-honored tradition. This is the way.

The other continuing dynamic of this episode is Chris watching Seth get to enjoy “his” character in a way he was never able to. I know it sounds like I’m enjoying Chris’ frustration, and… yeah a little, but it’s also more complicated than that.

I can’t lie that Chris is very competitive about getting the most out of his characters and talks a lot of shit when his character outshines everyone else and has the big hero moments. So he does invite a certain level of schadenfreude when he comes up short. I’d never actually root for his character to die, but a little low-grade comeuppance every now and then serves to bring balance to the Force.

But I do honestly sympathize with the fact that he wasn’t enjoying the Hirogi character… at the end of the day, this is supposed to be fun, and a two-year slog where you’re not enjoying the character you’re playing for WHATEVER reason is a tough thing to ask of someone. For all Chris’ attitude and trash-talk, he’s no less deserving of a fun, satisfying game experience.

And he’s not wrong on the math – to get the most out of an Operative, you basically have to hit your attack twice. If you land the Trick Attack, you hit like Mo; if you don’t, you hit like Rusty. And the basic probability isn’t too kind to that model – if you have to hit two 35% chances, your real chance of success is actually only about 12%. Having said that, I also think Chris had some craptastic luck on his dice rolls and you can make an argument he gave up too quickly and Seth just got to reap the benefits of the RNG Gods finally coming around.

The other thing is that switching to Akiro WORKED. OK, we mock him a little bit for always casting Mirror Image or teleporting out of trouble, but that’s just us doing what we do. As friends hoping to have a good gaming experience together, Chris does seem like he’s re-energized and having a lot of fun playing Akiro and that’s what’s important.

And on that group-hug moment, I’m going to call it a week, a year, and a decade. Next week we’ll hopefully be allowed to get on the train and get ourselves to the bridge. Though I’m doubting it’s going to be THAT easy – that’d be like the DC Metro putting a stop outside the Situation Room of the White House. There’s almost certainly more plot twists yet to come. Thanks for listening, have a safe and happy New Year’s, and we’ll see you back here next… time.