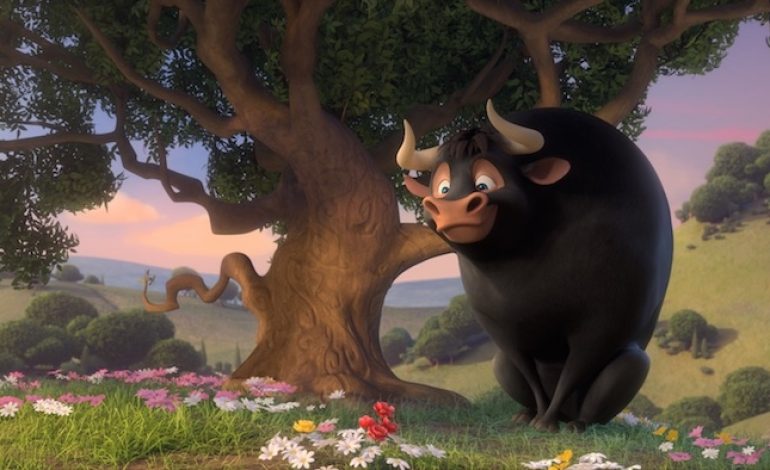 I think the moral of this week’s episode is “stop and smell the flowers”. And not just because the Sunrise Maiden has a cargo hold full of them. (Or the Kish equivalent.)

I think sometimes we get so involved with getting from Point A to Point B that sometimes we short-change the “story” side of the game. Not so much “we = Team RFC” (though that’s also true to an extent) but “we = players of role-playing games”. Where’s the next bread crumb? Who do we kill next? This episode – or at least the first 20 or 30 minutes – was more about storytelling and the relaxed banter of the table, and you need a little of that in a campaign.

Which is also a nice dove-tail with Steve’s point about introducing kids to the game, now that I think of it. One of the cool things about bringing kids into this world of roleplaying tomfoolery is that they DON’T see it the same way we do. They don’t immediately reach for that mental manila folder marked BEST PRACTICES every time a situation arises. Yes, sometimes that means that they do “stupid” things from a tactical point of view that make the experienced player in me grind my teeth in frustration (cough-flying 40 feet in the air at Level 1 when there are archers around, and now we know falls from that height are fatal, don’t we?-cough), but they also do stuff that’s FUN because they’re doing it for the pure exuberance of the game. Which is why you don’t want to kill that by focusing too much on the rules.

Which brings me to “Oppressive Snail”. Yes, a potential band name if I ever practice my guitar enough to get any good, but oh so much more. When my son was MUCH younger… probably five or six… we were playing a 4E game, and he was playing a dragonborn fighter named (fitting, for a little kid) “Burns”. He just wanted to hit stuff with a sword and breath fire. But somewhere along the way, he decided for himself that Burns should have a spell called “Oppressive Snail”. Apparently, Oppressive Snail could summon a snail that could attack for him. BEHOLD THE SIX-YEAR-OLD MIND IN ACTION. Now I could’ve sat there and said “the fighter doesn’t have spells and doesn’t work that way”, but when the universe gives you shit like that to work with, you run with it. So basically, we turned it into some minor damage spell on par with his breath weapon, so basically, he could just use that or his breath weapon.

More generally, I agree with Steve about sanding some of the rough edges off the learning curve until they’re definitely hooked. In my Dads-n-Kids game, I’ve sometimes discussed, we don’t sweat encumbrance, or material components for spells, or even memorizing specific spells – we actually use more of an MMO mana system where you have mana cards that you can use to cast whatever spell you want. Yeah, purists will be angry that we gave wizards all the benefits of a sorcerer or arcane caster, but the point here is to get the kids to dig the game, so if letting them just cast Magic Missile 3 or 4 times does that… cool. As they get used to it, we do start to say… “hey, if you ever sit down at someone else’s table, the actual rule is THIS” so they don’t get caught unaware, but in the short term, get them to love the game first, and then focus on the nitty-gritty of rules.

So, back to this week’s show. We party down with the Kish for a while. Hirogi gets sainted (for the love of FSM, WHY are you people saying “All Hail Hirogi” on the Discord? That’ll just go to Chris’ head…), Rusty has a harem waiting for him if he ever comes back (also assuming we save the universe and there’s a planet to come back to), and Tuttle at least gets acknowledged as a supernatural being (though I’d like to register a complaint that they spent their time hailing Talavet instead of Tuttle himself). Mo? Good at kids’ birthday parties. Which… the way John has played him, he’s a simple, uncomplicated, little-bit-world-weary guy… that’s probably a fitting legacy for the big lunk.

Now we have to decide whether we have time to go back to Absalom. I think the right answer here is yes.

There are two forces at work here, but they’re pulling in opposite directions. On one hand, yes the cultists have a head start on us. (As does the Corpse Fleet… have we heard from them recently?) That head start could be days, weeks… probably not months, but… “defense will stipulate” as the courtroom shows say. On the other hand, they have to figure everything out when they get where they’re going whereas we have to just show up and beat some ass. To use an analogy from academia (Tuttle would approve), the cultists have to actually do experiments and write a dissertation; we just have to show up and read the finished paper. That gets back SOME of the time we lost on the front end.

Also, detouring to Absalom is only a couple of days. This had always seemed silly and counter-intuitive to me, but then I had the sort of epiphany only an IT guy would have. Imagine a tangle of identical network cables, and you have to follow ONE of those cables end-to-end and untangle it. An annoying, possibly impossible task depending on how many cables we’re talking about. Now imagine all those cables are identical, except one that’s a high-contrast color like yellow or red. Still not easy, but becomes more doable. To me, outbound voyages or point-to-point travel are the random gray cables and returning to Absalom is the red one. Because… “magic-n-stuff”.

So we decide to go back to Absalom.

Character build? Sounds like we get into that next week, so I’ll do so then. I think Level 9 is a drone level, so it’s probably going to be anti-climactic compared to adding an ability crystal AND becoming a demi-god. Consider yourself warned.

Gear? I’m kind of settling on a jetpack and some sort of weapon fusion as the big-ticket purchases.

The jetpack because added mobility is nice and I’ve been frustrated at the number of times CHDRR’s jump jets were “right idea, but not quite good enough to do what I want”. I’d have to sacrifice one of my existing upgrades, but the environmental control is pretty situational anyway, and it can always be re-installed on short notice (I forget whether it’s 10 minutes or an hour, but either way… it’s pretty unlikely we’d get dropped into a desert by surprise.)

The weapon fusion… it’s this feeling that I can’t really afford a full upgrade, but I want to be a little more dynamic in my offensive capabilities. After poking the Armory with a stick, the Ghost Killer fusion starts to have some appeal. Incorporeal is one of those things I’m not sure we have a great answer for, and it’s always been one of my personal pet peeves. (After that battle at the security center, something that would affect swarms would also be tempting, but grenades can probably handle that.)

And then there’s poking the bear… upgrading the Sunrise Maiden. Our last outbound voyage sucked because we were seriously outgunned, and we now have two or three more levels’ worth of build points to play around with. Also at a metagame level, the writers of these adventure paths seem to love to kick things off with space combat. So… yeah, we probably ought to do that. Unless Steve were to do something crazy like re-write the beginning of the next module or something.

So we’ll come back next week and finish up the leveling process and get back out on the road. In the meantime, feel free to stop by the Discord channel and join the ongoing merriment (sigh… fine, you can say “All Hail Hirogi” if you feel strongly about it). Go out there and roll some 20s at your own tables, and we’ll see you next week.