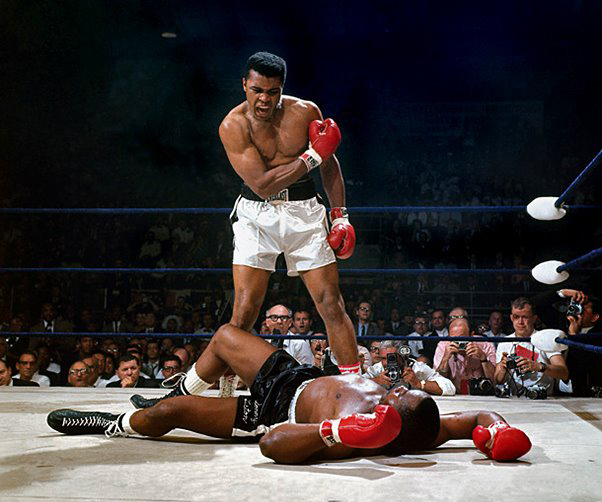 This is a bit of a rushed Talking this week because I’m in the midst of packing for the annual family beach vacation. Part of me would prefer to be packing for – or at least planning a day trip to – Origins, but for something like the fourth or fifth year in a row, we have a schedule overlap. While Origins is fun (especially now that John and Bob are close enough for an in-person meetup) it’s not “Losing A Day At The Beach, Turning 10 Hours In The Car Into 16, And Spending All My Beer Money On Dice And Minis” levels of fun.

On the other hand, while I’m missing Origins, my good non-RFC news is that my Dads-N-Kids game is finally getting up and running again after being on extended hiatus. I won’t go into a deep-dive because it’s ultimately a side game you don’t care about – very basics: 5E homebrew, starting at Level 1, I’m playing a Warlock – but it might come up from time to time in a “compare and contrast” fashion.

Back in the world of RFC, the boss fight continues. It’s kinda grindy, but there are enough little moments to keep it interesting. In general, this hasn’t been quite as painful as, say, the sniper fight on Castrovel. Whether that’s because of the lack of difficult terrain or Tuttle turning into a demi-god, I leave as an exercise for the discerning reader.

The first bit of fun is that I get to make use of my Miracle Worker class skill. Frankly, I wish I’d thought of it earlier, but the truth is this fight ran multiple sessions, and this was a between-sessions inspiration. I started looking for… something… to increase my offense between sessions (since Aeon Tuttle, while very cool, doesn’t help my damage-dealing at all) and the act of re-reading my character sheet dug that up. A +2 to hit and damage doesn’t do a LOT to improve my chances, but every little bit helps.

I was incorrect about a few of the minor details. First, just as a matter of nomenclature, it’s a class skill, not a mechanic trick – every Mechanic gets it automatically at Level 7. Second, I think on the podcast I said something about it taking a resolve point, and that’s not actually the case – it just has limited uses (once per day, plus once for every 4 additional Mechanic levels). I must’ve been confusing it with the Scoutbot or something else.

Tactically, I was thinking that if I wasn’t dealing with being slowed, the smart play would’ve been to put it on Akiro’s weapon instead of my own. For one thing, it he seems like he already has a little better native chance to hit, but more importantly, hitting with that 1d20 rifle is probably worth more than me hitting with my 1d8 sonic pistol. But it would’ve taken two turns to do it AND it would’ve bunched us up more for his Solarian abilities. So… I go with the self-buff, even though it’s sub-optimal.

Second, I had almost completely forgotten about Rusty’s call for the phantom reinforcements. That was a bit of an inspired play by Bob. This is one of those cases where I credit Steve with letting a goofy idea go through when he didn’t have to. He could’ve said it was too implausible to be believed or even just made it a lesser effect where Xavra was confused for a round and stood where he was, but no… Steve let him buy it hook, line, and sinker. Tactically, it gave us a round or two to serum up and get some readied attacks going, but I enjoyed it most as a storytelling moment. It also confirms that whatever MacGuffin we need is in the records room since he did seem pretty intent on protecting whatever was in there.

So Xavra finally comes back out, and we end up moving the fight back into the cube farm where we fought the previous sub-boss. The best thing about this is it gives us some room to spread out. The lower level of the records room was maybe 40 or 50 feet in each direction, and the cube farm is closer to double that in width. It also has cover (the undestroyed cubes) which may or may not be useful against his Solarian blast.

Somewhere along the line, we also decide to start using more grenades. The damage ceiling is lower, but it means you only have to hit a square instead of hitting his armor, and I don’t get the sense he has the evasion skill that would let him take zero damage. I don’t think we could burn him ALL the way down this way, but if it comes down to the last 10 or 15 points, that might be how to do it.

So the fight continues. Rusty even drops (and turns into a pile of creepy goo… what’s up with that?), everyone’s getting pretty low on hit points… and Xavra finally drops! Whew.

OR DOES HE? Cue ominous music.

Without getting into it in great detail – and believe me: next week I’ll have THOUGHTS – Xavra has resolve points, so he’s not QUITE done yet. And with a few of us teetering at death’s door, finishing him off isn’t necessarily the slam dunk you’d normally expect it to be. But that’ll be next week. For now… time for me to get ready for sun, sand, and seafood. Feel free to drop by our Discord channel and join the fun, and we’ll see you back here next time.