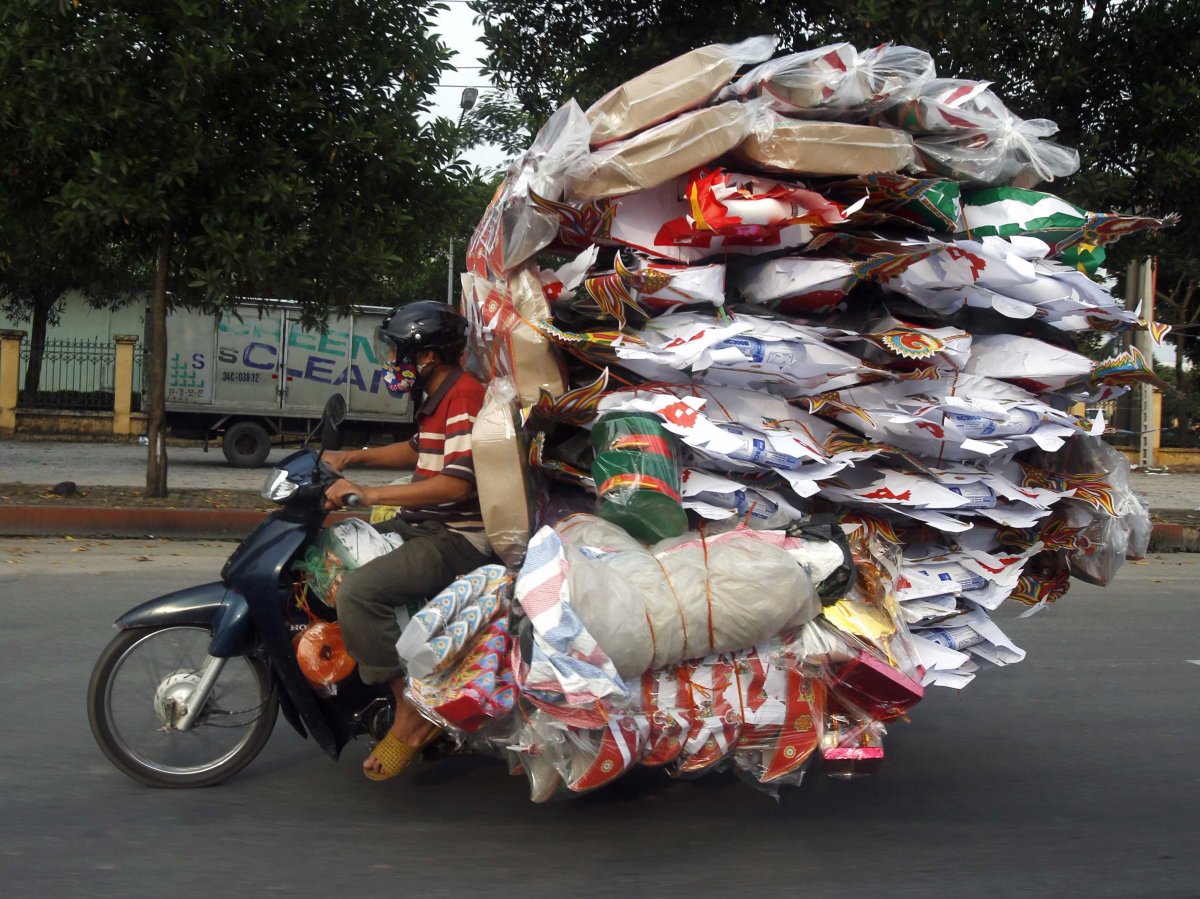 Jason recaps the events from Roll For Combat, Episode 052: Too Much of a Good Thing.

I debated the merits of how far to dive into the whole one-year anniversary. On one hand, it’s kind of a milestone; on the other hand, we don’t really hit one year until next week.

After going back and forth – I had about 500 words of Year One reflections written – I decided I’d mostly cover that next week, but I will jump in and answer Steve’s question from the mini-contest: what was my favorite moment of the last year? Selfishly, I should probably say John Compton’s re-design of CHDRR; it turned my whole character on its ear and made playing him a completely different experience. On the other hand, that was also a gradual thing that played out over multiple sessions as we figured out just what CHDRR had turned into. For a single moment, even though it was a complete fail, I actually have to go with rolling the natural 1 while attempting to drop a grenade at my own feet. Even now I crack up a little thinking about it.

Expect a more robust look at the past year next week. For now, let’s talk about this week’s show, and we’ll start with the main theme… encumbrance.

Overall, I don’t have a problem with Steve enforcing encumbrance. There’s always going to be some push and pull between realism and busywork. On one hand, you want a game like this to have some sense of plausibility, but there’s a point past which micro-managing the finest of details a) takes impractically long and b) just isn’t that fun.

Take material components for spells. I have to confess that I’ve NEVER played at a table that did material components by-the-book. (Unless you count Ultima IV). Steve’s take on it has traditionally been to hand-wave the routine stuff but you have to come up with the rare or expensive stuff – if the spell calls for berries, you have those; if it calls for a 1000gp diamond, you have to buy or otherwise acquire that.

I suppose his approach to encumbrance is similar. Keeping players from running around a dungeon with an entire armoire full of stuff on their back makes a certain amount of sense – you do want to create interesting choices about what the players take with them and leave behind – but Steve has sometimes left us “outs” to avoid getting into serious binds. In this case, it’s taking stuff back to the Sunrise Maiden. In one of our Pathfinder campaigns, we were allowed to leave caches of treasure around that remained undisturbed until the end of the adventure. There are other times where I suspect he adjusts under the hood and makes the loot lighter on the fly – fewer items that are more valuable, replace a bunch of non-magical swords and armor with a gem of equivalent value, make the boss loot better to compensate for whatever we had to leave behind… that sort of thing.

I will also say I do like the Starfinder bulk system as a replacement for Pathfinder’s “gold pieces” – light bulk feels like a way of enforcing “number of pockets/number of things you can hang on your belt” in addition to sheer weight. And it’s just easier to track – digging down to the level of “hold on, I have to dump 4 gold pieces to get back to medium” was kind of a pain in the ass. Now, you have a few major inflection points, you can see them coming, and plan around them.

The one thing that muddies the waters here is the low-gravity environment. In the short term, it means we can carry more, but what if we enter the cultist lair and they’ve got regular gravity there? Deep in my meta-gamer heart, I don’t think Paizo would do that because they don’t want a bunch of players screaming at them because they had to throw away all their hard-won loot, but I suppose we can’t be sure. I guess we’ll find out when we get there.

In the meantime, we can run loads of inventory back to the ship, but that gets to Steve’s GM tip about keeping the game on some sort of clock.

The management of time, and long rests in particular, have always struck me as an awkward mechanic. You need a way to reset spells and create some differentiation between short-term abilities and long-term abilities, and so the rest is the game mechanism that accomplishes that. Only it doesn’t always work from a story perspective, and sometimes feels downright ridiculous. “The Big Bad is going to kill the princess at dawn, but hey… let’s break out the S’mores and do the crossword. SMOKE ‘EM IF YOU GOT ‘EM.” (Meanwhile, those orcs in the next room that you can hear through the door will never once over the course of 8 hours stop and wonder why their buddies in the next room – the ones that you killed – never checked in.)

In this case, it feels weird that we’ve got cultists who could ambush us at any moment, but we’re going to take 10 minutes to run a load of gear back to our ship. Something seems… off… about that. But whatever. Them’s the rules.

On the other hand, what’s the alternative? Throwing away all realism, just letting the players do whatever? Carry what you want, recharge after every fight? Then you’ve got a broken game because nothing is truly challenging. My frame of reference for the latter is the Neverwinter/Baldur’s Gate computer games. Pass-fail, I LOVED those games, but they had one huge hole – you could take a rest after almost every fight. So your party was healed, your casters had all their spells, and so except for boss-type fights, things became pretty trivial and there wasn’t much challenge past a certain point.

I suppose the real answer comes in the writing and design of the adventure itself. “Right-sizing” the content so the breaks flow naturally.

Society games tend to have this down to a science – everything fits in a single session. They either go with a grab-bag of discrete missions where they throw the kitchen sink at you on each individual mission but let you rest up after each one, or they write an adventure where the plot precludes long rests (ship has an autodestruct and is going to blow up in 2 hours or some such thing), but the content is just the right amount to push the party to its limits (2 or 3 fights, plus some social encounters or other “soft” challenges to round things out), unless they run through it REALLY inefficiently.

Adventure paths, on the other hand, are far more open-ended, and that creates uncertainty. This environment we’re in has to be as long enough to satisfy all the story points, and a lot of times, it can branch off in multiple directions that can be tackled in any order. As the player – how far do you push? Do you do that one more room? What if that one last room is the boss battle? I think you do eventually develop a feel for that – even if it verges on meta-gaming – and I also think Steve and the writers of the adventure paths drop little hints that you ignore at your peril. It’s not quite a neon REST HERE sign, but you find that room with a bunch of beds that’s off in a corner of the complex and only has a single door to defend… someone might just be trying to tell you something.

In this case (Meta-Gaming Hat… ON!) I’m feeling like maybe we take care of business outside, exhaust all those possibilities, and then find the lair, and then maybe we’re able to rest up once we’re in the lair (or go back to the ship and rest before going in).

The last little thing that stuck out about this episode was that I got to use Tuttle’s (limited) Technomancer abilities for the first time. I didn’t necessarily expect to use it on slapstick comedy, throwing disembodied limbs around, but things never go as expected. Tuttle’s dream case is the chasm scene from Star Wars – he would’ve recognized the bridge controls as something important you don’t just start shooting like a doofus, and used his mage hand to extend the bridge. And they let this kid go to Tosche Station to pick up power converters without adult supervision?

Withering assessments of Luke Skywalker’s STEM potential aside, we end Episode 52 as we started Episode 1… about to wade into combat. For a barren asteroid, there sure are a lot of weird critters running around – are we sure this isn’t some sort of wildlife annex of the Diaspora Zoo? After the acid-bath fight, I’m initially underwhelmed by a few flying lizards, but I guess we’ll find out what sort of secret nastiness they have in store for us. And hey, maybe we’ll even find some cultists to fight eventually.

Happy Year One; we’ll see you on the other side!