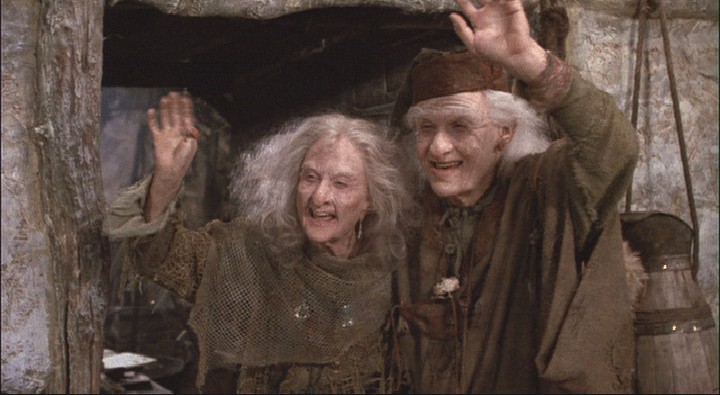 It turns out there’s actually a reason for that: the dreaded Technical Difficulties. I believe this episode was one where the laptop I play on was being squirrely: there was uninstalling and reinstalling of programs going on behind the scenes, and there may even have been a point where I had to reboot everything. Steve did a masterful job of editing things so you didn’t hear any of it, but it’s happened once or twice, and I think this episode was one of those. I have since done a full OS reinstall on my laptop right before leaving for PaizoCon, and it’s been a bit more spry since then, so maybe we’re out of the woods. I guess we’ll find out in our next few sessions.

Regarding Steve’s GM tip about making the mistake and fixing the combat in the middle: I do remember feeling in the moment like the fight was a little easier than I thought it was going to be. At the time, I thought we just got lucky – specifically, I was thinking the creature was going to have some sort of cross-contamination interaction with the remnants of the spore storm (either we’d get disease or the creature would use the spores to heal or something), and I figured we had just gotten lucky and avoided those consequences. It didn’t dawn on me until later that Steve might have weakened the fight because a mistake was made.

As I’ve said in other Talking posts, I am fairly forgiving of mistakes, and I figure in the grand scheme, they come out in the wash. For every mistake the GM makes that hurt your chances, he or she will probably make one in your favor if you wait long enough. Life’s too short to worry about it, most of the time.

Except when a character drops.

Character death is the one place where there’s no room for things to even out later, which is why I’m absolutely in favor of Steve’s policy of stopping the game to review a character death. Even though I have to be honest that I can’t remember a specific case where we caught and reversed anything. The last time I remember it even being invoked was in the Emerald Spire; I want to say it was John’s paladin that got eaten by a gibbering mouther. We just took a 10-minute break, Steve reviewed the combat log while the rest of us went and got a soda, and sure enough, he was dead.

First, it’s a logistical thing – losing a character can be a major disruption to a campaign, maybe even a campaign-breaker depending on the surrounding circumstances. I think in the case of John’s pally, we had the resources to afford a Raise Dead, but there are some campaigns where you can’t just go back to town and get a new character all that easily – heck, look at this situation we’re in now. If Hirogi had actually died, is it realistic for us to schlep out of the jungle for a week, sign up a new party member or buy some sort of rez, and go back in? Given the potential stakes, spending 10 minutes to dot the I’s and cross the T’s before you commit to potentially derailing the game for 2 or 3 sessions seems like a smart use of time.

There’s also the more emotional appeal, though. For what amounts to glorified Excel spreadsheets, we players sure come to care about these little scraps of paper quite a bit and imbue them with a fair amount of meaning. When they do occasionally die, it sucks, and it’s nice to know that Steve will take that extra time to make sure everything was done fairly. It’s a simple thing, but it feels like a show of respect for our character’s contribution to the overall story. (And I suppose it gives you a head-start on powering through the five stages of grief.)

But enough of the morbid death stuff. We survived the dinosaur attack, we’re still making progress, and perhaps most importantly, we finally found a way for Wahloss to earn his keep as something other than an omelet chef! OK, we stumbled into it by accident, but still. I’m not sure we want to lean all the way in on this: even though he saved Hirogi’s bacon, I’m still not crazy about sending Wahloss into the thick of combat while he’s the only person in the party that knows Elvish. I’m not sure what happens if we have to turn around because our translator bites it trying to hand us positions. Strategically, I think we probably want to assess on a case by case basis. Stationary slugfest against one or two bad guys, no AoE attacks… yeah, bring him in closer. Mobile, chaotic fight; lots of spellcasters, breath weapons… better to keep him in the rear with the gear. Really the best of both worlds would be to write CHDRR a potion-administration subroutine. (Or… add a weapon mount, equip a needler pistol… po-TAY-to, po-TAH-to.)

In the grand scheme, we’re a little over halfway to… whatever we’re supposed to find out there. 70 miles out, 50 miles left. So, somewhere between 4-plus (if we were to make all our rolls on hard) and 8-plus days (fail every roll) to go. Zan’s notes still mention quite a few landmarks yet to discover – the Plague Warden (giant statue of an elf, mentions something about absorbing illness, so… healing properties?), the Forsaken City (pyramid-y graveyard), and the Stairs To Eternity (big set of stairs that go up a mountain to a haunted temple). The writings on the obelisk also mentioned the Temple Of The Twelve. So still a lot of stuff we haven’t seen and a lot of answers to get.

But apparently, we’ll get them as level 4 characters. DING! as the MMO crowd says. I haven’t figured out the full Level 4 build but you can guarantee Tuttle will be taking Elvish For Dummies, so we can remove Wahloss as a single point of failure on this mission. (For those of you still adjusting to Starfinder from Pathfinder, Culture takes the place of the dedicated Linguistics skill.) I’ll have the rest of it figured out in time for next week’s show; in the meantime, feel free to visit us on social media and join the conversation.